The potential successors to Michael D. Higgins have been making grandiose statements about what they'd do if elected to the Áras.

None of them, however, seem to be aware of the actual functions of the role as prescribed by the Irish constitution, writes Don Morgan, a barrister.

It was Kevin Sharkey's dog that did for me.

END_OF_DOCUMENT_TOKEN_TO_BE_REPLACED

When I saw that even A Very Small Dog would stoop so low as to parade around the erstwhile darling of boom-time art circles in a bid to get a nomination for the Áras, it was at that point I realised the presidential race had turned into a farce.

Admittedly, President Higgins has used photo opportunities with dogs: the adorable disparity in size between himself and his two mahoosive hounds has helped immeasurably in the crafting of his persona of cuddly elder dwarf-in-chief.

Thank you to the President of Ireland Michael D. Higgins, Mrs Higgins (and Bród and Síoda!) for the warm welcome at Áras an Uachtaráin #RoyalVisitIreland pic.twitter.com/SeDS0LThJ5

END_OF_DOCUMENT_TOKEN_TO_BE_REPLACED

Even if he wins, and nothing is certain, we need to have a long, hard conversation afterwards about what exactly the Presidency is, because what’s abundantly clear is that the already tacky nature of the Áras race has damaged the prestige of the office, damage which may take years to fix.

Anyone remotely associated with Dragon’s Den wants to be President.

Gavin Duffy is the most proactive to date; Peter Casey expressed his difficulties with the potential removal of Article 41.2, the constitution’s recognition of the special role of ‘woman in the home’, a provision so outdated it’s caked in Angela’s Ashes. How he might win without the support of all the women of Ireland is another matter.

Sean Gallagher, the biggest loser last time out, is having another go in 2018. As they traipse from the various power brokers, from the County Councillors of Carlow to those in Meath, you’d think they were vying for the Iron Throne and that they could wield actual power that could change public policy, control immigration and the very way we live and look like.

END_OF_DOCUMENT_TOKEN_TO_BE_REPLACED

But as the candidates beg for the nomination, out come some really wacky candidates and even wackier stuff about what the Presidency can do: celebrity lookalikes wanting to greet Donald Trump, famine theme parks, etc.

Disturbingly, even a pretty disgusting conspiracy theory that Veronica Guerin wasn’t murdered by gangsters but by the state emerged from one prospective candidate, to the upset of the Guerin family. Thanks to Paschal Sheehy, this assertion didn’t remain unchallenged. Even ‘sensible’ candidates started spouting nonsense that would make Dustin the Turkey’s campaign to bring the DART to Dingle look like sensible infrastructural planning.

For the avoidance of doubt, this is what the Presidency is, recognisable to any second year schoolchild who stayed awake long enough during CSPE, though apparently not to many candidates. 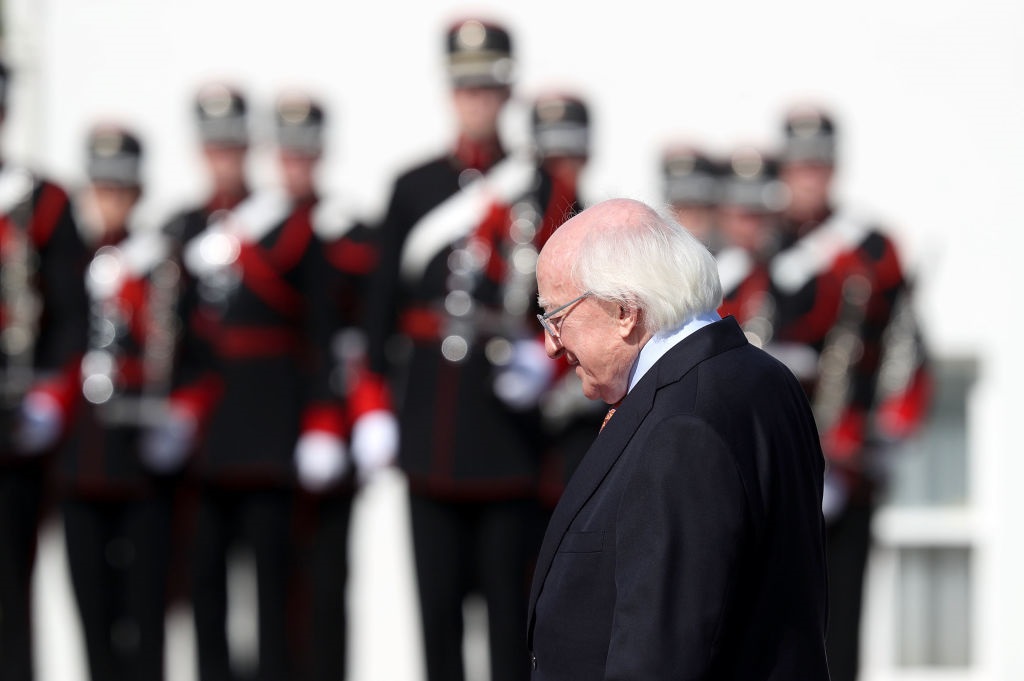 The President is a figurehead of the state and as such represents the state and its values. The President opens schools and makes nice speeches. The President can dissolve the Dáil, call the Council of State to test whether legislation may be unconstitutional, and welcomes dignitaries. The President can’t do pretty much anything else; not even leave the country without the government’s permission. Many if not all prospective candidates appear not to realise this and some others clearly would be better placed to occupy a spot under a bush on I’m A Celebrity Get Me Out Of Here than a place behind a desk in the Áras.

Until now, the President has also been of high intellectual calibre and those running for this largely ceremonial office would also do well to look at previous office holders who raised the bar of our discourse.

They were titans of Irish thought. Douglas Hyde championed the Irish language; Cearbhall Ó Dálaigh was one of the major legal minds of our republic, and his writing remains a significant part of our jurisprudence, well over 40 years since he left the Supreme Court for the Áras after Erskine Childers died in office. Marys Robinson and McAleese were trailblazers for women and broke open the boundaries of the office, harnessing that soft power Gavin Duffy correctly sees as existing in the office. In other words, the likelihood of mortification at sending the President abroad was always mercifully low. 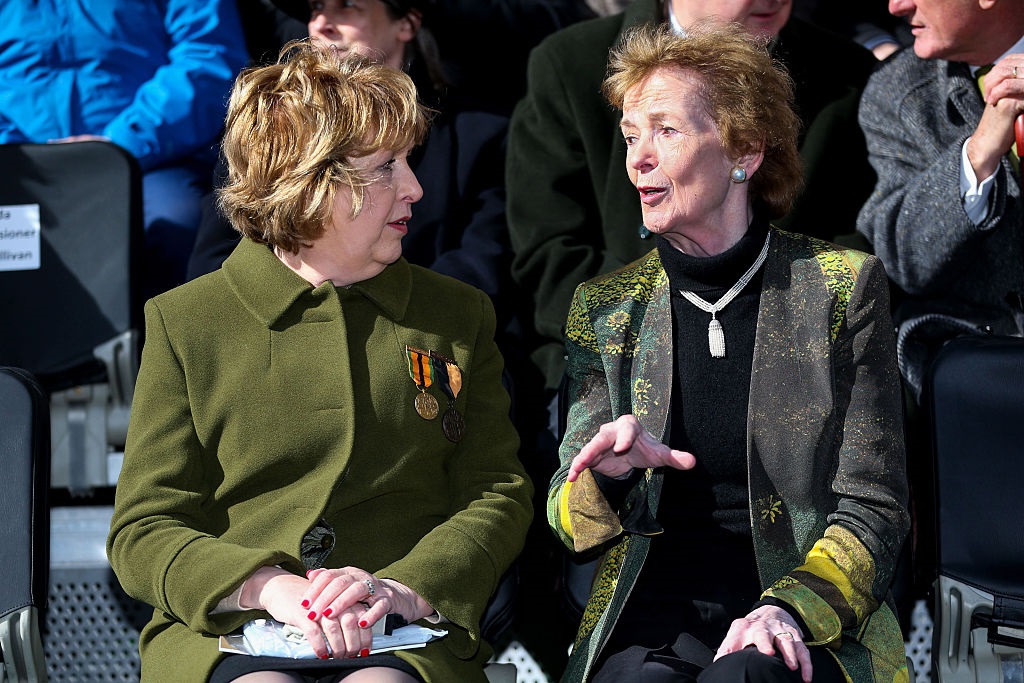 The soft power of the presidency has indeed huge potential. Mary Robinson’s finest hour was her visible anger in Goma, Somalia, at the plight of civilians during the famine of the early 1990s.

She was the country’s – and the world’s - guilty conscience. That power of symbolism was understood by President McAleese, when she took communion in St Patrick’s Cathedral. For those aware of the shabby treatment of Douglas Hyde during his inauguration - a man who, despite being a champion of Gaelic Ireland, was Protestant - this act of reconciliation had serious resonance for the country and for the office itself.

Has President Higgins failed in that regard? No, but he is in the mould of previous Presidents, who bar Hyde were to an old man (‘cos that’s what they were) career politicians, mostly at the end of their careers. His success, apart from just being Miggeldy, is in speaking to people of my generation who feel the goalposts are being constantly shifted through rising house prices, qualification inflation and lowering living conditions; the Precariat, as he calls it, are the victims of cynical post-crash backsliding on the social contract. And he (may have) bought ice cream for primary school kids, which is nice, isn’t it?

Soft power can also achieve a lot more than getting 50 99s from Teddy’s. Since the Utøya massacre, King Harald V of Norway speaks to the inclusion of all Norwegians in society and does so from the heart. The figurehead can be a healer.

But with the number of 'businessmen' and 'entrepreneurs' running reaching the hundreds at this stage, there is a notion doing the rounds that there is a binary choice between entrepreneurialism and intellectualism. Intellectual prowess and business acumen are not mutually exclusive.

A great example for the Gavin Duffys of this world is Richard von Weizäcker, Germany’s president from 1984 to 1994. A lawyer, businessman and politician, he was a lightning rod for West Germany in a position very similar to our President. On the 40th anniversary of the end of World War II in 1985, he called on his fellow Germans to finally look the truth about the war – the war of hatred, genocide, and ruination which they started and for which they had to atone – as best they could in the eye and to learn to live with each other, not against each other. That worked out pretty well until very recently. 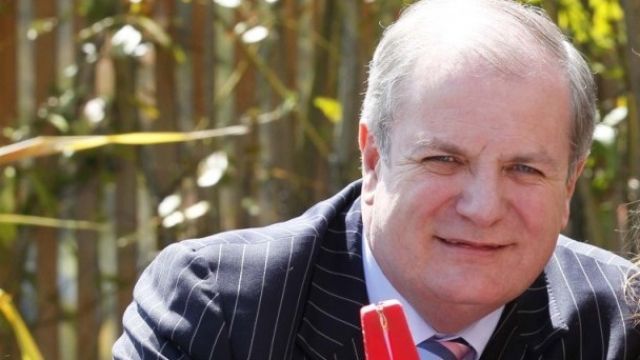 In Ireland, rubbishing the cerebral for headlines or to use the nomination process for attention seeking or to espouse pretty sometimes offensive opinions is wholly inappropriate. It damages the one office of the state where the grubby business of politics gives way to big thinking about who we are. Comments in the press that Miggeldy is too much an egghead are as stupid and tedious as the lie that business knows best.

But business people in particular need to grasp that they are not automatically better qualified for everything just because of what they do for a living. What’s more, judging by the nominations race to date, how many potential candidates are by their words and deeds in this process morally, whatever about politically or legally, fit for the Áras? The scandal is that this sideshow has given voice not only to the silly, but also to the ugly, whether it is about gender, race or the nefarious goings on of the state.

So if a dog does get on the ballot, I might just give them a vote after all.

popular
QUIZ: You'll need to be razor-sharp to get 100% in this General Knowledge Quiz
The JOE Friday Pub Quiz: Week 307
An exciting Irish crime thriller is among the movies on TV tonight
James May reportedly hospitalised after crashing into wall at 75mph filming new show
Shooting stars set to light up Ireland's skies this weekend
The JOE Music Quiz: Week 117
Thunderstorm warning to kick in for Ireland this weekend
You may also like
3 weeks ago
Boris Johnson signs off final PMQs as Tory leader with "Hasta la vista, baby"
3 weeks ago
Another Fianna Fáil TD has cast doubt on Micheál Martin leading party into next general election
4 weeks ago
Fine Gael support hits lowest level in 28 years
1 month ago
No general election in the near future as Government survives vote of no confidence
1 month ago
EXPLAINER: What the hell is going on with the no confidence vote?
1 month ago
Boris Johnson says he is "so sad to give up the best job in the world"
Next Page