How apt it is that Galway race week falls on the few days that the real runners and riders are rearing into full flow?

The Presidential Derby is just weeks away, boasting a full attendance, with all contestants vying to be in the money come 26 October.

END_OF_DOCUMENT_TOKEN_TO_BE_REPLACED

Irish society has, so far, seen 13 presidential elections – including the first one in 1938, which saw Roscommon Protestant Douglas Hyde voted in to the best seat in town.

Out of those 13, only seven elections have been contested.

On six occasions, only one candidate has been nominated, thereby depriving citizens of a vote.

This system, weak though it is, rubs up the general public the wrong way each time it comes around. Democratic though we are, it appears that systemic denial speaks deeper to the Irish psyche than the wish for a majority vote.

END_OF_DOCUMENT_TOKEN_TO_BE_REPLACED

With the president having no formal policy-making powers, presidential elections can often feel somewhat of a performative charade. What can't be interpreted as puppetry, however, are the credentials of the previous residents of the Áras.

We have a history of compassionate, literature-driven, legally affiliated human rights socialists as presidents who've manoeuvred the country to magnificent heights.

On only one occasion have the incumbents faced a re-election contest.

That was Éamon de Valera, a controversial figure right to the end, who faced a challenge in his 1966 re-election bid. Whatever people might think of President Higgins, he is not Éamon de Valera.

You know who else is not big Dev? His grandson. 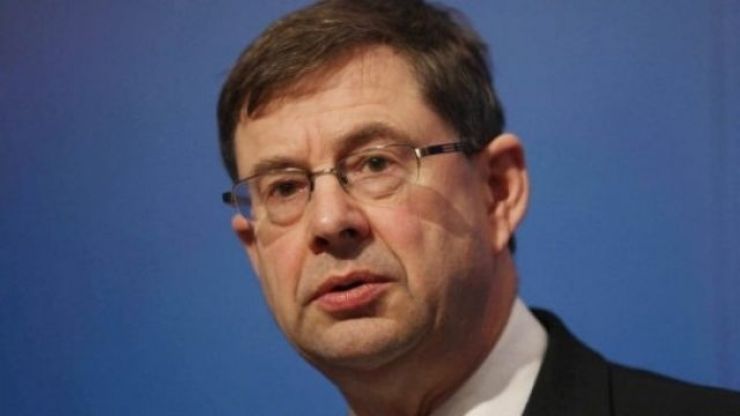 Hailing from Ireland's original political dynasty – with a penchant of entering races last minute – is none other than West Galway TD Éamon Ó'Cuív, the vote-no campaigning 68-year-old, whose grassroots campaign has been launched by a fellow Galway TD against deafening cries of 'No! You're out of touch!'

What’s particularly intriguing about Ó’Cuív's intent for nomination is that it appears that none of his party’s teammates are keen to support his bid as presidential candidate, let alone Uachtarán na hÉireann.

It was announced some time ago by party head Micheál Martin (of whom Ó'Cuív was his deputy) that Fianna Fáil would be supporting current President Michael D. Higgins should he seek a second term in office, despite its Ard Fheis calling on the party to field a candidate of its own

An unusual move for Fianna Fáil, a party with an undeniable adoration of having their own helming the ship, suggesting only that, in this case, they felt there was no-one suitable enough for the role. 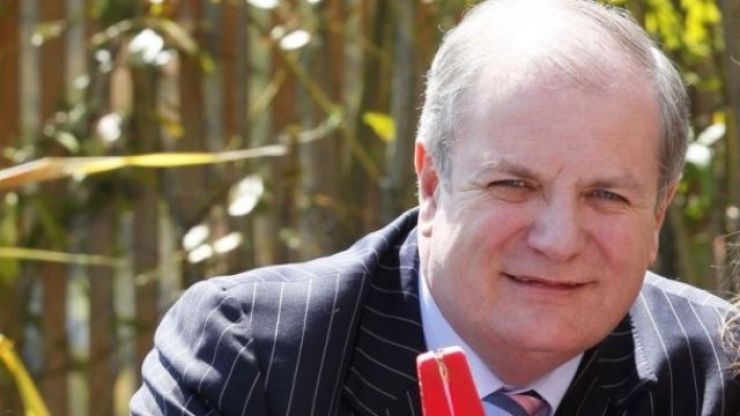 It's easy to compare Gavin Duffy to Donald Trump. It's also not fair.

A pinstripe-suit wearing, reality-show starring figure with more than a hint of self-assurance, the former chairman of the Hunting Association of Ireland is from entrepreneurial stock.

However, in his defence, he is actively not a Trump supporter, but that doesn't take away from the fact that he absolutely is the true antithesis of the current Áras incumbent.

He does, instead, remind one of a kind of new-age Charles O'Carroll Kelly, father of Paul Howard's Ross. A satirically authoritarian figure who can often be seen throwing money at the problem and deeming our great nation 'Ireland Inc.'

Upon discussing his intentions, he sounds more like a man preparing for a job interview as a car salesman rather than that of President of Ireland.

Also, having previously expressed that the country is, in its entirety, utterly law-ridden, is generally not a good look when the job you're running would see you, repeatedly, sign acts into law.

An altogether intelligent man who is clearly capable of handling delicate situations, Duffy comes across worriedly misinformed in his first plea to the Irish public as he claims that his potential predecessor does not speak to the hearts of the people. 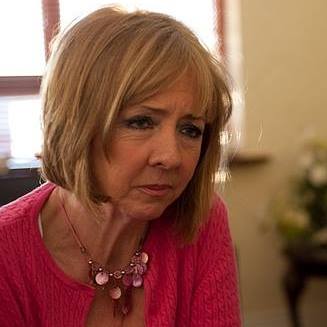 Freeman – the founder and former CEO of mental health charity Pieta House – was nominated to the Seanad by former Taoiseach Enda Kenny in 2016 and is the chairperson on the committee on mental health.

The 60-year-old made headlines back in 2016 when she donated the entirety of her €65,000 senator’s salary to the organisation she founded.

Freeman's family connections, however, have become the subject of cutting Twitter riots as her sister (former RTÉ presenter Theresa Lowe) and niece (Iona Institute spokeswoman Maria Steen) were heavily involved in the Save the 8th campaign.

Independent TD Mattie McGrath, meanwhile, famed for his denial on intending to obstruct the Abortion Bill into law, announced that he would support Senator Joan Freeman in the forthcoming election because “a good Catholic president would be refreshing”.

Freeman has combatted these conservative connections by saying that while she voted No in the referendum on the Eighth Amendment, should she win the role of president, she would "be happy as President" to sign the people's vote into law.

Something that didn't go unnoticed at Freeman's first address as presidential nominee is that, upon being asked a question as Gaeilge, she admits she couldn't answer due to her upbringing in the United Kingdom.

Indeed, it is not a pre-requisite for our country's most honoured ambassador to speak our nation's native tongue.

However, the fact that it was noticed in the first few minutes of Freeman's plea for candidacy shows that there remains a strong nationalist element in Ireland, perhaps a hangover of colonialism's past.

From a quick scan of social media, you can see that the mental health activist is widely considered as the most honourable of the contestants.

The Irish people aren't idiots. But we often are easily swayed.

As people praise Freeman for her tireless work promoting mental health over time, the general public – in true Irish begrudging fashion – is most certainly growing warier and warier, as has been evident since Freeman has declared her intent to run for office. 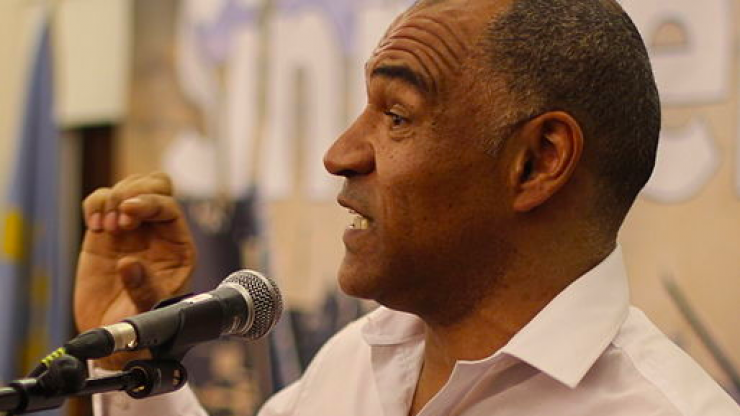 Next up is outspoken Celtic Tiger cowboy Kevin Sharkey.

An artist by trade, Sharkey first came to prominence as Ireland's first ever bi-racial television presenter in the 1980s.

Once considered the darling of the art world, the 57-year-old made his fortune by selling his pieces to the rich and famous. However, as the recession fell, so did his fortune – leaving him to seek emergency accommodation at the tender age of 54.

Sharkey claims that he can solve the homelessness crisis currently ravaging Ireland, from the comfort of, ironically, the biggest home in the country.

He is also acutely in tune with border control and immigration, mentioning how he believes that Ireland is a victim of "European experimental politics".

Sharkey has also been quite outspoken about his urge to become the First Citizen president. Who's keen to tell him that the average Irish citizen hasn't written songs for Bono and doesn't have paintings hanging in the homes of Charles Saatchi, Courtney Love and Kate Moss?

Sure what would he know? He's from Donegal.

Like any TV show worth its salt, we have a twist that will kick in just before the final curtain, ensuring an echoed scream of 'NO!' at the proverbial telly, reeling you in hook, line and sinker for next week's instalment. 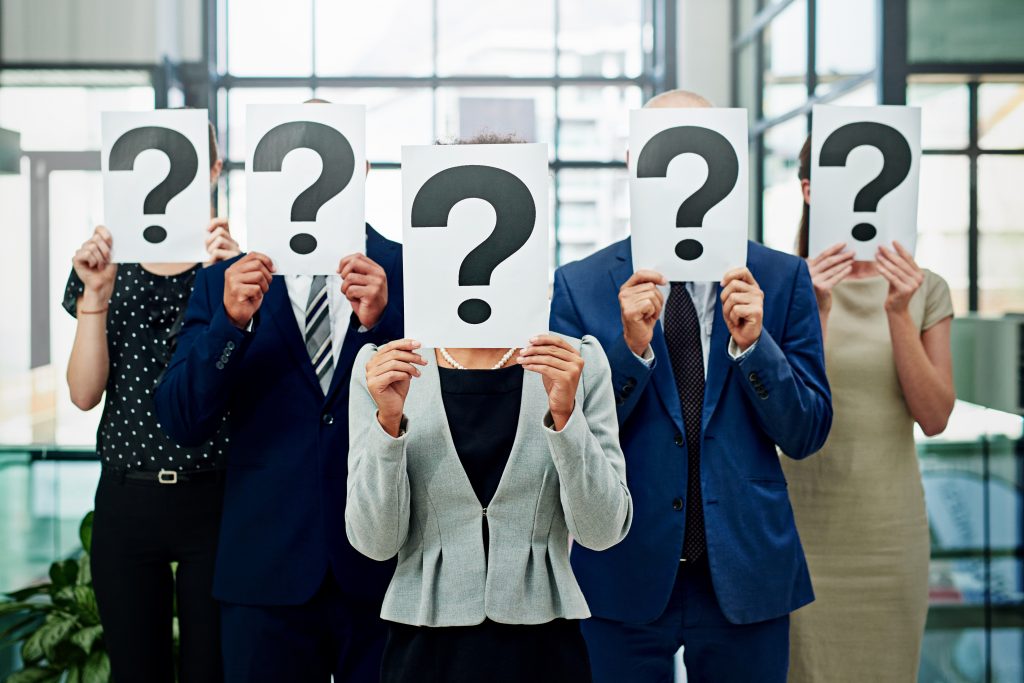 It was announced a week ago that a special meeting at the Ard Chomhairle will take place on 16 September in a bid to select a candidate to put forward.

The late selection for what, at this stage, feels more along the lines of the selection of a team for a pub quiz, has raised concerns with naysayers and contrarians alike – stating that the Shinners should own up and volunteer one of their own as tribute already.

Sinn Féin's David Cullinane rejected claims that the party's plan to nominate a candidate just six weeks prior to the expected election date was in a bid to avoid prolonged media scrutiny of their candidate.

It's been speculated that Liadh Ní Riada may be announced as SF's chosen candidate, something she has already vehemently denied... but didn't Michael D also deny that he would run again?

Ní Riada fell into a bit of bother of late and was labelled as an anti-vaxxer following concerns expressed about the HPV vaccine – a shot offered to first and second-year girls which prevents the development of cervical cancer.

The 51-year-old was taken up incorrectly, something she has since referenced on Twitter and has since been labelled as 'another anti-Vax moron' and 'full of unqualified shit'. Not ideal. 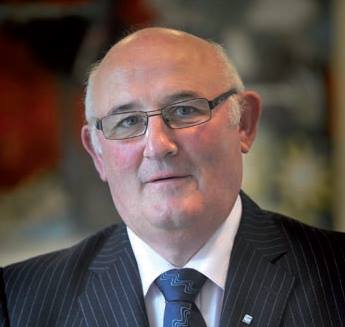 Then, of course, there is Gerard Craughwell, who nobly bowed out several weeks ago due to lack of personal funding.

In a way, we have the 64-year-old to thank for the fact that the upcoming election is going to take place at all.

If Craughwell hadn't raised the possibility of an uncontested election and persisted with his cause for an entire year, then there simply wouldn't have been one to begin with.

However, that it appears that 2018's hopeful nominees appear to be vying for a role that either doesn’t exist or is wildly misjudged. 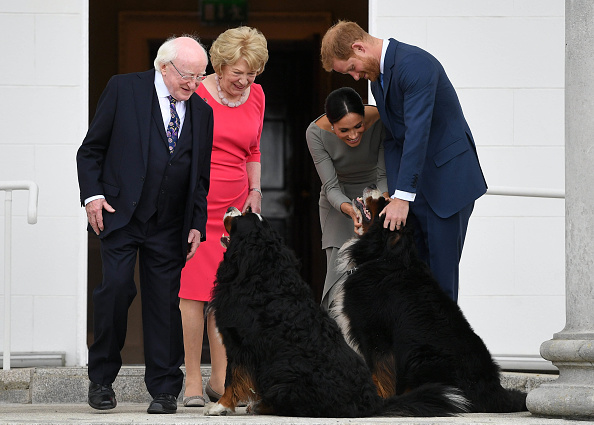 Who wouldn’t want an articulate, learned, well-spoken leader who fought for the forgotten and broke bread with the ostracised?

He partakes in LGBTQI+ rallies, supports the freedom of women, insists on the re-housing of refugees and actually invites the royal family over to play with his dogs. He requests that his salary be reduced and hosts children’s parties at the Áras so they can meet Santa.

He is a valuable guardian of the State and has proven time and time again that he can be trusted.

If the government is about power, the president is about people - something that President Higgins has proven time and time again that he is about the people.

In 2011, he entered the Irish presidential election, which was contested by a record seven candidates.

The campaign is remembered as being uncharacteristically brutal, with the characters of the candidates coming under deep and intense personal scrutiny.

This was before the cruel beast of Irish Twitter bared its teeth, with a barrage of hot takes and polls, and had the potential to wring the towel of democracy dry like it does now.

However, this time we can see the incumbent rising from the proverbial ashes unscathed once more, and this time he's going to claim a good deal more than 57% of the vote.