More surgical procedures for transgender people could be available in Ireland if the number of people being referred to the national gender clinic increases.

The number of trans people in Ireland using online fundraisers to pay for private healthcare almost doubled within the space of a year, as waiting lists for public gender healthcare continue to grow.

The site told JOE that the vast majority of these fundraisers were trying to raise money to cover the cost of private trans healthcare in Ireland.

This weekend, trans rights activists will hold a rally outside Leinster House in protest against the failure to improve transgender healthcare in Ireland.

This Is Me, the Irish transgender healthcare campaign, said it wants the government to introduce “safe, accessible, best practice, person centred healthcare for all trans and non-binary people.”

At the moment, it takes over a year for a person to get their first visit with the National Gender Service, according to figures provided to JOE by the HSE.

While not all trans people will go on to have gender affirming surgery, it’s important to be able to access it within a reasonable timeframe for the ones who do. There are no medical staff in Ireland who are able to perform top surgery, which means trans people have to travel to other countries for surgery through the treatment abroad scheme or the cross border directive.

It can take three years to access top surgery through the public health service from the person’s first appointment, because patients need to go through pre-operative assessments and apply for state funding. There can then be waiting lists in clinics abroad. The National Gender Service described this as a “complex process with many steps,” and said that some parts of it were out of its control.

The length of the process means that some trans or non-binary people may choose to go privately, due to the damage to their mental and physical health while waiting for important procedures like top surgery. Female to male transgender people will often bind their chest for hours if not days in a row to flatten the appearance of their breasts. This can cause damage to their lungs, and scarring.

"Being trans in Ireland, dealing with the public health system, is quite difficult."

In the space of a year, twice as many trans people in Ireland crowdfunded to access healthcare. Fionn is one of them.

He held a pub quiz to raise money for his top surgery. pic.twitter.com/x8ppYaFQFF 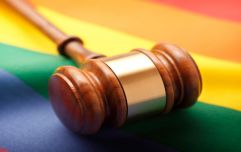 END_OF_DOCUMENT_TOKEN_TO_BE_REPLACED

Availing of private top surgery in the UK can cost over €8,000, which can be unaffordable for many trans people. Hundreds have instead asked friends, family, colleagues or even strangers online to donate to fundraising campaigns to help them raise the money.

Dr Karl Neff, a consultant endocrinologist and the clinical lead for the National Gender Service, told JOE that HSE waiting lists are “longer than we would like them to be.”

Dr Neff said that at the moment, there is no surgical service in Ireland that offers “a full suite of gender affirming procedures in Ireland.”

"For a surgical team to offer a service that can deliver the best outcomes, a sufficiently high volume of surgical cases is needed per year.

"If a surgical team does not complete a sufficiently high number of cases per year, then quality drops and outcomes are suboptimal. At present, it is not thought that a specialised gender surgical service would be viable in Ireland, but this may change if referral rates to the National Gender Service continue to increase.”


popular
QUIZ: Can you guess the pixellated movie posters?
QUIZ: Can you name all these European countries just from their vowels?
QUIZ: Week 16 of JOE's 19 in 90 quickfire quiz is here
Dublin pub to host a 'doggy date night' where you can bring your dog to dinner
"Totally unacceptable." Final year students at WIT hit out after extra module added to final semester
Here are Ireland’s favourite takeaways, as per the National Takeaway Awards
Three US firefighters die in Australia as water tanker plane crashes
You may also like
3 weeks ago
Disney need to start letting their gay characters be gay
1 month ago
Ireland named in 20 safest countries for LGBTQ+ people to travel to
2 months ago
Russell Tovey on the amount and type of roles offered to LGBTQ+ actors
5 months ago
Miley Cyrus, Curtis Pritchard, and the continuing battle with biphobia
6 months ago
Thousands set to take part in Dublin Pride
7 months ago
Bishop of Ossory addresses comments by Kilkenny priest comparing gay people to zombies
Next Page