QUIZ: How well do you remember these classic PS2 games?

Only a true games guru (bonus points if you remember Gamezville) would get more than eight.

The PlayStation 2 will turn 19 years old this year. If that fact doesn't terrify you, it's hard to know what will.

That doesn't mean the PS2 generation is past it though, right? We're still cool... 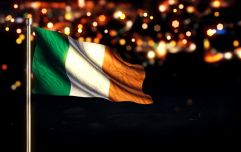 QUIZ: Can you name all the counties in Ireland without the letter 'E'?

END_OF_DOCUMENT_TOKEN_TO_BE_REPLACED

The console itself might be knocking on, but classic sagas like God of War and Silent Hill are as strong as ever. Plus, GTA: San Andreas has gotten the meme treatment over the past few years which is always nice.

It's hard to see any modern consoles having the same lifespan either, as the PS2 was chucking out games until Pro Evo 2014. That's a lifespan of over 13 years, which isn't half bad considering the PS3 came out in the middle of that time.

The only way to effectively do this quiz is to have Safri Duo Played-A-Live (a.k.a. the greatest FIFA song of all time) playing in the background. 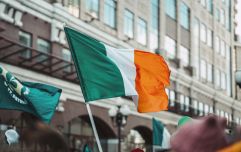 QUIZ: Can you get top marks in this short but tricky Irish geography quiz?

END_OF_DOCUMENT_TOKEN_TO_BE_REPLACED

Not that you needed to be reminded of what a beast of a console it was, but how well do you know its best games? It's time to pop on your nostalgia-tinted glasses and give it a whirl.

They don't make 'em like these classic PS2 games anymore.

Click here if you can't see the quiz.
popular
Netflix has just added an incredibly tense 97-minute thriller
Irish person dies after drowning in Spanish resort swimming pool
18 counties hit with weather warning as temperatures set to reach 29 degrees
Nearly 100 flights delayed at Dublin Airport on Monday
A county-by-county breakdown of the average rent in Ireland as rent inflation reaches record high
Second Covid booster vaccine being rolled out to more cohorts this week
QUIZ: Can you get top marks in this short but tricky Irish geography quiz?
You may also like
3 days ago
QUIZ: Can you name the movie from a single image?
3 days ago
The JOE Music Quiz: Week 116
4 days ago
QUIZ: Test your skills to the limit with this General Knowledge Quiz
4 days ago
QUIZ: Can you name all the counties in Ireland with an ‘N’ in their name?
4 days ago
The JOE Friday Pub Quiz: Week 306
2 weeks ago
The JOE Friday Pub Quiz: Week 304
Next Page