One of the takeaways from this year's championship has been the size, strength and speed of this Dublin team. 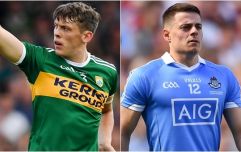 END_OF_DOCUMENT_TOKEN_TO_BE_REPLACED

It is nothing new to look upon this champion team with a sense of awe. They rarely falter, tire, panic or lose. But seeing them next to their markers from Galway and Tyrone - in the semi and final - one was struck by their immense physicality and athleticism.

Sure, there will always be a Damien Comer or Cathal McShane to tip the scale but, overall, this Dublin side holds a clear edge. It was not always the case.

Colm Parkinson and Conán Doherty were joined by former Dublin star Denis Bastick on The GAA Hour and (from 41:00 below) he spoke about a 2009 game against Kerry that told him, and many teammates, that it was time to take it up a notch. 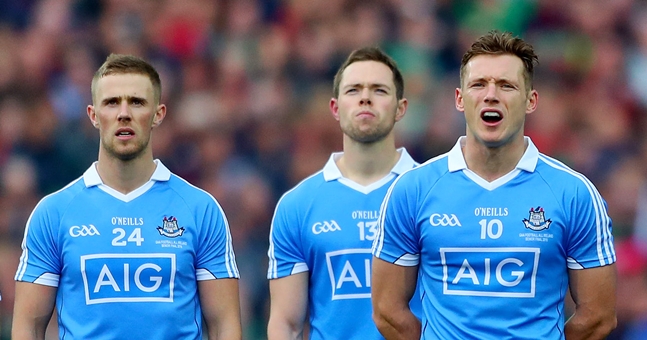 "Mayo can almost match Dublin but that's the big difference you see between them and other teams," said Bastick.

"You can go and play well against Dublin for a period of time but you don't have the legs and strength to outmuscle them. That's where you fall down."

Parkinson noted how much bigger the Dublin players, as a whole, looked compared to Galway and Tyrone. Bastick commented:

"A lot of work and effort goes into that. They've got a great strength and conditioning coach in Bryan Cullen. That area is worked on more now.

"It's more power based now and it is not just to get big and muscly for your t-shirt. It's more game effective. What do you need to take the hits, knocks and get up, and get on? It's power-based and about explosiveness."

Some inter-county players, Parkinson observed, may be obsessing with the bar-bells and bicep curls but Bastick joked that quite a few of this current Dublin team are fond of those reps too.

Parkinson put it to Bastick, who claimed five All-Ireland winners' medals before hanging up his inter-county boots, that the sheer strength of many Dublin players put off the likes of Lee Brennan and Niall Sludden from taking on their men in one-on-one scenarios. Bastick could definitely understand that logic.

"I felt that in 2009 when we came up against Kerry. They were at a different level. At a different, physical level than I was at that time." 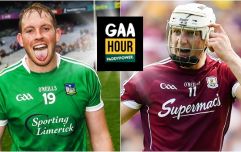 END_OF_DOCUMENT_TOKEN_TO_BE_REPLACED

With Bastick retiring late last year, only five players remain from those that featured in that 1-24 to 1-7 walloping by Kerry back in 2009. They are Stephen Cluxton, Paddy Andrews, Cian O'Sullivan, Paul Flynn and Bernard Brogan.

Dublin are new-look in more ways than one since that chastening day at Croke Park, nine years ago. That game was the catalyst for Bastick and several others to change, and the latest generation merely drove it out.

House of Rugby Ireland · Quinn Roux on finding a home in Ireland and Mike McCarthy brings the absolute HEAT!
popular
The JOE Movie Quiz: Week 85
20 of the best comedies to watch on Netflix right now
The 50 most iconic songs of all time* have been revealed
QUIZ: The JOE Music Quiz: Week 41
Yewande Biala releases statement discussing racism on Love Island
The JOE Friday Pub Quiz: Week 227
Gardaí warn of scam targeting AIB customers
You may also like
1 year ago
WATCH: "Some of the biggest names in GAA" give their thoughts on the All-Ireland final
1 year ago
PICS: Paddy Power builds ‘Donald Plaza’ in Clare to mark the arrival of Donald Trump in Ireland
1 year ago
WATCH: Rhodri Giggs responds to the news that his Paddy Power advert has been banned
1 year ago
WATCH: These incredible Cheltenham impressions will get you buzzing for next week
1 year ago
WATCH: Paddy Power reveal Rhodri Giggs as new ambassador with ‘loyalty is dead’ promo video
1 year ago
PICS: Paddy Power double down on their England slagging with huge billboards all across Dublin
Next Page