“It allowed me to escape.”

Independent Senator Lynn Ruane has described going through a period of “chaotic drug use” that she says lasted for nearly three years.

Speaking to Ireland Unfiltered, Ruane told host Dion Fanning that using drugs allowed her "to escape” and provided her with “a sense of comfort” at a time when she felt disconnected from her family. 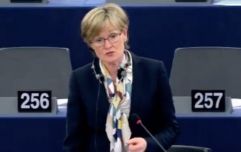 END_OF_DOCUMENT_TOKEN_TO_BE_REPLACED

“I was a risk-taker. And I didn’t really feel like I had a lot to lose and I was probably very much in the moment of that drug use for about two... I had two years of really chaotic drug use, maybe near three years, and it allowed me to escape,” Ruane said.

“And maybe because I felt so disconnected from my family at the time, I was looking for that sense of comfort somewhere else and I found it in that kind of drug-using culture and I think I felt that my friends understood me a bit more because we were all kind of experiencing the same environments.”

Reflecting on that period of her life now, Ruane said that she hasn’t arrived on any explanation for her chaotic drug use and that it could boil down to the fact that she simply liked doing it at the time. 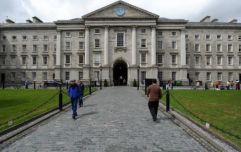 END_OF_DOCUMENT_TOKEN_TO_BE_REPLACED

“But then again when I say this, you’re looking back and you’re trying to make sense of stuff,” she added.

Ruane, a former President of the Trinity College Dublin Students' Union, also spoke about a range of other topics, including the double standards that exist in Ireland's legal system and, having recently spoken about it on national television, her experience of being raped. 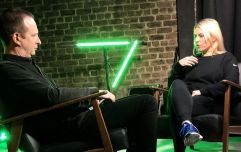 "My heart is just taking a little longer to catch up..." - Senator Lynn Ruane speaks bravely about being sexually assaulted

END_OF_DOCUMENT_TOKEN_TO_BE_REPLACED

You can listen to the fourth episode of Ireland Unfiltered in its entirety by simply clicking here and you can use #IrelandUnfiltered to join the conversation on social.