"I would be dumbfounded by my own sadness of being so isolated."

In his 2009 article titled The End of Solitude, literary critic and essayist William Deresiewicz outlined our contemporary dilemma vividly: “The more we keep aloneness at bay, the less we are able to deal with it and the more terrifying it gets.”

But keeping it at bay when your career is heavy with the works of Samuel Beckett was never really a realistic proposal for Athlone's Lisa Dwan. 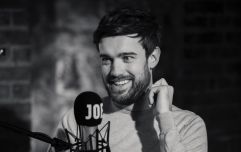 END_OF_DOCUMENT_TOKEN_TO_BE_REPLACED

In fact, she credits Beckett with having a profound impact on her life, not just in her acting career, but also on a personal level after what was, at times, a difficult childhood.

“I was your typical lonely kid,” Dwan said on Ireland Unfiltered this week. “I was always a bit odd. As a result of being odd, I was badly bullied. That just makes you lonelier.

“I was that kid who didn’t have anyone to eat lunch with and so, I would just walk. My lunchtimes were walking. I’ve very strong memories of lunchtimes as a kid, looking down at my shoes and occasionally the shoelaces becoming blurred as I would be dumbfounded by my own sadness of being so isolated.”

Dwan, who is a star in the hit TV series Top Boy, is also renowned as one of the great interpreters of Beckett’s work and has recast the narrow narrative of how we view his work with her own take on the Irish bard. 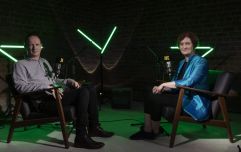 END_OF_DOCUMENT_TOKEN_TO_BE_REPLACED

New York Times chief theatre critic Ben Brantley has previously called her “an instrument of Beckett, in that way saints and martyrs are said to be instruments of God.”

But Dwan hasn’t just changed how we view Beckett; he also moulded her into the person she is today.

“One of the things about licking the ground of loneliness, which I have done, and I don’t say that lightly, but when you do Samuel Beckett’s work, eyeballing some of the really difficult aspects of life and reality and humanity, and you travel the world – which I did with the Beckett’s for years on my own, waking up in a new place on the wrong time zone to call someone who might care – and eyeballing the deepest darkest aspects of humanity and human frailty.

“Or confronting our own impending death which we’re all just a breath away from but we so rarely talk about or face. 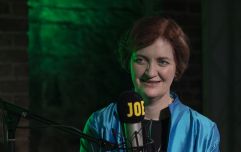 Emma Donoghue: “Sometimes I’m thinking, ‘I cannot believe how much my Ireland has changed’”

END_OF_DOCUMENT_TOKEN_TO_BE_REPLACED

“I remember someone saying to me, ‘Beckett is a very cruel writer, it might be OK for him to describe the world in this way but the rest of us need our delusions,’ and she’s right. Beckett in particular gets us to confront these things.

“I did go to those depths of loneliness and often very much in quite frightening and fragile psychological states as a result. But it did liberate me from the fear of loneliness because I think I licked the bottom of my own loneliness, and it meant I wasn’t making decisions based on fear of loneliness.

“So I was kind of liberated from the fears and I found an enormous amount of joy and discovery in those places too.”

popular
One of the best movies of the decade has just been added to Netflix
Cristiano Ronaldo 'agrees £173m-a-year deal' with Saudi club
Country singer Jake Flint, 37, dies in his sleep just hours after his wedding
20 years ago, one of the best sci-fi movies of the 21st century was a box-office bomb
U2 drummer Larry Mullen Jr. says band may perform without him in 2023
Katherine Ryan says famous TV star is a ‘predator’ and everyone in industry knows
Surprise frontrunner emerges as potential next James Bond as producers 'love him'
You may also like
3 years ago
Ireland is building alliances in the EU to create “The Bad Weather Club”
3 years ago
Reginald D Hunter on the glory and horror of life as a stand-up comedian
3 years ago
Joe Brolly: "The DUP is about narrow self-interest"
3 years ago
'I was told Joanne Cantwell had lost confidence in my abilities as an analyst'
3 years ago
Here's how to get tickets to Ireland Unfiltered Live with Joe Brolly
3 years ago
There will be no price to pay for loyalty of the EU, according to Paschal Donohoe
Next Page