"I think he’s having the season of his life, at this point."

Munster went to Connacht at the weekend without Conor Murray, CJ Stander, Chris Cloete, Dave Kilcoyne or Rory Scannell in their starting XV. They had Peter O'Mahony leading them out, however, and that was a great way to start.

He was on the pitch for 65 minutes - right up until Munster got the tryscoring bonus point and went 14 clear - and he helped secure four turnovers on a night when both sides threw whole kitchen suites at each other.

Saturday's 31-24 victory over Connacht was O'Mahony's 11th start of the season and we are only at the mid-point. Conscious, perhaps, that he will be away until mid to late November of the 2019/20 season, the Munster captain is packing a lot in for the current campaign.

END_OF_DOCUMENT_TOKEN_TO_BE_REPLACED

Look back on some of those 11 starts and big performances spring to mind - Ospreys, Ulster, Exeter, Gloucester, Glasgow, Castres (x2) and Connacht. In the middle of all that, the 29-year-old was Ireland's stand-out player in wins over Argentina and New Zealand, a game that was his best in a green jersey.

O'Mahony's latest display came as no surprise to Barry Murphy and Andrew Trimble, two former teammates. On Baz & Andrew's House of Rugby [from 5:00 below], both men gushed about the Cork native's current form. 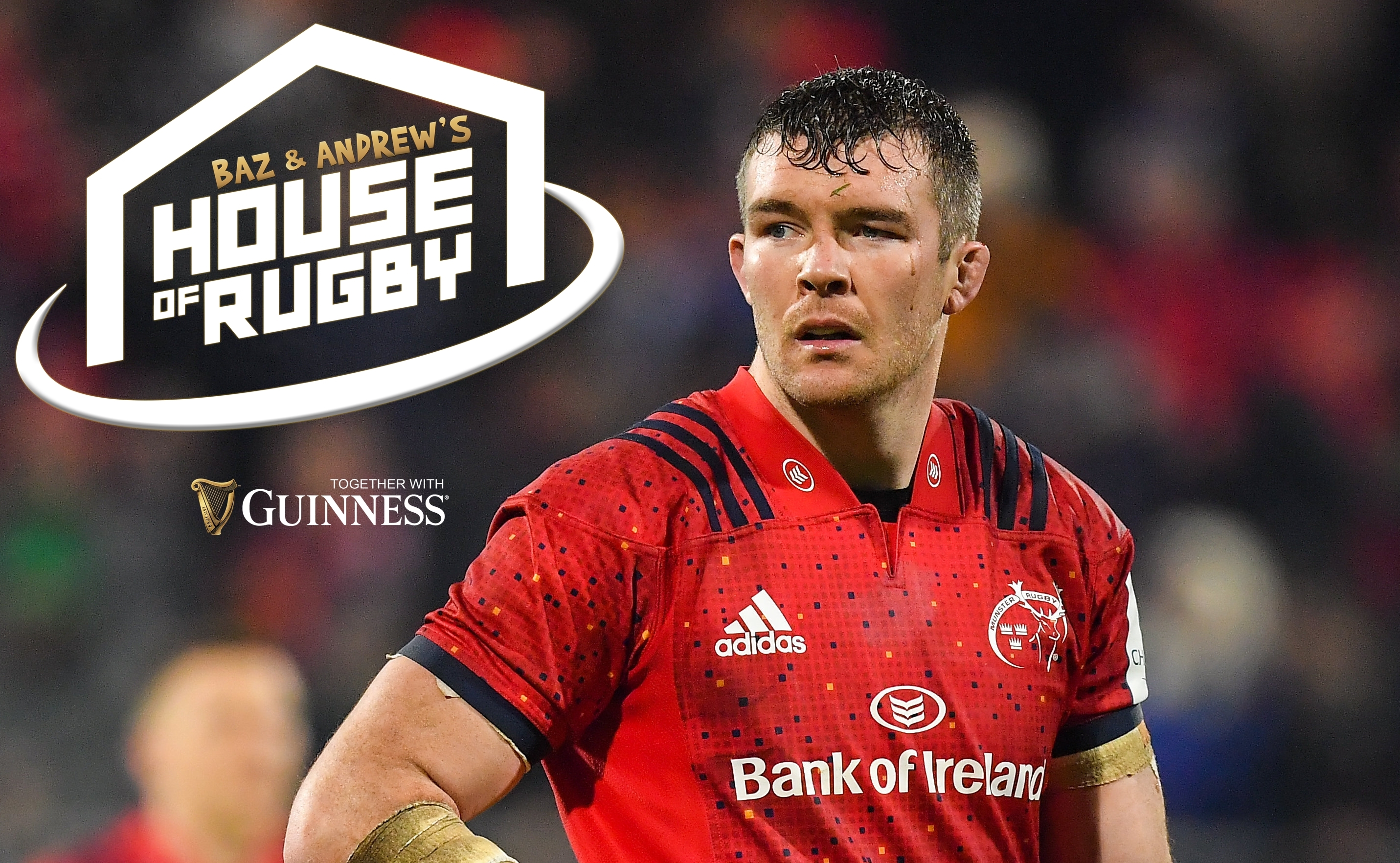 "Isn’t he," Murphy replied before touching on an interesting pre-season story about O'Mahony. "He’s just… I think he’s having the season of his life, at this point.

"I heard during the pre-season that he had a huge pre-season. His fitness was better than ever and he was working very hard, and it has just shown in every game that he’s played. He has massive moments throughout now, in every aspect of the game. Three turnovers again at the weekend. Couple of lineout steals as well, which, as you said, they pin them in the corner.

"Like, Earlsy had a few kicks, Conway, Carbery, Murray, where they are pinning Connacht in the corner and then getting up with three or four jumpers in the lineout and putting them under serious pressure. That is the Munster style of play now."

It must be noted that O'Mahony was Ireland's captain in Australia - a Test Series they won - after Rory Best sat out the tour Down Under. He was immense on that tour and followed on nicely from Ireland's Grand Slam run, in which he started all five games. It would have been understandable if he eased into 2018/19 but he tore into pre-season and the benefits are clear as day.

That style of play is certainly taking shape midway through head coach Johann van Graan's first full season. Rabid line-speed and a defensive press that, Murphy argues, forces teams to question the sanity of going wide. If they turn back inside, they hit a red wall.

Even when sides do breach that press, teammates are quick to scramble back and make passing, and quick play, as difficult as possible. Even when the impressive Tom Farrell beat O'Mahony for a line break, in the first half, the Munster blindside scrambled back.

Tadhg Beirne grabbed and pawed at Farrell to slow his burst and O'Mahony pounced on Caolin Blade when the Connacht 9 received the offload. He brought him down, released for the briefest of moments, and dipped back in to force a penalty. It was classic, borderline O'Mahony.

O'Mahony was pinged for a couple of infringements at the breakdown - proving he is not infallible - but he was invaluable to his team's success. At the lineout, again, he was a nuisance to the hosts and he stole one Dave Heffernan throw to get Munster the ball back, minutes before Carbery got his fourth.

When we listed our top five Irish players of 2018, a slew of rugby fans stated that the list was sorely missing O'Mahony's presence. They had a good point.

That work in pre-season, his drive in the first four months of the season and a handy run of fitness and form have put O'Mahony, Munster and Ireland, in a great spot.

CHECK OUT THAT EPISODE HERE:

popular
Gardaí unveil new Armed Support Unit vehicles to replace older models
Rockstar Games reportedly shelving remasters of two of the best games ever made
Conservative Party vice chairman resigns live on TV as Johnson administration thrown into turmoil
One in two young people likely to not own a home by the time they retire
Amazon Prime Video has just added 51 big movies to its library
The full list of cancelled flights in and out of Dublin Airport on Monday (so far)
An action-packed thriller is among the movies on TV tonight
You may also like
3 months ago
Scottish Parliament official dies during rugby game in Dublin
4 months ago
Every Guinness fan needs to try these brand new experimental beers
4 months ago
"Samaritans saved my life" - Brent Pope praised for honest interview on Tommy Tiernan Show
7 months ago
QUIZ: How well do you know these famous Ireland players?
1 year ago
"You want to prove them wrong, even if they're not telling the right story" - Conor Murray
2 years ago
There will be no price to pay for loyalty of the EU, according to Paschal Donohoe
Next Page