“He must’ve brought it in under ten minutes.”

The Catholic Church might not have the level of influence over the people of Ireland it once did, but going to mass remains a staple part of the routine for many in towns and villages throughout the country.

Whisper it, but not every member of the churchgoing populace is a fan of the long mass perfected by the likes of Father Clippit in Father Ted (“three hours he does on a good night”). 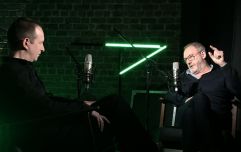 END_OF_DOCUMENT_TOKEN_TO_BE_REPLACED

In fact, a significant portion of the congregation in every parish will likely tell you that brevity is a much more preferable option and that the shorter a mass is, the better.

Stories of short masses have become the stuff of legend in Ireland and during a discussion with Dion Fanning on Ireland Unfiltered this week, Arthur Mathews, who co-created Father Ted, told one that sums up both the appeal of a short mass to Irish churchgoers and of the great resourcefulness of Irish priests.

Speaking about his Uncle Tom, a priest who was active abroad as well as in Ireland, Mathews told Fanning about a time when circumstances forced him to say a mass in the most unlikely of places in what must be record time. 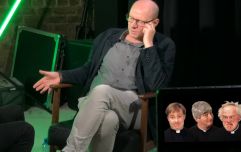 END_OF_DOCUMENT_TOKEN_TO_BE_REPLACED

"So true enough we went off to Avis Rent a Car or something and he was in the front and me and my sister in the back and he just said the mass in the front seat. He got the stuff out the back, the chalice and the little silver box and he said it.

"We were looking at him in the mirror, it was bizarre. And all these people, like y'know, pilots and people, passed the car while he was saying mass."

Asked by Fanning if it was a fast mass, Mathews responded: "It was really fast, yeah. There was a small sermon about my mother but he must’ve brought it in under 10 minutes I'd say."

After Fanning recalled the exploits of a priest from his childhood, who regularly completed mass in less than 10 minutes, Mathews harked back to a time when Irish people were prepared to stretch all sorts of boundaries in pursuit of a fast mass.

"People used to... I think I read that when cars, people started driving cars, they'd use them to go to another parish where they'd get a shorter mass." 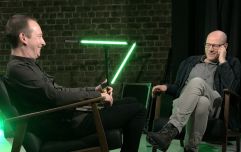 END_OF_DOCUMENT_TOKEN_TO_BE_REPLACED

You can listen to the sixth episode of Ireland Unfiltered in its entirety by simply clicking here, and you can use #IrelandUnfiltered to join the conversation on social.

Ireland Unfiltered, brought to you in partnership with Carlsberg Unfiltered, is available everywhere you get your podcasts and on YouTube every Tuesday.

popular
Conor Mcgregor hit by car ‘at full speed’ while cycling
Parents left in shock after gorillas start mating in front of kids at zoo
Colin Farrell shouldn't win the Oscar this year
DJ accidentally shoots herself in the face with a confetti cannon while performing
The JOE Friday Pub Quiz: Week 331
Harvard study reveals how many times men should ejaculate each month to stay healthy
Netflix has just added one of the best sci-fi movies of recent years
You may also like
2 days ago
All of the new Netflix movies and shows arriving in February
3 days ago
New Netflix series deserves to be as big as Stranger Things
4 days ago
Rick and Morty creator dropped from own show following domestic violence charges
4 days ago
Britain's Got Talent confirms David Walliams' replacement
5 days ago
Where to watch 2023's ten Best Picture Oscar nominees
5 days ago
Love Actually star reveals incredibly emotional behind-the-scenes story
Next Page