"It's a tough one, and as long as I'm playing a contact sport, I will have to keep working on it"

Tommy Walsh is enjoying life as a club footballer for now.

In 2009 the Kerryman headed Down Under with the world at his feet. He had the pick of the AFL clubs and eventually it was St Kilda who won the race to secure his signature.

END_OF_DOCUMENT_TOKEN_TO_BE_REPLACED

He'd spend two years there in Melbourne before transferring to the Sydney Swans in 2011. He'd go onto make five senior appearances for the Swans, but a series of nagging injuries ensured that his AFL experience was a tough one.

An injury he sustained just as he was beginning to come of age in 2013 was the one that eventually put paid to his oval ball dreams. He was showing well in a game against Essendon before his hamstring ripped clean off the bone as he stretched to claim a ball. 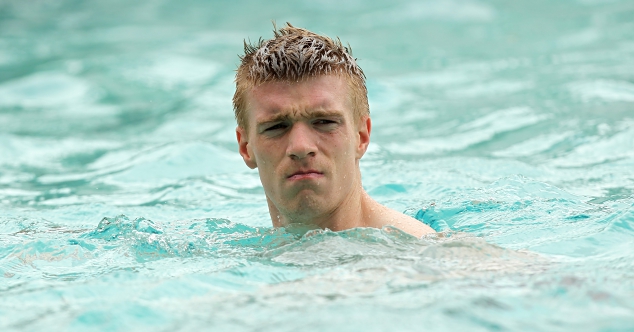 A gruesome injury, it was the same one that would end Paul O'Connell's rugby career. It was a full year before Walsh would play another game in Australia, but it was no surprise that it took him a while to find his feet again.

The injury was so bad that during his spell on the sidelines, his primary aim wasn't to get back to full flight, it was more to get back playing at all.

"The biggest thing for me was that I'd be able to play sport at some level again," he said to Colm Parkinson on Thursday's GAA Hour Show.

And then he went on to describe the grimness of that injury.

"It's pretty bad...Even after that year, I still had complications with it. I missed the whole summer last year with the same hamstring, it might only be 75 or 80% of the one on the right. I have to work on it all the time to keep it there.

"It's a tough one, and as long as I'm playing a contact sport, I will have to keep working on it to make sure it doesn't come back again," he said.

As a 26-year-old in 2014, he decided he'd had enough of the Australian dream and he made his way back to Kerry. 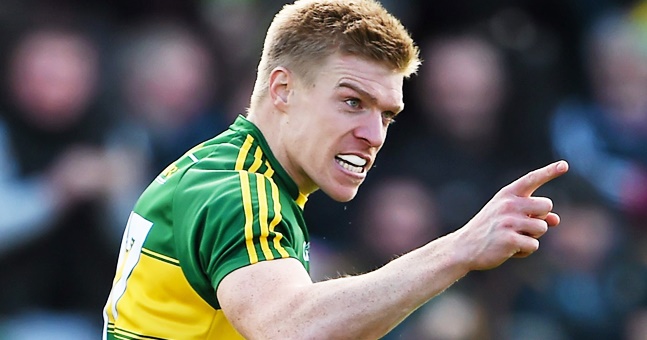 But that didn't go as planned either and despite a few League appearances, he never got a consistent run in the team under Eamon Fitzmaurice, and in 2016 he decided it was time to call it a day.

On Sunday, Walsh scored 2-2 as his club Kerins O'Rahillys pulled off a surprise win over Kingdom kingpins Dr Crokes.

"I haven't missed any games with the club this year, that's probably made the whole thing a little bit more enjoyable for me," he said.

"There's less pressure at that level. It's probably been the first time since 2012/2013 that I've been able to play a consistent batch of games."

He looked back to his best out there.

GAANOW looks to @Kerry_Official Club SFC as Kerins O'Rahillys overcame Dr. Crokes 3-18 to 2-17 at Fitzgerald Stadium! @drcrokesgaa were ahead by nine points with ten minutes to go, but two Tommy Walsh goals and another by Karl Mullins in stoppage-time saw @korgaa take the win! pic.twitter.com/dM0BGmqMPB

But even with Kieran Donaghy's retirement leaving a gap to fill at the edge of the square, he hasn't thought about a Kerry comeback.

"It's not really something I'm thinking about...I'll be putting all my focus on my club over the next couple of months," he said.

You can listen to the Tommy Walsh interview, and much more from The GAA Hour Show here.

popular
Bus Éireann’s service from Dublin to London will restart this week
Gardaí unveil new Armed Support Unit vehicles to replace older models
Netflix has just added 33 very big movies to its library
QUIZ: Name all of these characters from Hey Arnold!
Video: Nadal collapses during press conference
Amazon Prime Video has just added 51 big movies to its library
An action-packed thriller is among the movies on TV tonight
You may also like
4 years ago
Irish AFL star facing punishment after allegedly biting opponent during scuffle
4 years ago
WATCH: John Malkovich will get you PUMPED in the greatest sport event trailer ever made
5 years ago
#TheToughest Issue: Should counties be compensated when AFL clubs poach young talent?
7 years ago
Video: Aussie Rules footballer knocked out after truly sickening clash of heads
7 years ago
Video: AFL player gets brutally smashed into posts
7 years ago
Video: Mayo man Pearce Hanley's accent seems to have gone in the Graeme McDowell direction
Next Page