Before all of our lovely readers start marching on JOE Towers with pitchforks screaming "get them" , let us state that JOE loved Brazil 2014. In fact, we are putting it in our all time top five World Cups along with Mexico '70, Spain '82, Argentina '86 and France '98. Cue much debate.

However, there were some things about the World Cup that JOE didn't like. Such as...

END_OF_DOCUMENT_TOKEN_TO_BE_REPLACED

We would never tell anyone how to enjoy a game of football but we can't understand the logic of some fans cheering while their team are losing. Imagine this scenario; your team are losing badly, the World Cup dream is over for four more years and the inevitable football depression is starting to kick in.

JOE can't comprehend why some people absolutely lose their mind screaming when they see their face on the big screen, it's like they're 13-year-old girls that have just seen Justin Bieber. Your team are getting beaten, cop on. On another note, a Mexican/Brazilian wave isn't a sign of a cracking atmosphere in a stadium, it's a sign of a terrible match. 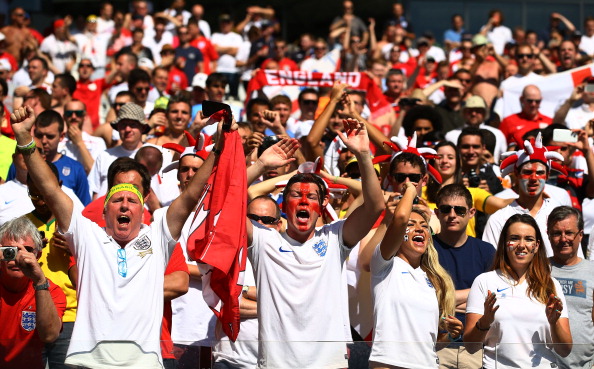 Referees being too lenient

END_OF_DOCUMENT_TOKEN_TO_BE_REPLACED

This may seem a strange one, as we are a strong advocate of keeping 22 men on the pitch as long as possible, but the referees in Brazil were very shy to reach for their cards. There were only 10 red cards in the tournament, the lowest figure since 1986 and that was when 52 games were played, 12 less than in the competition's current format.

It was clear to everyone, that the likes of Neymar and Rodriguez were the targets for some heavy tackling. For example, 54 fouls were committed in 90 minutes in the Brazil-Colombia knock-out match: that's one every 1.8 minutes. Of them Brazil, the original proponents of joga bonito, committed 31 fouls; Colombia had 23 to their name. A strong referee can see the trend of a game and protect the more skilful players. This didn't happen. Neymar got injured and Brazil's frequent fouling was allowed to continue and ruin the match as a spectacle.

This lenient stance may also explain why there was only three direct free-kicks scored at Brazil, the fewest since 1986 (3). In 2010 there were five scored, while in 2006 and 2002, nine were scored. JOE loves seeing a direct free kick go in. Sob. 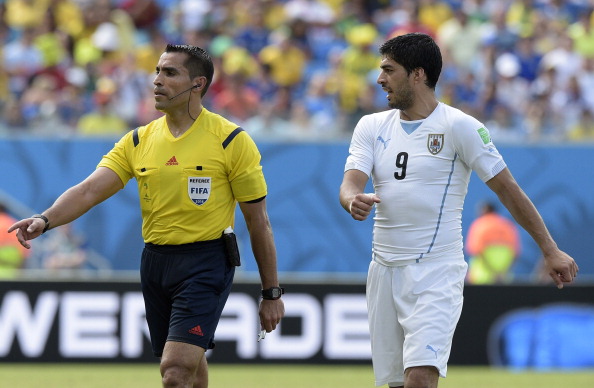 Stadiums all look the same

END_OF_DOCUMENT_TOKEN_TO_BE_REPLACED

In JOE's opinion, this is an unwelcome trend that is setting into world football. Of course we know that stadiums look different away from the TV cameras but there were times when we couldn't tell the difference between a game in Belo Horizonte, Manaus or Sao Paulo.

Maybe we are old fashioned but when you look at some older World Cups, part of the charm is being able to differentiate every stadium, Italia '90 and France '98 were the perfect examples. 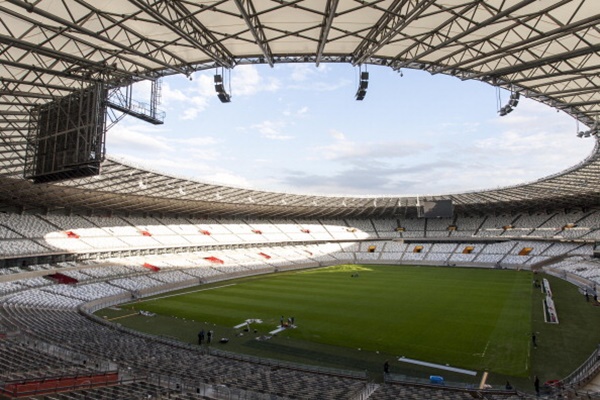 Blame FIFA for this one. Rule 2, section 35 of the World Cup 2014 regulations states: “Each team shall inform FIFA of two different and contrasting colours (i.e. strips). One predominately dark and one predominately light for its official and reserve kit.”

The reason for this was that FIFA believed light v dark colours would help the referee clarify tussles, lunges, tackles and deflections. Maybe we are just cranks, but there is something wrong with seeing Germany in white shorts instead of their classic black shorts or Spain, normally blue, wearing red and so forth. They all wore their away shirts also.

The worst thing is that some referees enforced the rule while others rightfully couldn't care less. Change it back. 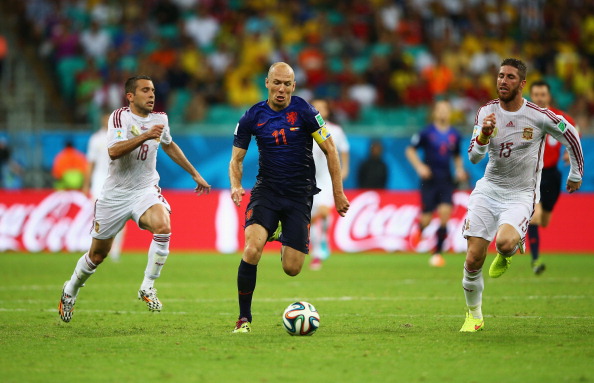 Over use of goal line technology in the group stages

With this one, FIFA were like that annoying kid on your road when he got a new birthday present. Just because you have a new shiny toy, there is no need to go around showing it off to everybody all the time. We get it, it's expensive now feck off.

The worst thing abut this was that it was used for decisions that were not even close to being deemed a goal. We all know FIFA were reluctant to introduce it in the first place but lads, we get it already. Although, hearing BBC commentator Jonathan Pearce lose his mind and confuse himself during the France v Honduras game was hilarious.

Cynical nature of the hosts

Okay, we are prepared for the backlash from this following statement. JOE absolutely hated watching Brazil in this tournament. We have lots of love for the country, the people and everything else Brazilian but this team was so negative to watch, especially when compared to the 60+ years of wonderful attacking, skilful and prestigious football history they have.

Let's look at Brazil's matches objectively; they got some massive help from a dodgy penalty decision against Croatia, couldn't score against Mexico, hammered a shambolic Cameroon, needed the woodwork twice to beat Chile, played well against Colombia despite trying to kick Rodriguez off the pitch, were spanked in front of the world against Germany and ended the tournament in disgrace against Holland.

If it was any other country JOE wouldn't be so damning but this is Brazil... in Brazil. South Africa were awful in 2010 but at least they tried to play to their strengths. Scolari is gone and Brazil has a lot of ground to make up. 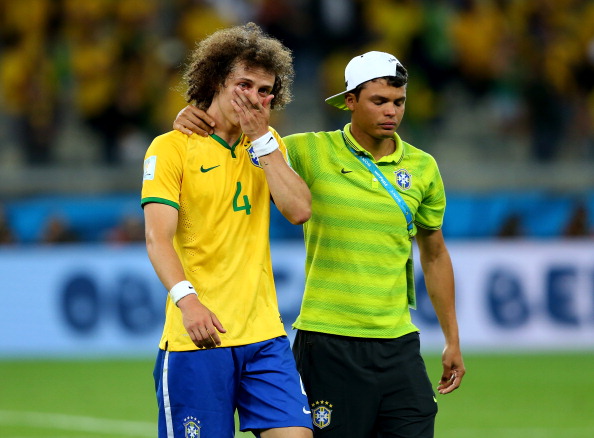 This isn't something that was unique to Brazil 2014, previous World Cup holders like France in '02 and Italy in '10 crashed out in the group stages, but this World Cup saw lots of the big teams fall early.

The Real Madrid la decima party must have been one hell of a night because, apart from Benzema, not one single Real player played anywhere close to their potential while from the top five European leagues with the most players featuring in Brazil, only Germany made it into the semi-finals.

The age old argument about players playing too many games always comes up after major tournaments but it was very noticeable here. 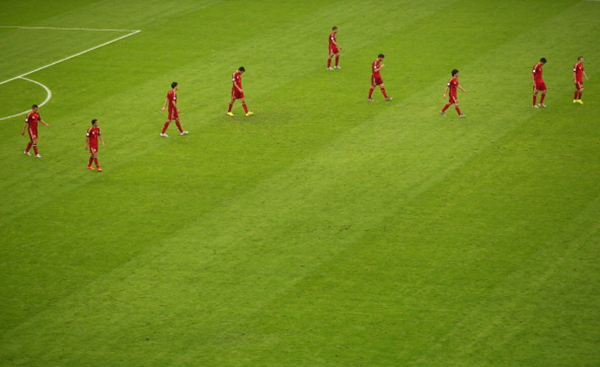 Player of the tournament decision

JOE has never hidden our undying love for Lionel Messi, however, he was definitely not the best player in Brazil. The Barcelona star had a very good tournament, scoring four times, but to say that he was better than Arjen Robben, James Rodriguez or Thomas Muller (who should have won it) is absurd.

This strikes JOE as another case of the PFA awards, the voters had their mind made up well before the business end of the competition. While we are on it, can anyone explain to us how Rodriguez didn't win the best young player award despite scoring the most goals? 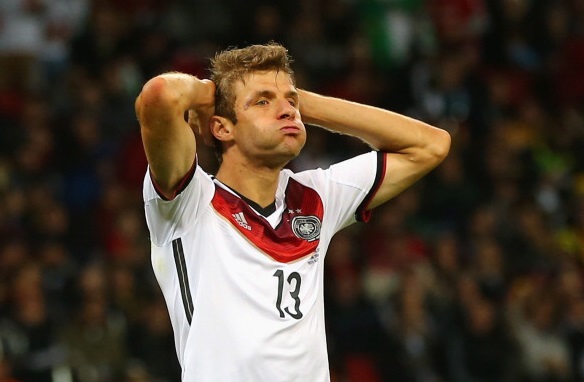 FIFA and their fair play mantra

JOE would never discourage the promotion of fair play because its values, spirit and importance is needed in the game now more than ever. In fact, our favourite clip of the tournament was from Nigeria goalkeeper Vincemt Enyemea having a laugh with the referees and showing a more friendly face of football that is rarely seen.

What JOE does take umbrage with is the fact that FIFA should look inwards at their own failings before preaching to others to follow their example. Qatar, corruption, pot, kettle, black and all that. 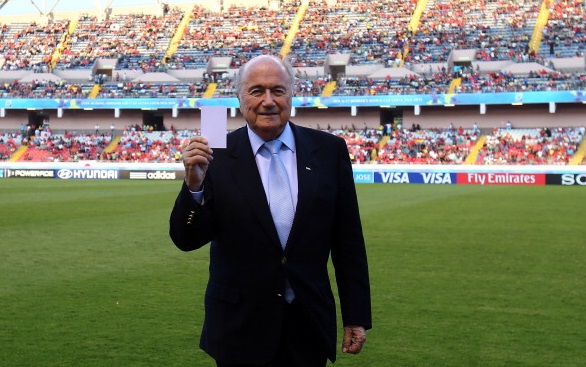 This is a very alarming one. Álvaro Pereira, Javier Mascherano, Christoph Kramer all suffered blows to the head but were allowed to play on.

JOE isn't a doctor and we understand that football is a contact sport but this is an area in which FIFA really needs to focus on, especially in light of the recent revelations in the NFL and other contact sports.

Fifpro, the world players’ union, has already accused Fifa of failing to protect players during the World Cup over its treatment of concussion and said football is in the dark ages regarding the issue. It is hard to disagree based on what we witnessed over the last month. 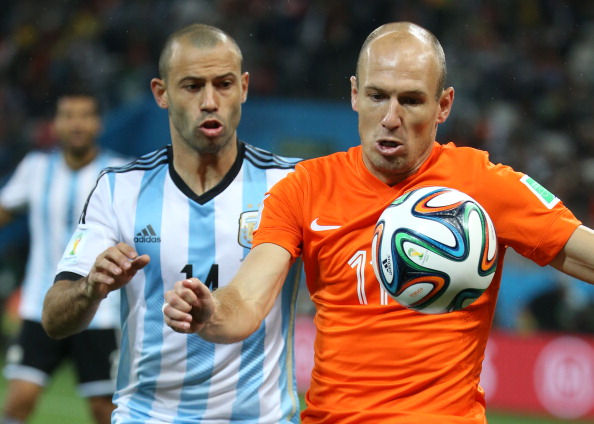