Brought to you by Vhi SwiftCare Clinics.

Get the magic sponge!

Anyone who’s played sport has ignored a niggly injury or played through the pain at some stage. Then there are the hardcore few who’d run through brick walls or keep playing despite losing an arm.

The following sports stars certainly fit into that category. They’re the sort of double hard so-and-sos that make everyone else feel like a bit of a wimp.

Golf may not be an obvious place to find hard men but Tiger Woods had to dig deep to win the US Open in 2008. He did so with stress fractures in his leg and a torn ACL.

END_OF_DOCUMENT_TOKEN_TO_BE_REPLACED

After four days, he would end up forcing an extra 19 holes in a playoff. His caddy Steve Williams later gave a graphic description of what shape he was in.

“On the course, the sickening click of bones rubbing together as he walked made me queasy," Williams recalled. "The groans and squeaks he made were unreal.” Ouch!

END_OF_DOCUMENT_TOKEN_TO_BE_REPLACED

1989 was a simpler time. Back then, nobody batted an eyelid if a player was pumping blood from a head wound. Terry Butcher clashed heads with an opponent during the England Sweden match but took to the pitch again after seven stitches.

The stitches soon burst, probably because Terry insisted on sticking his head in for every ball. It wasn’t long before his head, shirt, face, shorts and half of the other players were covered in his blood. That still didn’t stop Terry.

The Japanese gymnast was the personification of suffering in silence when he broke his right kneecap at the 1976 Olympics. Instead of quitting (like a normal person), he kept competing to get Japan some much-needed team points.

He did the pommel horse event before taking on the rings, knowing that he would have to nail a landing on a broken knee.

He recorded a PB score in the rings and managed a relatively smooth landing, although he did dislocate his knee and tear ligaments in the process. That’s gotta hurt…

In 1990, the American footballer was in a near fatal car crash and he suffered internal injuries, a fractured vertebra and a lacerated liver. He ended up having 30 inches of his small intestine removed.

Proving that while he may be missing some of his small intestine, he certainly wasn’t lacking guts.

Rugby League player Paul Wood was playing for Warrington in the Super League Grand Final when he ruptured his testicle at the start of the second half. He played out the rest of the second half and even did some post-match interviews.

He never thought to complain about an injury that would cause most grown men to curl up in a ball and cry for a few days.

In 1979, the St Louis Rams player fractured his fibula during the playoffs of the Super Bowl. He put a cast on his leg and played two games in the next three weeks, including the Super Bowl.

His autobiography was titled after his standard response when asked why he played with a broken leg: “Because it was Sunday.” Hard. As. Nails.

It's easy to forget how much Ali's toughness contributed to his greatness. Take his fight against Ken Norton in 1973. Norton broke Ali's jaw in the second round and would go on to record a shock win against the legend.

However, Ali fought on for another 10 rounds. With a broken jaw. Against a heavyweight contender who was trying to knock him out. Norton later claimed that he broke Ali's jaw in the 12th round but Ali's cornermen have testified that his mouth was bleeding heavily throughout the fight from the cuts caused by the broken bone.

Ali's trainer said the doctor who later wired his jaw said "I can’t fathom how he could go the whole fight like that." Neither can we!

With many clubs and teams getting back in action after the winter break, it's easy to pick up a knock or an injury. Of course most of us don’t want to wait for treatment when we get an injury.

Why Wait? At Vhi SwiftCare Clinics we aim to deal with minor injuries and illnesses within one hour. 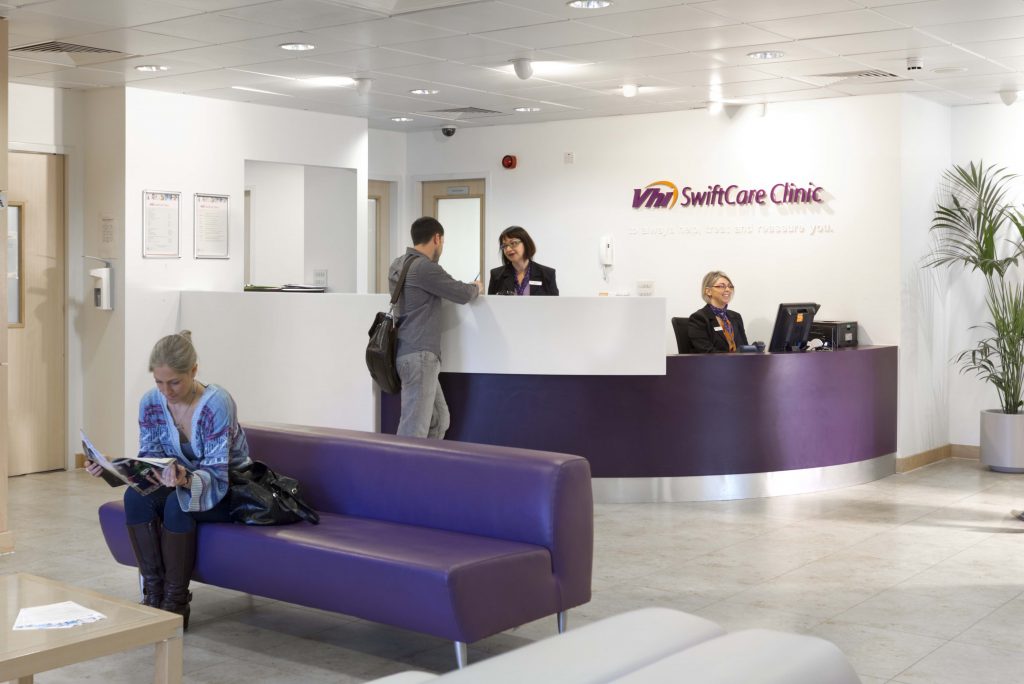 Brought to you by Vhi SwiftCare Clinics.

popular
Eurovision producers reveal "irregular voting patterns" during Saturday night's final
Where will 2023's Eurovision be held if Ukraine can't host?
QUIZ: Try out one of our trickiest General Knowledge Quizzes yet
One of Liam Neeson's best ever performances is among the movies on TV tonight
REVIEW: Van Gogh Dublin is a truly unique cultural experience
QUIZ: Can you name the disaster movie from a single image from each disaster
The JOE Movie Quiz: Week 154
You may also like
2 days ago
The Ultimate Ghostbusters Quiz
3 days ago
Madrí Excepcional want to kickstart your summer by giving you a FREE pint!
4 days ago
Has anyone seen Mr Tayto?
5 days ago
This week's Super Enalotto draw is worth €202.9 million, here's how you can play from Ireland
6 days ago
This one simple recycling tip could make a BIG difference to the environment
1 week ago
The Staircase sheds new light on one of the most famous murder mysteries of recent years
Next Page