A beginner's guide to the Cheltenham Festival

Ahead of the biggest week in racing, here’s enough info for you so you can carry off the small talk in the local.

You can’t escape it, so here’s all the basics you will need to get you through the next four days of Cheltenham madness.

So, why is the Cheltenham Festival such a big deal?

Because it will feature virtually all the best National Hunt horses in training going against each other in race after race of high-class action.

Okay, how many of these races are there?

In total, 27 (plus one charity race) spread over four days, Tuesday to Friday.

And what are the big races to watch out for?

Each day has at least two biggies, some days have more than two and almost every race has a decent storyline. Tuesday has three features, the Supreme Novices’ Hurdle (1.30), the Arkle Chase (2.05) and the Champion Hurdle (3.20). Wednesday, the ones to watch out for are the Neptune Novices’ Hurdle (2.05), the RSA Chase (2.40) and the Queen Mother Champion Chase.

Thursday's big one is the World Hurdle at 3.20, but the Ryanair Chase (2.40) is also a Grade 1 race while Friday’s highlight is the meeting highlight, the Gold Cup, though the Triumph Hurdle (1.30) is also a top-class race.

That’s a lot of races to watch. Any advice on which horses to look out for? 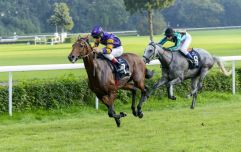 END_OF_DOCUMENT_TOKEN_TO_BE_REPLACED

With around 500 of the equine world’s finest doing battle, it is hard to narrow it down but if you just manage to watch one race, watch the Queen Mother Champion Chase on Wednesday. The red-hot favourite is a horse called Sprinter Sacre. Trained by Nicky Henderson, he won the Arkle last year and he has been described as the Mick Jagger of horse racing.

We don’t know what that means either but the horse makes winning look oh so easy and he is included in virtually every accumulator bet headed into this year’s Festival. A real star, he will be piloted by Meath man Barry Geraghty too.

Ah yes, the Irish angle. What should we watch for?

Yes picking the number of Irish winners is a handy pastime between races. In 2010 we had seven, in 2011 we had a monster 13, and last year we just returned five. Somewhere between 13 and five looks right this year, but we couldn’t tell you more than that.

And which trainers should we watch?

From Ireland it is all about Willie Mullins. He will bring 30+ horses to the Festival and with the likes of Hurricane Fly (Champion Hurdle), Quevega (Mares Hurdle), Sir Des Champs (Gold Cup) and Boston Bob (RSA Chase) he has a more than decent shout in all the big races. Backing Mullins’ horses is not a bad option if you’re unsure what to do.

As for the English trainers, Nickey Henderson and Paul Nicholls are the names to look for in the form book.

What about jockeys to watch? 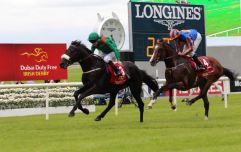 Get dressed up, have a bet and enjoy the racing at the SportsJOE Derby Friday at the Curragh

END_OF_DOCUMENT_TOKEN_TO_BE_REPLACED

Ruby Walsh is the name that jumps out. Ted’s son has been top rider here six times, but he was usurped by Barry Geraghty last year. Another Irish rider, AP McCoy, hasn’t been top man here since 1998 but as he will be aboard all of JP McManus’s horses, he can’t be ruled out either. And if you like Michael O’Leary, and who doesn’t, his Gigginstown House Stud is the name to look for. Davy Russell will be riding his best hopes.

Finally, should I just go for favourites?

You would think that but no. Last year some very big prices came in and only nine favourites won, with none on the last day. There is value, and money to be made, if you are prepared to take a risk or two.

Okay, give me one long-shot to keep an eye on?

Just one? Okay, try Cinders and Ashes in the Champion Hurdle (Friday, 3.20). Winner of last year’s Supreme Novices, there are five horses ahead of him in the betting but they all have questions.

At 12/1 he looks a bit of value, even at each-way and don't forget theTote.com is better value on horses over 7/1 70 per cent of the time, so you are more likely to get the price price on those horses with them. But like a lot of tips you will hear this week, don't blame us if he fails to trouble the winning enclosure.

All of JOE's Cheltenham coverage is brought to you by theTote.com. To find out why theTote.com is the best place to back you Cheltenham pick, juts click here.

And keep it with JOE this week as we will be liveblogging every race of all four days right here.


popular
Interactive infographic shows real-time spread of coronavirus outbreak
Here's Week 21 of JOE's 19 in 90 quickfire quiz
Emirates is recruiting new cabin crew members in Galway for tax-free jobs
Galway parish reports record high attendance at Ash Wednesday drive-thru
QUIZ: The devilishly tricky grammar quiz that will drive you around the bend
Rallies prove that Sinn Féin are playing the game better than anyone else right now
Singer Duffy reveals she was drugged and raped while being held captive
You may also like
1 year ago
WATCH: Michael O’Leary announces free bar on Ryanair flight to Dublin on return from Grand National
2 years ago
COMPETITION: Win 2 tickets to the Darley Irish Oaks and an amazing lunch in the Champagne Bar
3 years ago
Of course there's now a racehorse called Horsey McHorseface
4 years ago
Racing legends reveal the huge amount of money their celebrity hurling match has raised for cancer research
4 years ago
Video: The trailer for the new AP McCoy documentary looks stunning
4 years ago
Heading to the Galway Races this year? A hotel in Galway is going to cost you
Next Page