People outside of England generally don't need much invitation to make fun of England.

For all the wonderful things they've produced over the years, there's still nothing more satisfying than seeing England fail in major sporting tournaments.

END_OF_DOCUMENT_TOKEN_TO_BE_REPLACED

A Paddy Power in Cardiff has capitalised on this and erected a huge sign-able wall where people can leave their signature and a message of, presumably, abuse for England (to be mailed to Twickenham on a chariot).

Has it gotten many signatures? Well... 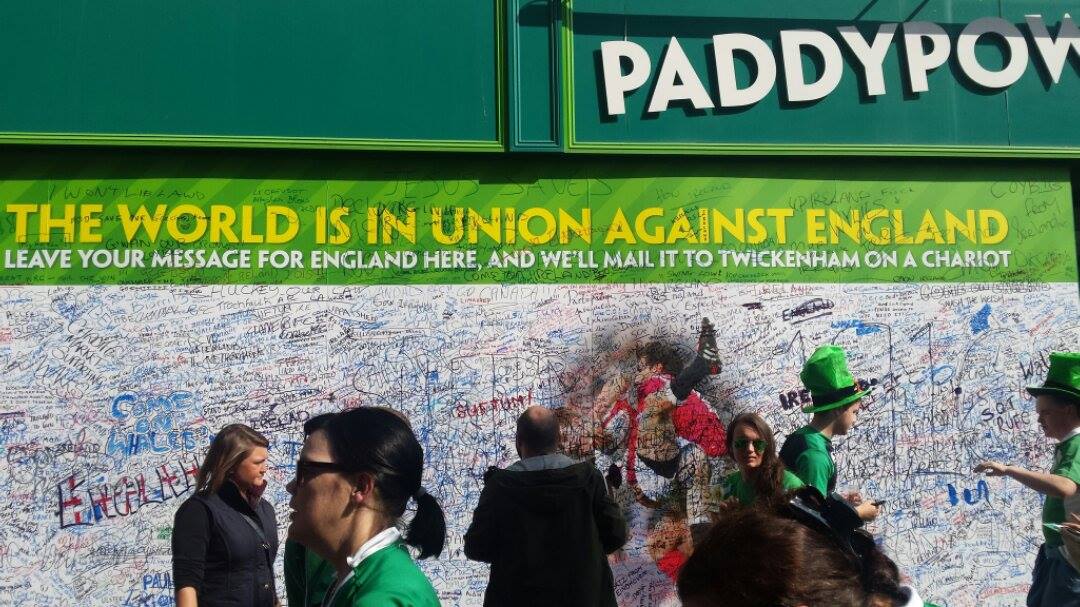 popular
18 counties hit with weather warning as temperatures set to reach 29 degrees
Netflix has just added an incredibly tense 97-minute thriller
Pogues bassist Darryl Hunt has died, aged 72
Nearly 100 flights delayed at Dublin Airport on Monday
Public urged to conserve water as around 60 areas at risk of supply shortages
QUIZ: Can you get top marks in this short but tricky Irish geography quiz?
QUIZ: Can you name all the counties in Ireland without the letter 'E'?
You may also like
6 months ago
Prince Andrew's military titles and royal patronages returned to the Queen
1 year ago
UK to allow "friendly, intimate contact" from 17 May as lockdown restrictions ease
2 years ago
PICS: English flag burned in Louth ahead of Rugby World Cup final
2 years ago
Emergency services called after man gets stuck in a chimney
2 years ago
10 arrested after English policeman killed on duty
3 years ago
English town evacuated due to collapse of dam
Next Page