Added Time: A review of the weekend’s Six Nations action

It was an unbelievable night in Paris for Ireland, as they claimed the title, while England fell just short. As for Scotland, well, it was a day to forget against Wales.

Brought to you by...

BOD signs off with the silverware

END_OF_DOCUMENT_TOKEN_TO_BE_REPLACED

It couldn't have been scripted any better if Ross O'Carroll Kelly was in charge. Ireland's greatest ever player plays a stormer in his final game in green, and walks off into the Parisian night with the Six Nations championship. But that description barely touches the surface of the drama played out on the Stade de France turf on Saturday evening.

We feared a strong French start and before you knew it, the home side led 6-0 so after 20 minutes, it was already starting to get nervy. Then Chris Henry freed Jonny Sexton and Ireland had the game's first try. Sexton's missed conversion would be a worry but soon he had a chance to rectify it as Andrew Trimble crossed for a try and Ireland led 12-6. But France would lead at the break as a brilliant Brice Dulin finish to a stunning French move, plus another bad miss at the posts by Sexton, left it 13-12 at the break.

After the restart good work by Trimble, and then O'Driscoll, teed up Sexton for his second, which he converted, and the lead was restored. A successful penalty by Sexton meant we led by nine with less than half an hour to play.

END_OF_DOCUMENT_TOKEN_TO_BE_REPLACED

Could we relax? As Gerry Thornley would say, non. After serious French pressure Dimitri Szarzewski crossed to narrow the gap to just two heading into the final 10 minutes.

That final 600 seconds included Jonny Sexton being knocked out of the game, an incredible penalty miss by Jean-Marc Doussain that would have given France the lead, yet more huge French pressure and then they unlocked the Irish defence in the 78th minute, only for the try to be ruled out for a forward pass by Pascal Pape.

The drama wasn't wrapped up just yet either, with time for France to get possession back not once, but twice, but stout defence held them up and eventually Steve Walsh called time.

Cue scenes of the most scenic kind and the fairytale end for BOD. See, sometimes good guys do finish first.

END_OF_DOCUMENT_TOKEN_TO_BE_REPLACED

Knowing they needed to overturn a 50-point difference in order to overhaul Ireland, England set about their task with some relish early on Saturday in Rome. Seven tries, a 41-point win and 52 points scored away from home was pretty impressive, but an intercept try by Leonardo Sartro in the 68th minute did just enough to slow England's momentum and see them fall eight points short of Ireland's points difference before kick off in Paris.

Once again Mike Brown (below) was superb for England, the full-back ending the tournament with four tries and he has a real shot to be Player of the Tournament, despite not winning the title. Owen Farrell kicked 17 points and scored a try to boot and Stuart Lancaster's team were as close as a team can be to winning the crown without doing so. 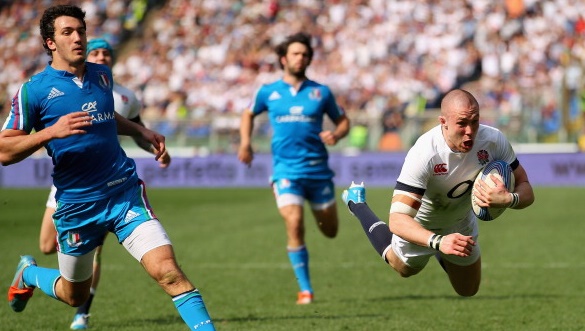 From an Irish point of view, they will be back next year as an even more determined unit and they are already favourites for the 2015 Championship. We haven't seen the last of this team.

Scotland have had a miserable Six Nations and it ended on a real low as they suffered a huge 51-3 defeat at the hands of Wales. It was always going to be tough for Scott Johnson's side but a moment of dangerous idiocy by Stuart Hogg in the 23rd minute propelled Scotland to certain doom. He flew into Dan Biggar shoulder first and the referee, rightly, issued the Scot with a red card. Already trailing 10-3 when the incident occurred, Wales then decided to take advantage of the space afforded them and they ran riot at the Millennium Stadium.

Wales played some beautiful running rugby, and scored some superb tries, but it was all a bit like a bully beating up on the weakest kid in school. You can't blame Wales for wanting to entertain their fans after a disappointing championship and they will rue the defeat in Dublin as the one that derailed their hopes. As for Scotland, Vern Cotter is on the way, and that has to be a good thing for them. As they say, things can only get better. 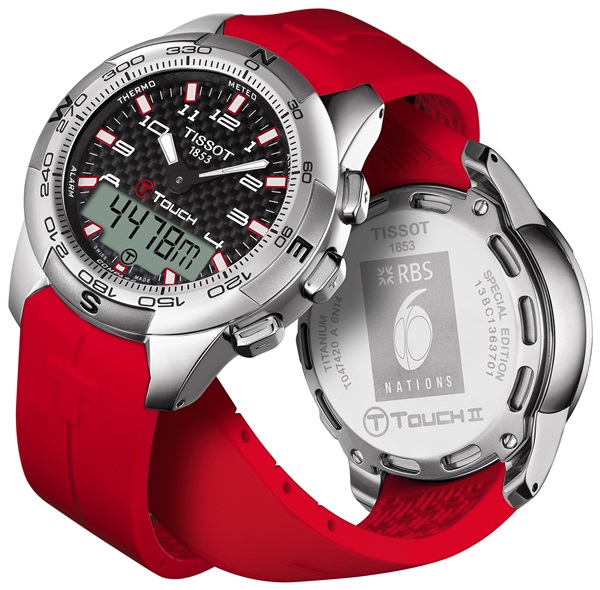 popular
Man arrested following discovery of a body in apartment in Dublin
Family of Ashling Murphy share heartbreaking tribute at Fleadh Cheoil
QUIZ: Can you score 12/15 in this difficult General Knowledge Quiz?
Weather advisory issued as temperatures in Ireland set to soar again
The JOE Movie Quiz: Week 166
One of the best Irish films of recent years is among the movies on TV tonight
QUIZ: Test your skills to the limit with this General Knowledge Quiz
You may also like
4 months ago
Scottish Parliament official dies during rugby game in Dublin
5 months ago
Every Guinness fan needs to try these brand new experimental beers
6 months ago
"Samaritans saved my life" - Brent Pope praised for honest interview on Tommy Tiernan Show
1 year ago
Craig Casey and Johnny Sexton combination backed for Italy clash
1 year ago
Defence grows for Billy Burns after one of the roughest days of his rugby career
1 year ago
Major upside to Ireland's Six Nations challenge that should make all the difference
Next Page