Ahead of the Guinness Series, JOE takes a closer look at our first opponents Samoa

While most of the talk about the Autumn Internationals has been focused on Australia and New Zealand, JOE takes a closer look at our first opponents Samoa.

There has been great anticipation to this year’s Autumn Internationals, which can be put down to a number of factors. Firstly, it’s Joe Schmidt’s first outing as national coach which has revived optimism and with Australia’s form we have a decent chance of beating a tier one nation again.

Add in BOD’s final Autumn series and the fact the All Blacks roll into town, and then it is easy to see why 135,000 tickets have already been sold. And while most fans are eagerly awaiting the ties with the Wallabies and the All Blacks, our opponents on Saturday should not be under-estimated.

First and foremost, Samoa are ahead of us in the IRB world rankings, so any complacency is wholly unjustified. They are currently in seventh place, sandwiched between Wales and ourselves and their squad and recent results are to be reckoned with. 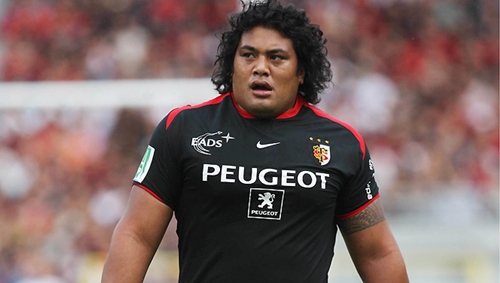 END_OF_DOCUMENT_TOKEN_TO_BE_REPLACED

Census Johnson is no shrinking violet

The Johnson brothers Census (Toulouse) and James (Saracens) are two meaty props, while Ulster fans will remember another of their props, Leicester’s Longovi’I Mulipola after he scored a try in Ravenhill earlier this season.

END_OF_DOCUMENT_TOKEN_TO_BE_REPLACED

The pack is littered with players plying their trade in the Aviva Premiership and Top 14, while Hurricanes flanker Faifili Levave is expected to make his debut on Saturday and is a committed, strong ball-running loose-forward. The scrum has always been a key part of their game plan and their forward unit on paper looks formidable.

Behind it they aren’t short of quality either. On his day, Northampton scrum-half Kahn Fotuali’I is one of the best number nines around as Wales found to their cost last November, while centre George Pisi and full-back Paul Williams are other familiar names in the squad.

Their results over the past couple of years have shown that the country is on an upward trajectory. After beating Australia in a warm-up game for the 2011 World Cup, they acquitted themselves very well in New Zealand, coming away with two comfortable victories and narrow defeats to South Africa and Wales.

They exacted some degree of revenge on the Welsh in last year’s Autumn Internationals with a stunning win in Cardiff and this year they have comfortably seen off the challenges of both Scotland and Italy. It’s little wonder that Eoin Reddan has already stated what a stern test they expect on Saturday even if most outsiders' expectations aren’t “quite so high”. 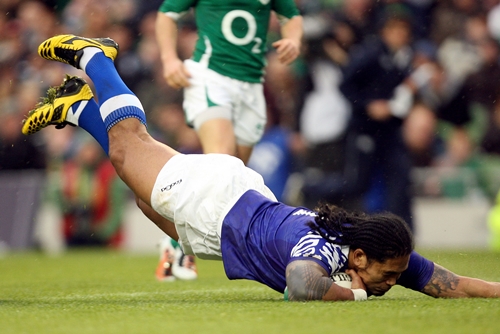 END_OF_DOCUMENT_TOKEN_TO_BE_REPLACED

Ireland have faced Samoa five times, with just the one defeat, an embarrassing 40-25 reversal in 1996, Samoa’s only victory in a 10-game tour that featured just one international. The last encounter three years ago was a hard-fought affair and all the indications are that this game will follow a similar pattern.

A defeat would be almost unthinkable with the two games to follow, but any kind of win against tricky opponents, regardless of the performance, will give Schmidt a good platform to build on with the Wallabies and All Blacks coming down the track.