Harder than you think.

One of the hackneyed cliches that's rolled out whenever an Irish soccer player makes the grade in England is that their GAA roots was a key factor in their career progression.

While I'm not saying that these claims are completely false, anything to boost fitness levels must help an athlete, sometimes the statement can run a bit thin.

The Guardian though have published a piece regarding Aston Villa midfielder Jack Grealish which contained a few interesting anecdotes about how his GAA background helped toughen him up. 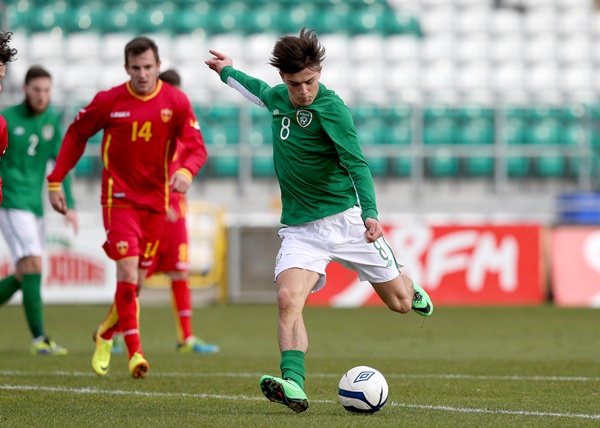 END_OF_DOCUMENT_TOKEN_TO_BE_REPLACED

The passage reads as following "there is a story that does the rounds among the compact Gaelic football community in Warwickshire of Jack Grealish’s first match for his local club, John Mitchels, which perhaps gives an indication of the steely undercurrent many at Aston Villa believe will enable him to become their leading performer this season.

Early on in his debut, the tale goes, an eight-year-old Grealish was taught a valuable lesson. Even at under-10 Gaelic football can be a tough, uncompromising sport, so when Grealish was knocked to the floor in a tussle with an opponent and demanded a free-kick, he was swiftly told to get back on his feet.

“This isn’t soccer, son,” came the referee’s response, offering a rustic reminder that, even in a blustery Birmingham field, he would need toughening up to make the grade. Grealish went on to score a goal and three points in the same game, an august return for a novice playing with boys a year older.

The article also claims that the midfielder actually scored for his team at Croke Park during a visit to GAA HQ.

Here's hoping that the talented midfielder gets to show us his skills with the 'other' ball in the 'other' stadium in Dublin very soon.

popular
One of Keanu Reeves' best movies has just been added to Netflix
The JOE Movie Quiz: Week 131
A terrific crime thriller is among the movies on TV tonight
QUIZ: Do you reckon you can get 15/15 in this General Knowledge Quiz
QUIZ: Can you get full marks in this General Knowledge Quiz?
Daniel Craig's best pre-James Bond film is among the movies on TV tonight
The JOE Friday Pub Quiz: Week 272
You may also like
1 month ago
Wicklow GAA to investigate fight after Under 15 match on Saturday
1 year ago
Post-match celebrations and a lack of social distancing at certain events put club game on hold
1 year ago
Cork GAA pleads with clubs and supporters “not to engage in celebrations that breach current guidelines”
1 year ago
What's the Bronco test and why it may come up in conversation this week
1 year ago
The Andy Moran GAA Isolation Workout
1 year ago
SuperValu, Centra and the GAA team up on initiative to support elderly people
Next Page