Arsenal v Bayern Munich - The Tale of the Tape

Football fans are being spoiled with a second successive night of Champions League football and the main event is certainly one for the purists to relish. It's Arsenal v Bayern Munich and we cannot wait.

Previous matches - The clubs have met on six previous occasions in the Champions League, with Bayern winning three to Arsenal's two, with one draw. It's the second year in a row that they've met in the last 16. Last season's first leg (pic below) was a real statement of intent from Bayern as they battered Arsenal 3-1 at the Emirates.

END_OF_DOCUMENT_TOKEN_TO_BE_REPLACED

However, when all looked lost for the second leg, Arsenal showed remarkable resilience to win in Munich on a 2-0 scoreline ensuring that the Germans had a nervy time waiting for the final whistle. Bayern went through on away goals and went on to win the tournament, beating Borussia Dortmund 2-1 in the final at Wembley. 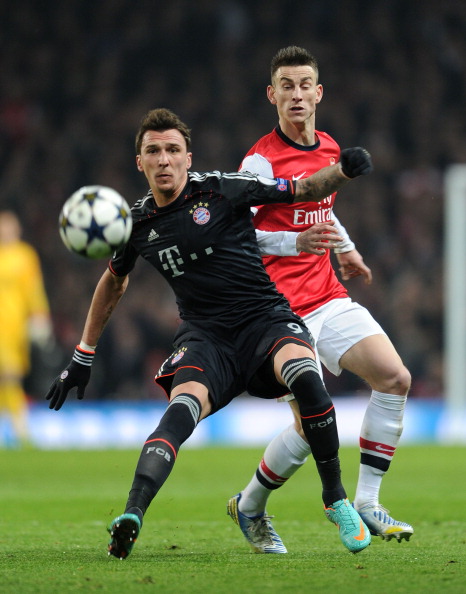 Squad Value - The Arsenal squad has an estimated value of  €350m whereas the Bayern Munich squad is said to be worth €478m.

Champions League History - Arsenal always qualify for the Champions League, but the nearest they've come to winning it was back in 2006 when they lost 2-1 in the final to Barcelona in Paris. Bayern Munich, on the other hand, have a rich history in the competition and are the current holders of the trophy. They have won the tournament on five separate occasions.

Players - Lukas Podolski (pictured below with Santi Cazorla) is the most high-profile player to have played for both clubs. Arsenal, of course, have a big German presence in their squad as Podolski is joined by Mesut Ozil and Per Mertesacker. Bayern have a dizzying array of talent at their disposal and have a depth in their squad equalled by few others, with superstars such as Ribery (injured for tonight), Robben, Kroos, and Schweinsteiger all available to Pep Guardiola. 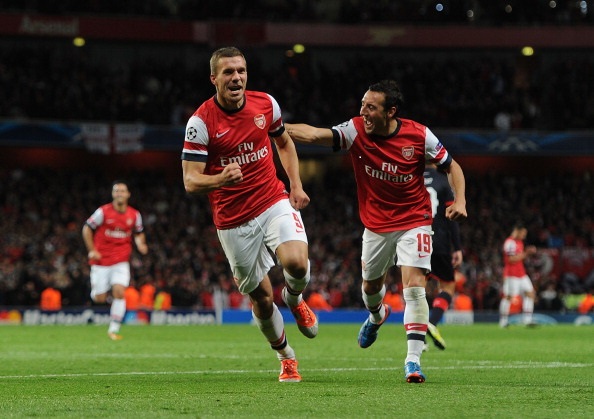 The form this season: Ignoring the hammering they took at Anfield, Arsenal have show a new steeliness this season. The defensive pairing of Mertesacker and Koscielny have been a rock for the Gunners and have helped put them firmly in the running for the Premier League title.

END_OF_DOCUMENT_TOKEN_TO_BE_REPLACED

They are also into the quarter-finals of the FA Cup so there are plenty of reasons for optimism for the Arsenal faithful. Bayern have swept all before them this season in Germany. They are undefeated in the Bundesliga, winning a staggering 59 points out of a possible 63 after 21 games. In the process they have scored 57 goals and conceded just nine. 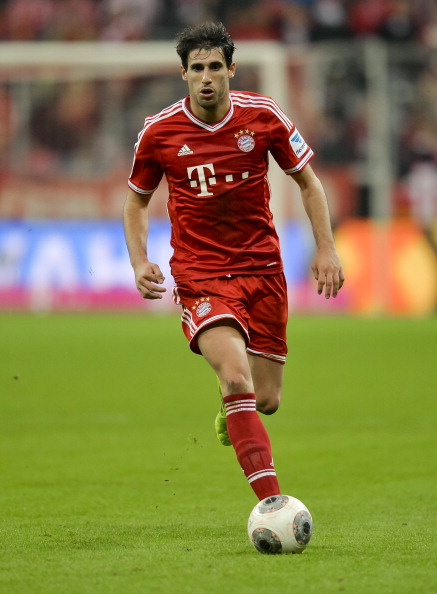 Goals scored/conceded in the Groups: Arsenal F8 A5 ; Bayern Munich F17 A5

popular
Amazon Prime Video has just added 16 big movies to its library
Several people killed after crush at Africa Cup of Nations match
QUIZ: We bet you can't get full marks in this extremely frustrating geography quiz
"It will be with me until I die" - Charlie Bird opens up about "loveliest gesture" from Daniel O'Donnell
WATCH: The trailer for this celebrity murder mystery improv comedy looks incredible
A new law now prevents employers using tips to ‘make up’ rates of pay on contracts
Ireland tells Russia that naval exercises off Irish coast are "not welcome"
You may also like
3 months ago
The JOE Friday Pub Quiz: Week 264
4 months ago
Manchester City's Benjamin Mendy charged with four counts of rape
5 months ago
Michael Ballack’s son Emilio, 18, dies in 'quad-bike crash’
5 months ago
Five football documentaries to watch to kill time before the new Premier League season
7 months ago
Christian Eriksen stable but may not play football again, says sport cardiologist
11 months ago
Defence grows for Billy Burns after one of the roughest days of his rugby career
Next Page