Athlone Town and manager, Mick Cooke have parted ways today, as announced by a statement on their club website.

It's been a very difficult return to the top flight for Athlone Town and a run of ten successive defeats has forced the hand of the club. Roddy Collins had won promotion with the club last season, but he soon departed to take over the managerial reins at Derry City.

Mick Cooke, who had great success with Drogheda United, was brought in as his replacement. However, the step up in class has proved too much for the Athlone squad and a statement released by the club confirms that Cooke has left by mutual consent today. 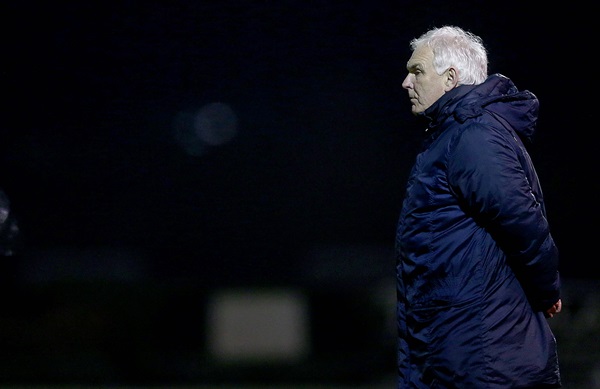 END_OF_DOCUMENT_TOKEN_TO_BE_REPLACED

Athlone Town wish to confirm that Mick Cooke has stepped down from the position of first team manager by mutual consent.

Speaking on behalf of the club, chairman John Hayden said “The club would like to thank Mick for the hard work, honesty and integrity that he has shown in the job since replacing Roddy Collins at the start of the season. We would like to wish him the best of luck in the future whatever road he now chooses to take”.

END_OF_DOCUMENT_TOKEN_TO_BE_REPLACED

Mick Cooke then went onto say “Over the weekend after discussions with the chairman I feel that despite the team being so close to getting results I just cannot find the right button to get us over the line and gain the all important results we need. It was through these discussions that John Hayden and myself felt that new men at the helm was the best plan of action. I feel that 28 points will be enough for the team to remain in the Premier Division and by stepping aside now and letting a new man take charge they may find that button and with 23 games remaining it will give him a great chance of keeping the club in the Premier. I would like to thank the club chairman John Hayden for the chance to manage Athlone Town and the support he has given me over the 12 games so far this season. I would also like to thank the brilliant bunch of players along with the backroom staff involved with the team for the tremendous loyalty they have shown me from the start. Thank you to the supporters as well for continuing to back me and the team throughout the games most notably at the end of the Dundalk defeat where they were tremendous as always. I would finally like to wish the club and the new management team when appointed the best of luck for the rest of the season.”