Behind the scenes at ESPN, how an NBA game makes it from the court to your TV screen

The amount of work behind the scenes is absolutely staggering...

Staples Center, Los Angeles. I'm standing court side at one of the best sporting venues in the world as the LA Clippers and the Cleveland Cavaliers go through their warm-ups ahead of their clash in the NBA.

Cavs' star Kevin Love throws three pointers for fun from the outside, as he goes through an extensive warm-up ahead of the game. 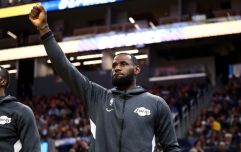 END_OF_DOCUMENT_TOKEN_TO_BE_REPLACED

The Cavs top the Eastern Conference but just before the game, it's revealed that the top team in the East certainly won't look the part on the night. LeBron James, Kyrie Irving and Kevin Love (all three pictured below) will sit out the game, this is despite Love's exhausting warm-up.

The sparkle is immediately gone from the game. The Clippers are enjoying a resurgence, having lived in the shadow of the LA Lakers for far too long in their fans' eyes. It should have been a barn-buster. 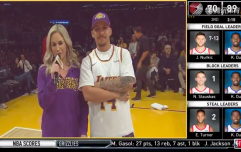 END_OF_DOCUMENT_TOKEN_TO_BE_REPLACED

Cleveland fans had travelled, but as is the way in the NBA, resting players is the norm and though they might be peeved that their star players aren't playing in what should have been a competitive fixture, it's the nature of the game.

But being so close to the action, it's an incredible experience, as you truly get to appreciate the sort of freakish specimens some of these men are.

Blake Griffin trots in front of me, leans over and stretches one gigantic hamstring, before straightening to his considerable height of 6′ 10″. I'm about to get an insight into the work that goes on behind the scenes to get this guy from the court to your TV screen. 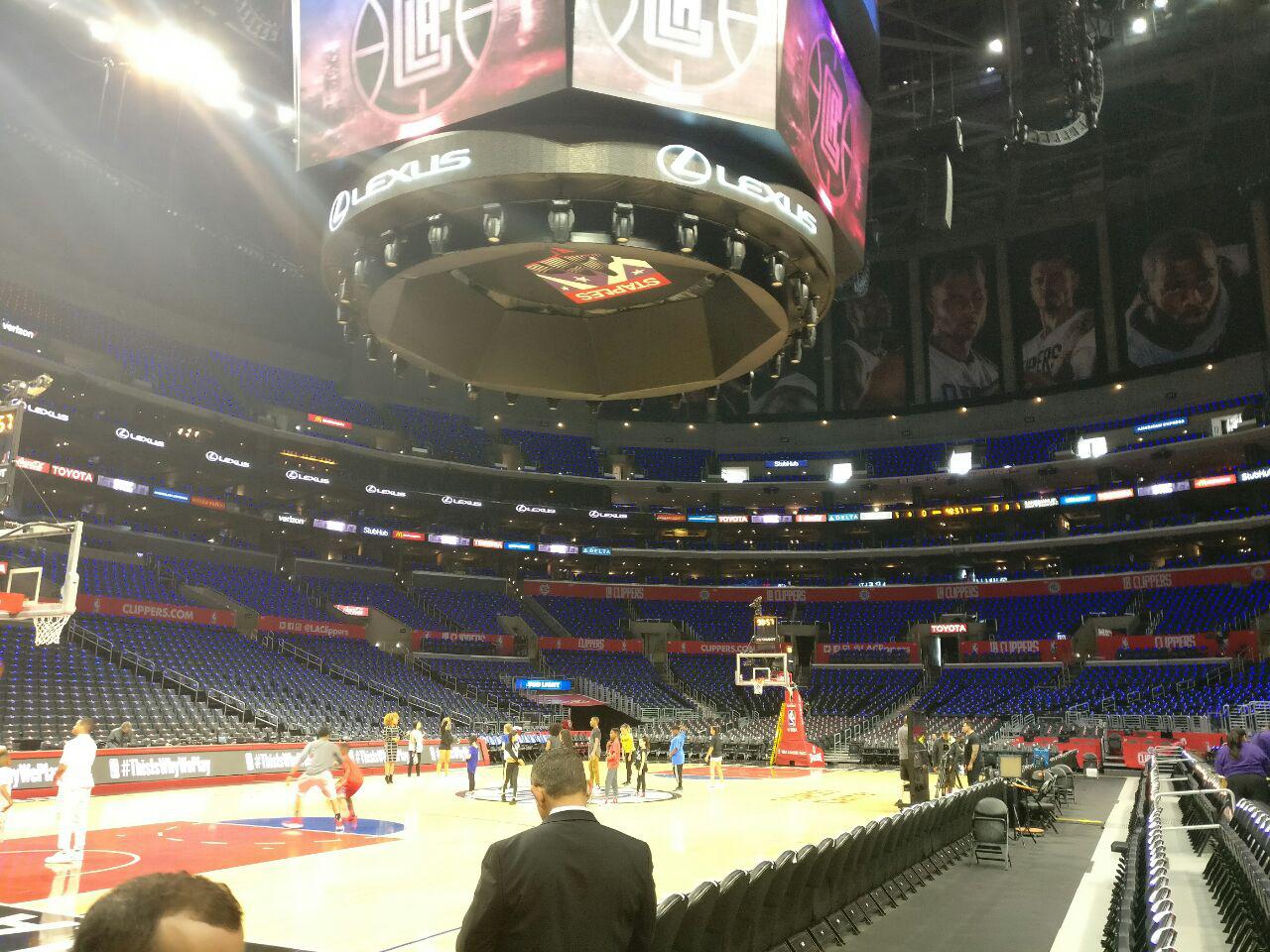 The calm before the storm in the Staples Center 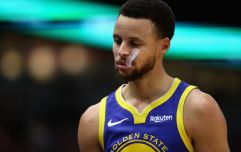 END_OF_DOCUMENT_TOKEN_TO_BE_REPLACED

An ESPN cameraman bravely trots around their warm-up, dodging flying balls, bodies and perspiration in pursuit of the perfect shot. This cameraman is one of 80 staff belonging to ESPN who are working in the venue to broadcast the game. But this number can be up to 300 staff during play-offs.

Technicians arrive at the venue 11 hours before the game and start setting up. Cameras placed. Checked. Then rechecked to ensure that absolutely nothing is left to chance.

It's a huge event for the broadcaster. Saturday evening games have proven to be a hit with viewers, and while this game has lost some of its gloss, millions of people across the world will still tune in to bear witness to the spectacle. The game will also be shown on BT Sport in the UK and Ireland as part of the broadcasting deal. 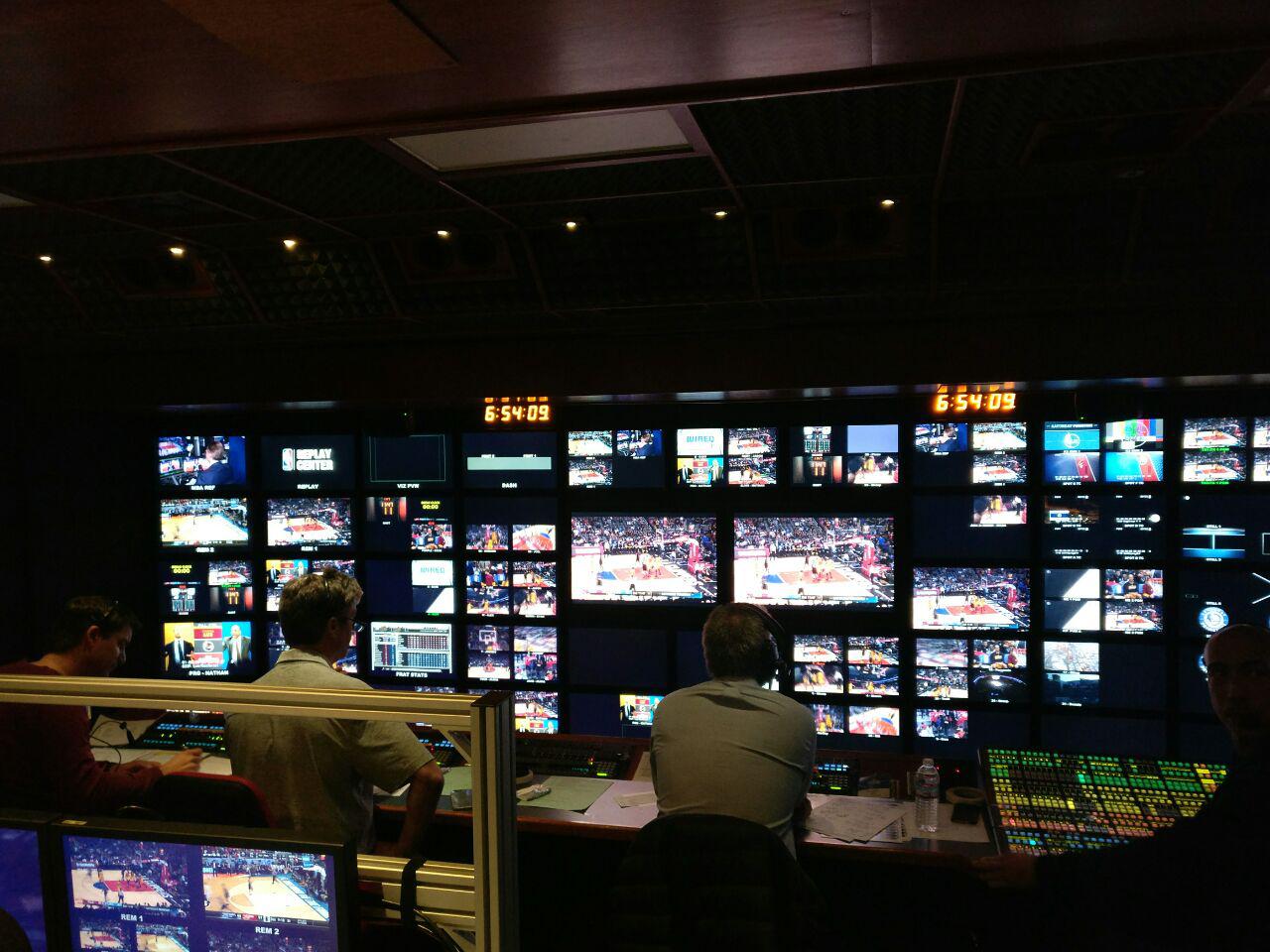 Below the venue, two lorries filled with flat screens and equipment sit ready to go. Carpet lines their walls and while the inside is quiet now, come game time it will be a well-oiled machine as Tim Corrigan, senior coordinating producer for the NBA on ESPN, provides the direction for the broadcast.

Graphics teams ready themselves in one of the trucks, preparing for the stats and figures they'll have to mock up during the game. All of these animations and graphics are done on site, in real time, under the pressure and demand from the producers.

It's not a job I'd want. If they're a half second late with their creations, the game goes on, the broadcast goes on, and their graphics for that moment of the game are consigned to the virtual trash can.

The game starts. Despite the truck being filled with ten plus people, only two people are talking, Corrigan and another producer sitting to his right, as they communicate remotely with their workers stationed all around the stadium.

They've even got a camera in a blimp above the clouds and smog of Los Angeles. A crucial shot for when they return after ad breaks.

"I need a shot of LeBron," proclaims Corrigan. "Get me a shot of him in the crowd, we'll pull it up on the next break in play.

LeBron James appears on a side screen, sitting impassively, taking in the action. As we watch, he stands and pumps his fist as the Cavs turn over the ball and attack up the court.

"Perfect!" says Corrigan. "Get that up on the next time-out," he tells a technician in the room, before relaying to the game commentator that there's a shot of LeBron coming up on the next break.

Inside ESPN's broadcast truck mid-game at the Staples Center. Fascinating insight to how the NBA is brought to our screens pic.twitter.com/S5L2RQTcRs

Standing there, it's astounding to see the efficiency they work with. It's a competence procured from two decades of covering games. Everyone knows their role, there's no bullshit. Unless you're doing your job, you'll be found out instantly.

Corrigan calls to the courtside reporter to ask her to line up an interview with a celebrity of some kind. "Who are you thinking?" asks the reporter. "I don't know, that's your job," Corrigan replies bluntly.

It's a high pressure environment. But they love it.

"When we're actually in the game, doing the game, there's nothing better," Corrigan reveals to me. "It's the best. You prepare all week for game and the match up, and then we're the ones who get to document the event.

"That time is the best time. Without question."

For viewers watching at home, they're always looking for more ways to get the public involved, and bring the game closer. The lag on the broadcast is just seven seconds, meaning that when you see Blake Griffin and DeAndre Jordan hitting points on your screen, the fans in the stadium are still on their feet applauding the score. It's staggering to think.

Clippers win the game with minimal fuss. As expected. Then the action goes back to the dressing rooms where media have an enormous amount of access to the players. Players towel off while media members scurry around hunting for a soundbite.

The show is almost over for ESPN. Some footage of post-game interviews for the night's Sports Center and that's a wrap.

For now. But they'll do it all again later in the week, and the week after that. It's a constant cycle but as Tim Corrigan said...

The channels of BT Sport (BT Sport 1, BT Sport 2, ESPN // BT Sport) bring Fans in the UK and Ireland up to seven live NBA games per week during the regular season, first and second rounds of the Playoffs, plus every game of both Conference Finals, the NBA Finals and ESPN’s award-winning showsNBA Countdown and The Jump.

popular
The "eighth best movie ever made" is among the movies on TV tonight
Mia Khalifa claims seaside town is better than Miami
Jennifer Lawrence sparks controversy by saying she was the first woman to lead an action movie
The 50 most iconic songs of all time* have been revealed
The start of the superhero takeover of Hollywood is among the movies on TV tonight
One of the best films of all time is among the movies on TV tonight
Met Éireann updates weather warning for entire country as temperatures set to fall to -6
You may also like
1 year ago
QUIZ: Can you name all the teams in the NBA from their locations?
2 years ago
All NBA players and staff take knee during national anthem
2 years ago
LeBron James led an emotional night of tributes to Kobe Bryant
3 years ago
WATCH: Drake comes in for criticism following his behaviour at NBA playoff game
4 years ago
Sky Sports announce huge deal to broadcast the NBA starting on Wednesday
4 years ago
Ex-NBA player dies following shoot-out with LAPD
Next Page