Johnny Sexton will know better than most how Billy Burns was feeling after his last kick error against Wales, on Sunday.

With Ireland trailing their hosts 21-16, but awarded a penalty, deep in injury time, they were awarded a penalty that Burns was tasked with kicking for touch and trying to set-up a lineout maul. A lot of other elements would have had to click for such a late drive to result in a try, but Burns failed with the first part as he put his kick too long, and missed touch.

"You put yourself in those moments," Sexton reflected after the game. "That's the responsibility that you have. If you kick the ball to the 22, that's worse for me than trying to stick it five metres out and it not coming off. He'll learn and he'll go again."

On the latest House of Rugby Ireland, Fergus McFadden spoke well in defence of Burns' kick decision [LISTEN from 20:30 below] while admitting Andy Farrell has a big call to make for the France game, this Sunday. 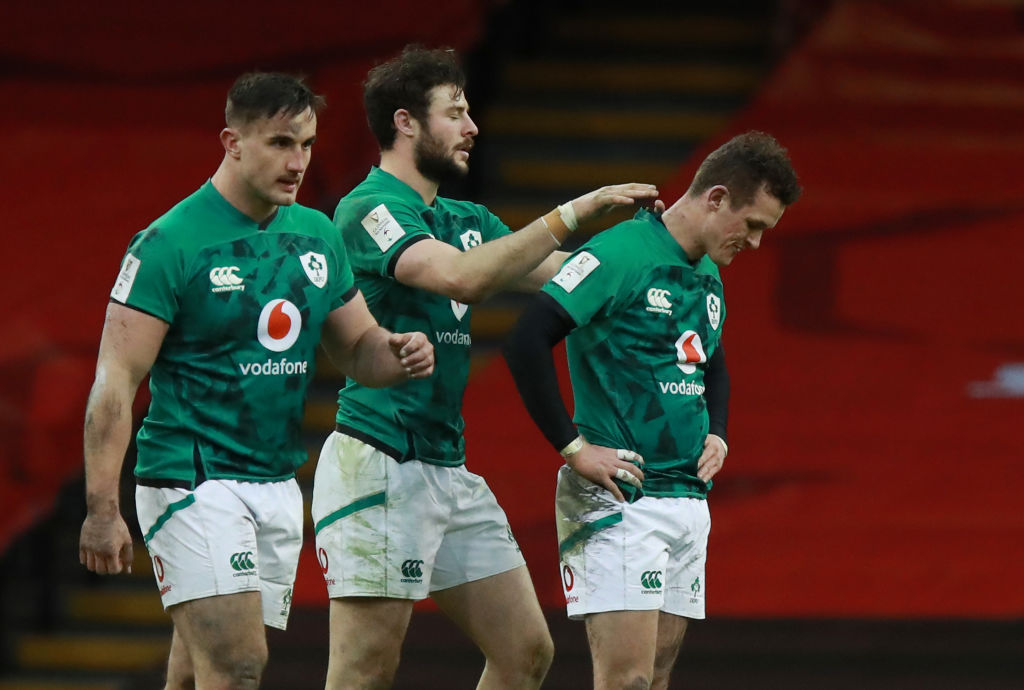 Robbie Henshaw consoles Billy Burns after his penalty failed to make touch on the last kick of the game against Wales. (Photo by David Rogers/Getty Images)
Advertisement

"I really felt for the guy because Ireland had put themselves in the position [to score]," McFadden said. The former Leinster and Ireland centre added:

"Billy’s obviously looking and going, ‘Am I going to try and win a lineout for us, in the last play of the game, against the 22? Or am I going to win it as close to the line as possible?’

"So, he went for it and that’s what he’s meant to do. But unfortunately he didn’t catch the kick perfectly. Will that affect Andy Farrell’s decision-making for the next game? You’d imagine so. Because it probably was a tight enough call between himself and Ross Byrne. It’s hard to know at the same time. You don’t want to scape-goat a guy for one mistake. There were loads of mistakes from the whole team."

Also discussed on the show, by McFadden, host Eimear Considne and Chris Henry were:

popular
Amazon Prime Video has just added 16 big movies to its library
13 reasons why an employer can decline your right to remote working under new legislation
UCD students provided with €30 gift voucher after toilets were contaminated with wastewater
Neil Young wants Spotify to remove his music because of Joe Rogan podcast
QUIZ: We bet you can't get full marks in this extremely frustrating geography quiz
Bono is at the centre of one of 2022's most emotional cinematic moment
Prince's team stop Nothing Compares 2 U being used in new Sinead O'Connor doc
You may also like
11 months ago
Craig Casey and Johnny Sexton combination backed for Italy clash
11 months ago
Major upside to Ireland's Six Nations challenge that should make all the difference
1 year ago
John Cooney comes to defence of JJ Hanrahan after kicking criticism
1 year ago
Cardiff conversation that proved Paul O'Connell always put the team first
1 year ago
Ian Keatley on Ronan O'Gara's deadpan advice and his most treasured Munster jersey
1 year ago
Springboks legend must have the greatest jersey swap collection in rugby
Next Page