The former Ireland rugby captain will work with BT Sport next season.

Brian O'Driscoll aims to follow the example of Roy Keane when he starts working as a rugby pundit for BT Sport next season.

END_OF_DOCUMENT_TOKEN_TO_BE_REPLACED

"You can see in different sports that different ex-players have been able to marry the two and while not necessarily remaining popular, certainly can be respected by those who are still playing and can give a good, balanced, knowledgeable opinion about what is going on," O'Driscoll said at a press event in London on Friday.

"I think that is what people want, they want that little bit of an inside track."

"The game moves on so quickly and it is about trying to understand some of the nuances about what is happening, rather than just what they are seeing for themselves on the pitch – it is about the reasons why tackles are missed and scores happen, so hopefully I will be able to add my tuppence worth.

"It is just an opinion, one which is not necessarily correct, but one which I am going to put out there."

O'Driscoll added: "I was at a Q&A with Roy yesterday and he was brilliant, great entertainment.

END_OF_DOCUMENT_TOKEN_TO_BE_REPLACED

"It is interesting because Roy was very much into the punditry while he was not involved in any management, and now he has shelved that for a while.

"Roy is a clever guy – he probably does not have the same filter that a lot of people have, but I think that is why you get a lot of entertainment from him.

"I don't know if I will go on the same tack as that, but hopefully I will be able to impart similar sort of knowledge about our game." 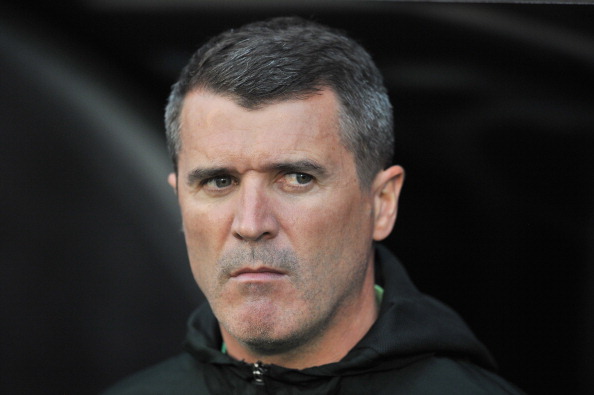 END_OF_DOCUMENT_TOKEN_TO_BE_REPLACED

O'Driscoll says he will not be afraid to criticise players that he used to line up alongside for both Leinster and Ireland.

"I found in the past when I did a bit of punditry, I was very conscious of not saying anything negative about people I played against, because players are like elephants and they remember when someone says something – I stored things for years and just waited for my opportunity," he said.

"But there are lots of different ways to criticise someone, it is in the manner you go about it. You don't have to cut them at the knees – someone who is a great player but has an off day, you don't have to tell them it is the end of their career.

"I imagine my first few involvements will be trying to understand what points I am trying to get across.

"I don't really see it being difficult, because I am not going to be going after people's personalities, I am just going to tell them what I have seen on the pitch that particular day."

popular
Patient arrested after switching off roommate's ventilator because it annoyed her
Peter Kay moved to tears on stage while opening his first stand-up tour in 12 years
Winter warning issued as "severe" week of cold weather in store for Ireland
Dancing with the Stars has added a very surprising contestant
20 years ago, one of the best sci-fi movies of the 21st century was a box-office bomb
'America's Unknown Child' identified solving mystery after 65 years
Simon Cowell concerns fans with appearance as they 'don't recognise him'
You may also like
2 months ago
Iconic rugby commentator Eddie Butler dies aged 65
8 months ago
Scottish Parliament official dies during rugby game in Dublin
9 months ago
Every Guinness fan needs to try these brand new experimental beers
9 months ago
"Samaritans saved my life" - Brent Pope praised for honest interview on Tommy Tiernan Show
1 year ago
"You want to prove them wrong, even if they're not telling the right story" - Conor Murray
1 year ago
Four Irish players propelled into Lions debate after England hiding
Next Page