You can get free 'championship haircuts' in Croke Park on Sunday

This is actually a really good idea...

Hair all getting a bit much? Wondering if you'll have time to get a proper trim before the big game on Sunday?

You need not worry, you're covered this weekend.

END_OF_DOCUMENT_TOKEN_TO_BE_REPLACED

Any self-respecting GAA player will know what a 'championship haircut' is, but just incase you're not sure, we'll explain.

The championship haircut is a haircut gotten two or three days before a game (usually it's a championship game, as the name suggests, duh).

It's done to ensure that you're looking as fresh as possible for the big day and any photos which may be taken on said day.

END_OF_DOCUMENT_TOKEN_TO_BE_REPLACED

If you get a championship haircut, you must recognise and broadcast it by Snapchat or Instagram, or any other appropriate social media platform. It's optional if you want to thank the barber (if you're feeling Hollywood), but all posts must include the word "fresh" in the caption.

The standard style is tight on the sides with some length on top to give it the business at the sides, but party on top kinda vibe.

Now that your crash course is over, you'll be able to get your own version of the championship haircut on Sunday in Croke Park.

To celebrate the ritual, Electric Ireland has teamed up with four expert barbers, to offer haircuts to fans in Croke Park the morning of the All-Ireland Minor Hurling Final. 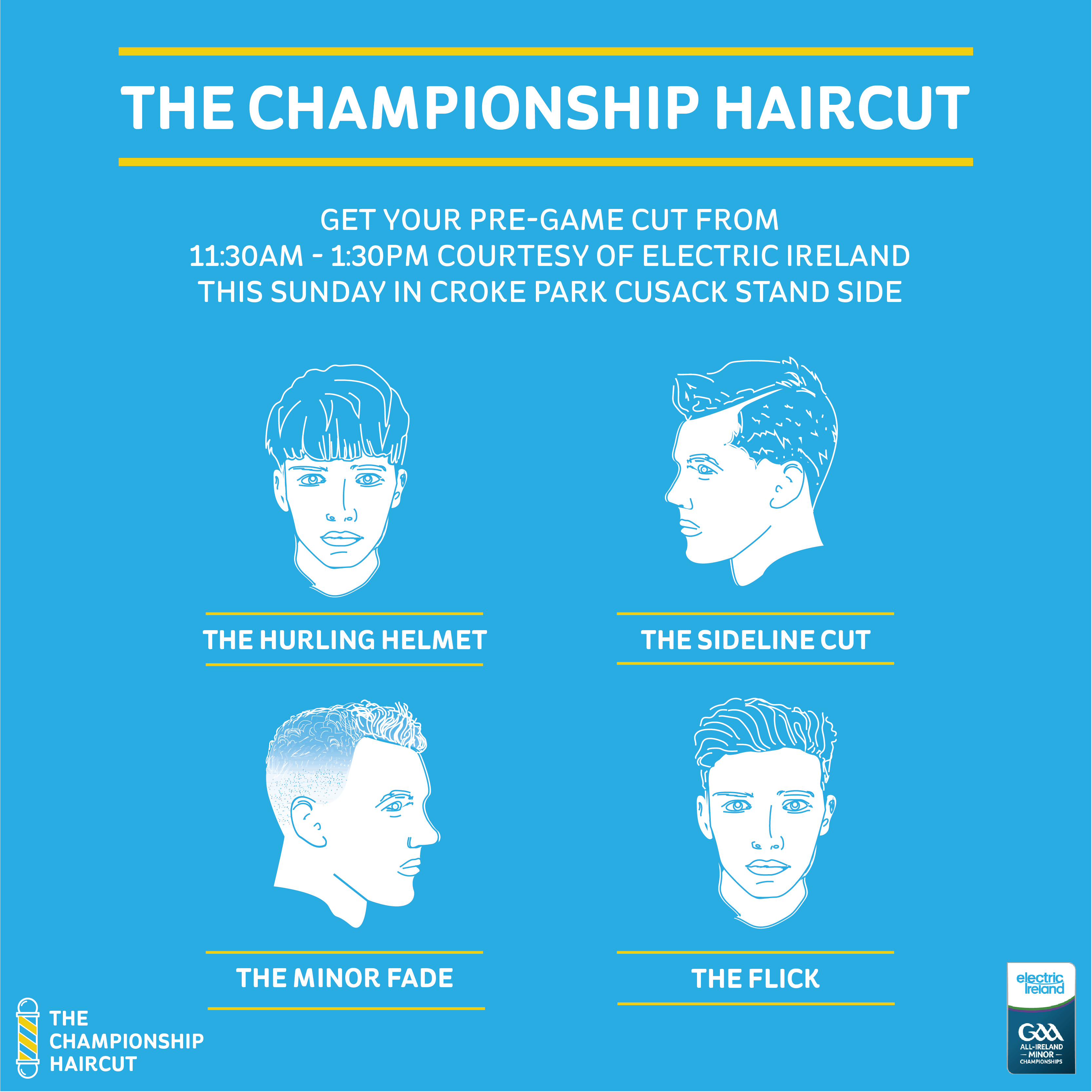 END_OF_DOCUMENT_TOKEN_TO_BE_REPLACED

The haircuts will be running from 11.30am until 1.3opm on Sunday just inside the turnstiles on the Cusack Stand side of Croke Park.

Fans can choose from four different hairstyles, as listed above, although from some reason we imagine the minor fade will be the most popular.

popular
5 years ago, Hollywood took a massive gamble on a huge sequel... and lost big time
Netflix has just added 12 very big movies to their library
One of the most underrated crime thrillers of recent years is among the movies on TV tonight
Netflix backtracks on anti-password sharing measures following user outcry
Tom Hardy set to play Hannibal Lecter-type serial killer in new series
Guy Ritchie's new war movie looks like it'll be a very emotional watch
The 50 most iconic songs of all time* have been revealed
You may also like
3 months ago
Brendan Óg Duffy's father speaks powerfully about his son's death
3 months ago
Gardaí investigating alleged assault on under-9 GAA player at children's sports event
5 months ago
Roscommon GAA confirms investigation into alleged assault on referee during juvenile game
6 months ago
Looking for a hotel room for the All-Ireland Final weekends? It won't come cheap...
7 months ago
Taoiseach condemns "disturbing" fight at Galway v Armagh game
8 months ago
The 2 Johnnies share unbelievable catfish ordeal affecting over 40 people
Next Page