The Gooch is hanging his dirty linen out in public while Kildare won't be facing quite as many Dubs in Croker this time round.

Colm Cooper has been leading the line for 11 years with distinction for Kerry, but not only can he lead the line, he can put the washing on it too.

GAA photo-calls from time to time are from little on the unglamorous side, but is there anything more Irish than a clothesline? Possibly not, and who better than the man so accustomed to hanging defenders out to dry than the Gooch. 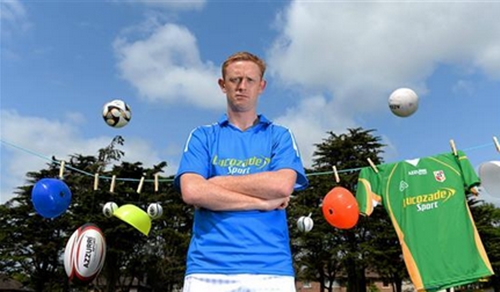 END_OF_DOCUMENT_TOKEN_TO_BE_REPLACED

The Dr. Crokes sharp-shooter may need to work a little on what actually goes on the line – the rugby ball for example is possibly a little unnecessary – but we’ll forgive him.

A little like his opponents on the field, Cooper is probably more used to taking his clothes to the cleaners.

END_OF_DOCUMENT_TOKEN_TO_BE_REPLACED

The Dublin bandwagon will be back up and running this Sunday when they bid for yet another Leinster Final appearance – their eight in nine years – when they take on Kildare, but Kieran McGeeney’s men may take solace from the fact that they will be facing a smaller Dublin support than last year. Much smaller in fact.

The Leinster Council is not anticipating that the 50,000-barrier will be broken for the two football semi-finals between Dublin and Kildare and Meath and Wexford, which would be a drop in 10,000 from the game between Kildare and Dublin last year in the championship two years ago. 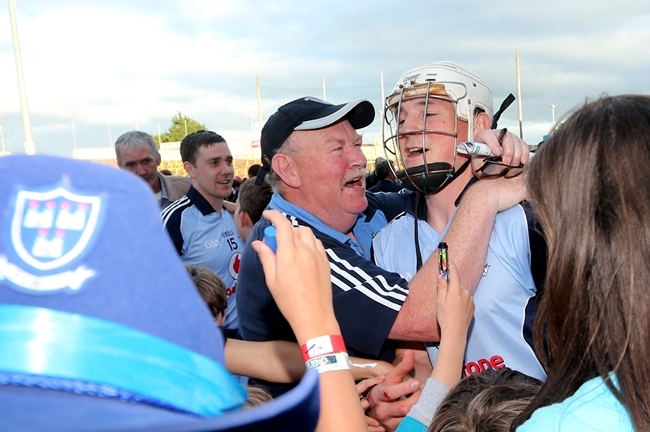 58,723 were watching that day with Wexford and Carlow the curtain-raiser in the other semi-final, but while the figures are expected to be well down, the council has been buoyed by attendances in the hurling thus far, with the replays obviously contributing.

END_OF_DOCUMENT_TOKEN_TO_BE_REPLACED

“We've had a very good hurling championship so far and that has brought up the crowds in addition to the range of different ticket packages that are on offer,” executive Michael Delaney told the Irish Independent.

Still, the Lilywhites can expect a raucous reaction from the Hill when kicking into that particular end on Sunday as they face an uphill task to reach the provincial decider.

popular
James May reportedly hospitalised after crashing into wall at 75mph filming new show
Disney+ has just added 10 big movies to its library
An exciting Irish crime thriller is among the movies on TV tonight
Netflix has just added an incredibly tense 97-minute thriller
QUIZ: You'll need to be razor-sharp to get 100% in this General Knowledge Quiz
The JOE Friday Pub Quiz: Week 307
A great underseen action thriller is among the movies on TV tonight
You may also like
1 day ago
The 10 must-watch events at the 2022 Dublin Fringe Festival
2 days ago
Don't miss this temporary pop-up night club, coming to Dublin for one night only!
2 days ago
Man charged in connection with death of Sean McCarthy in Dublin
5 days ago
Man in his 20s in critical condition following assault at public transport stop in Dublin
5 days ago
Murder investigation launched after discovery of man's body in Dublin apartment
6 days ago
Man arrested following discovery of a body in apartment in Dublin
Next Page