Brought to you by SuperValu

"It's the guys that tune in and go after it that get that extra per cent."

Already with six All-Ireland medals, 12 Leinster titles, and four All-Stars to his name, Bernard Brogan could be forgiven for wanting to step away from the game. A new crop of talented young players to compete with, challenging injuries and the desire to spend time with his family would be enough to make a lesser player give in.

END_OF_DOCUMENT_TOKEN_TO_BE_REPLACED

That's not the way Bernard rolls though.

Bernard Brogan is a SuperValu Ambassador, and this week he's encouraging the nation to give some healthy swaps a go and see how achievable it is to change to a healthier lifestyle. Speaking to us as part of the "All Things Considered" campaign, he said getting it right with his diet is essential when trying to keep up with an ever-improving Dublin side.

That doesn't mean anything particularly complicated, it's all about making sure you're getting the right nutrients.

END_OF_DOCUMENT_TOKEN_TO_BE_REPLACED

"What I try to do is just be smart about it, and keep it simple. I try to get fish into my diet a couple of times a week, and eat good wholesome food," he said.

"Instead of your packet of crisps or your chocolate bar, swap it out for some nuts. Try to be creative with it as well with something like a rice cake with a banana, so you still feel like you're getting a treat."

"Changing from white rice to brown rice is another easy swap. Maybe go for homemade wholegrain bread over the sliced pan as well," he said.

There is a lot of science behind nutrition, but Bernard doesn't think we should be too focussed on some of the finer details.

END_OF_DOCUMENT_TOKEN_TO_BE_REPLACED

"If you feel like you're investing in it and trying, your body will answer back and you'll reap the rewards. A lot of it comes down to trying to think about what you're eating, and coming up with simple solutions for yourself."

"It's about driving energy, and you'll be all the more productive as a result," he said.

Receiving this kind of information from the experts is what helps get him over the line. He said that it's important for us to invest in the underage system so the younger guys can learn from it as well. 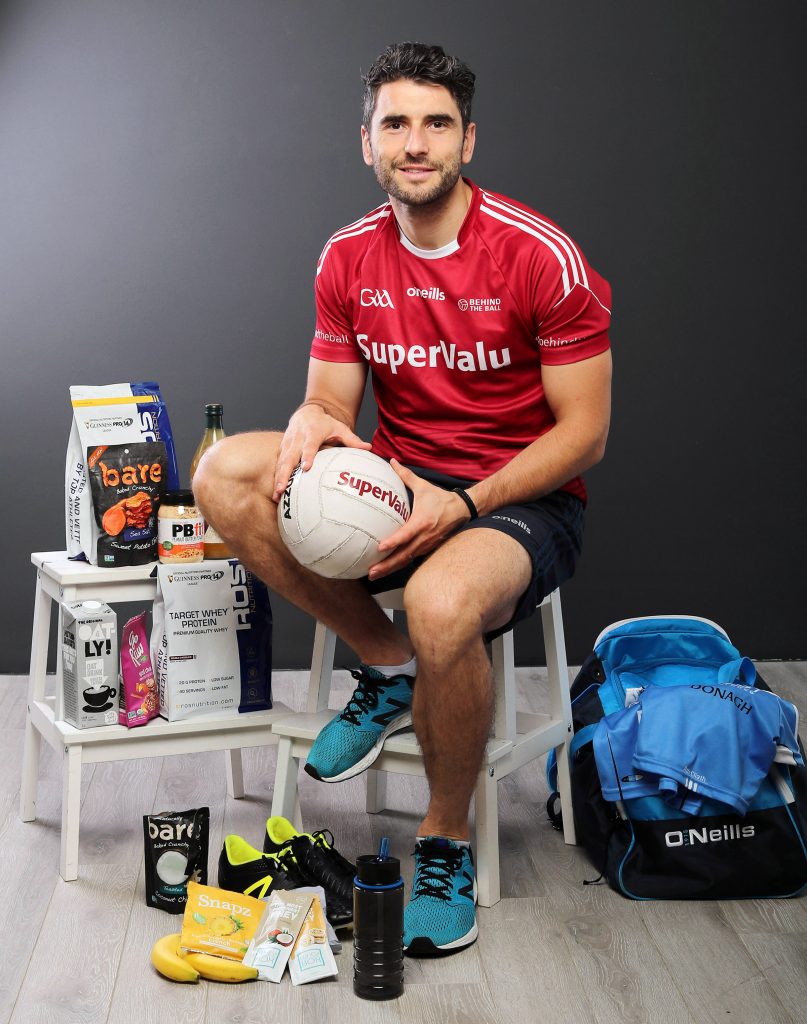 Getting the balance right

Players need to understand that there are a lot of things to consider when balancing your personal and sporting life. This is particularly true when it comes to recovery.

"If you're not eating and sleeping right, or if your head's not in a good space, you won't be able to compete. It's the fuel that drives you on, and drives your recovery as well," he said.

While Bernard has gained his knowledge through years of experience, he said the GAA's overall approach to nutrition is certainly improving. Not only is science helping us to develop a better understanding of what to eat, but he can also see the difference in the positive attitude of the younger players in the senior squad.

"The younger guys we see in the squad now have access to a lot more information than I would've had when I was coming up. That comes from investment in underage structures and development."

"It takes a long time. It's the development that was done 15/20 years ago that created that environment," he said.

SuperValu has just launched its “All Things Considered” campaign, which is encouraging shoppers to look at the real value that SuperValu offers its shoppers not just a great product range with over 3,000 own brand products at affordable prices but the real value beyond the till from good customer service with friendly staff to fresh locally grown food along with supporting local communities through giving small producers shelf space, Tidy Towns, GAA and our sustainability commitments.

All things considered, if it’s for breakfast, lunch or dinner and anytime in between SuperValu has all of your healthy options sorted for you.

Brought to you by SuperValu