KLM quickly deleted the tweet, but the damage to fed-up Mexican football fans was done.

Your heart would have to go out to Mexico. They were just a handful of minutes away from a place in the World Cup quarter-finals but first a Wesley Sneijder volley, and then a Klaas Jan Huntelaar peno in injury time saw them exit the tournament at the hands of Holland instead.

As you might imagine, especially with the somewhat controversial nature of the penalty award, Mexican fans were not in great form after the game so when this tweet from Dutch airline KLM went viral, it peed off pretty much everyone in Mexico. 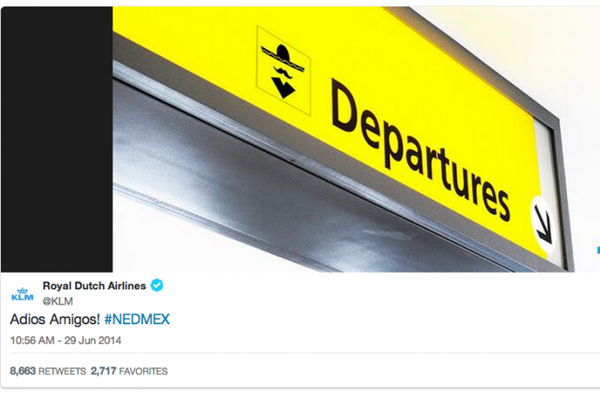 The airline deleted the tweet when the reaction went against them but it was too late. They also drew the ire of actor Gael Bernal Garcia, a big football fan.