No matter who ends up being the new man in charge at Old Trafford, he’s going to have a massive job on his hands.

Most Manchester United fans expected a period of transition after Alex Ferguson eventually called it a day at the end of last season, but few could have foreseen just how disastrously things would pan out under David Moyes over the last ten months.

While there was an element of sympathy for the Scot and the manner of his dismissal could have been handled with far more dignity and class than it was, it appeared as if there was a palpable sense of relief amongst Red Devils supporters when he was officially given his marching orders today.

END_OF_DOCUMENT_TOKEN_TO_BE_REPLACED

With a new manager and reports of a summer of unprecedented spending on the way, Manchester United supporters are already getting giddy about what might be in store in the next campaign.

Just because Moyes is gone doesn’t mean that the numerous problems evident at the club will automatically sort themselves out, whoever is entrusted with the job will still have an awful lot to do if the club are going to re-establish themselves as one of the biggest forces in domestic and European football.

Here are a few things that should take priority on his to-do list as soon as he arrives.

Get the transfer business sorted as early as possible

A lot of the groundwork on potential targets is already being done behind the scenes if reports are to be believed, but considering that the new manager will be keen to make his own mark immediately, he needs to ensure that the players potentially arriving are suited to the style of football he intends on playing at Old Trafford.

Although it wasn’t entirely his fault, David Moyes’ failure to act early in the transfer market last summer ended up costing United dearly and the club will want to ensure that the majority of new players have arrived, or at least that deals are put in place, before the start of the World Cup this summer.

END_OF_DOCUMENT_TOKEN_TO_BE_REPLACED

Of all the disheartening elements about watching Manchester United play this season, the sheer paucity of quality in the attacking third has been the hardest thing for supporters to take.

In a lot of games, David Moyes set his team up to try and deal with the opposition’s strengths – that approach didn’t exactly work either – rather than impose themselves on the teams they were playing against and when the onus was on them to go and attack, they were sorely lacking in any ideas apart from crossing from wide areas, a predictable approach that reached a nadir in the 2-2 draw with Fulham in February.

Ryan Giggs was said to be particularly disillusioned with Moyes’ obsession with working on defence and on team shape in training and a lack of focus on the attacking play that has been at the heart of so many United teams over the years. As well as making them better, it will be up to the new man to make United entertaining to watch once more.

It’s been mentioned on these pages and elsewhere in the recent past, but some of David Moyes’ public pronouncements have been baffling to say the least, giving rise to much shaking of the head amongst the club's supporters.

END_OF_DOCUMENT_TOKEN_TO_BE_REPLACED 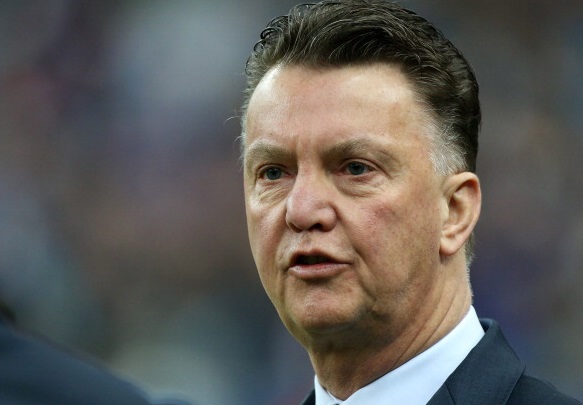 Words like ‘try’ and ‘hopefully’ are not words you expect to hear from a Manchester United manager, never mind saying anything about aspiring to be on the same level as Manchester City or labelling Liverpool as favourites ahead of a visit to Old Trafford.

The vast majority of big managers these days carry themselves with confidence and a certain degree of arrogance and although some of the stuff they come out with is quite clearly bullsh*t, the knock-on effect that it often has on a club’s support base, and indeed the players, can’t be underestimated.

The stats speak for themselves (seven wins, three draws and six defeats in the league at Old Trafford) but one of the most striking things about this season was the amount of opposition players who spoke about the lack of a fear factor when playing at Old Trafford compared to how intimidating it could be when Alex Ferguson was in charge.

Average teams came to Old Trafford and left with victories that would’ve seemed unthinkable in years gone by and, most gallingly of all, their greatest rivals – Liverpool and Manchester City – not only beat United but absolutely battered them.

In the 2010/11 season, an average United side – at least compared to some of the other title-winning outfits – dropped just two points at home over the entire campaign and it is that sort of record, or at least close to it, that they need to be aiming for at the Theatre of Dreams if they want to be successful once again.

Make a greater effort to keep matters of unrest in-house

Happy as we in the media might be to lap it up, there has been a wild increase in the number of stories of unrest behind the scenes at Manchester United this season than there was under the Ferguson years.

On Monday Night Football last night, Gary Neville spoke of being repulsed at how the information on Moyes’ imminent sacking had been leaked (as part of a diatribe about modern football in general) but that has just been the tip of the iceberg.

At various points of the season, there have been leaks that *pauses for breath* Ryan Giggs, Nemanja Vidic, Rio Ferdinand, Javier Hernandez, Robin van Persie and most recently Danny Welbeck amongst other players have been unhappy with various aspects of life at Old Trafford and punishments for indiscipline by Welbeck, Chris Smalling, Ashley Young and Tom Cleverley have all been made public.

Alex Ferguson was a master of keeping details on what happened behind the scenes in-house and in an effort to establish control, or at least a sense of control to the outside world, the new man could do a lot worse than heed the lessons of the purple-nosed one.

popular
Amazon Prime Video has quietly added 18 big releases to its library
Large crowds gather outside Tullamore courthouse as man charged with murder of Ashling Murphy
Over 80% of people working from home could be missing out on €100 tax relief
WATCH: This foul-mouthed argument proves the Irish language is alive and well
Here's the line-up for this week's Late Late Show
A gripping '90s thriller is among the movies on TV tonight
60 jobs available on Stena Line with 50% of your time spent not working
You may also like
3 months ago
The JOE Friday Pub Quiz: Week 264
4 months ago
Manchester City's Benjamin Mendy charged with four counts of rape
5 months ago
Michael Ballack’s son Emilio, 18, dies in 'quad-bike crash’
5 months ago
Five football documentaries to watch to kill time before the new Premier League season
7 months ago
Christian Eriksen stable but may not play football again, says sport cardiologist
11 months ago
Defence grows for Billy Burns after one of the roughest days of his rugby career
Next Page