"F**k off." John Kavanagh responds to Meryl Streep's comments about MMA at the Golden Globes

The MMA coach wasn't pleased with Streep's quotes about the sport.

Meryl Streep's speech against Donald Trump at the Golden Globes was praised by a lot of people, but the Hollywood icon has also been widely criticised for her views on MMA.

During Sunday's event, the 19-time Oscar nominated actress said the following about MMA: "Who are we, and what is Hollywood anyway? It’s just a bunch of people from other places. Hollywood is crawling with outsiders and foreigners. And if we kick them all out you’ll have nothing to watch but football and mixed martial arts, which are not the arts.”

END_OF_DOCUMENT_TOKEN_TO_BE_REPLACED

During an interview with TMZ, Dana White hit back at Streep by saying: "It's not going to be everybody's thing, and the last thing I expect is an uppity 80-year-old lady to be in our demographic and love mixed martial arts.

"If you really look at who follows the UFC and is in to mixed martial arts, it's everybody. Like I said: I don't expect an 80-year-old woman to be a big fan of mixed martial arts. And listen, everybody's into whatever they're... I'm not a big fan of golf. Doesn't mean people should stop watching it. If you don't like it, change the channel.” 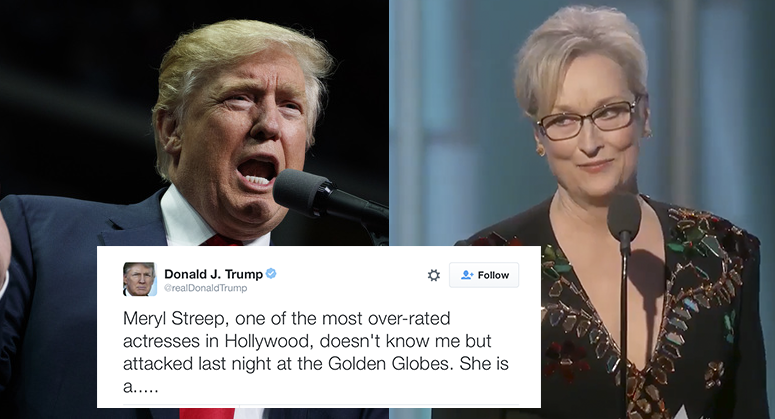 On his Facebook page, the SBG Head Coach stated: "A lot has been made of Meryl Streep's 'calling out' of Mixed Martial Arts as not being 'the arts'. She's 100% right, it's sport. I was just impressed she said mixed martial arts and not 'cage fighting'. People probably got a little defensive with the way she was clearly saying 'the arts' were so much superior to 'sport'. What would we ever do without Hollywood!!?"

Kavanagh added: "The great American writer Joseph Campbell said the closest he ever came to a truly spiritual experience was through athletics. I wouldn't like to think of one activity better than the other - sport or art. Just do whatever you enjoy. I think people's main issue with her teary well acted speech was that she tried to pass herself, and the rest of her ultra rich and ultra entitled liberal friends, off as 'an outsider'.

"Yes Meryl, you're just like an illegal immigrant or starving refugee. Fuck off. Just carry on adding to your 100s of millions you've earned from playing pretend. You've known nothing but extreme wealth and privilege your whole life, so don't look down your nose at sport which has probably helped a lot more people than the expensive drama schools you attended. Happy Tuesday haha!" he added.

House of Rugby Ireland · Munster can't beat Leinster, Six Nations squad and John Cooney interview
popular
Holly Willoughby criticises influencer for travelling to Dubai during pandemic
Here are the best movies on TV tonight
QUIZ: Can you name all of these countries just from one of their cities?
New Zealand set to close its borders for the entirety of 2021
Lidl to open six new stores and create 1,200 jobs in Ireland over the next year
Leo Varadkar says if Ireland introduced mandatory hotel quarantine, it would have to do so for a year
Five things we definitely do not want to see in the new Harry Potter TV series
You may also like
3 days ago
20 of the best comedies to watch on Netflix right now
5 days ago
The full list of all the new shows and movies coming to Netflix in February
5 days ago
10 prequels that are actually better than the movies that came before
6 days ago
20 of the best Irish movies you can watch at home right now
1 week ago
5 upcoming movies about the end of the world
1 week ago
Liam Neeson says he is retiring from action films
Next Page