At present, Dana White has confirmed that Conor McGregor has received his cheque for UFC 229 from the Nevada Athletic State Commission. Khabib's has been held.

"He interviewed Conor, they looked at some tapes, did some stuff and made a decision to give Conor McGregor his cheque, " he said.

END_OF_DOCUMENT_TOKEN_TO_BE_REPLACED

White also confirmed that the three men that were arrested for attacking McGregor in the aftermath of the fight have been released and the the Dubliner refused to press any charges against them.

After such a volatile ending to the fight, various different angles and pieces of footage are coming to light which illustrate the madness that unfolded after Khabib hopped over the cage and made a beeline to Dillon Danis - McGregor's teammate.

Joe Rogan confirmed that Dannis was insulting the fighter from Dagestan throughout the contest.

While Khabib was causing chaos in the crowd, two of Nurmagomedov's team jumped into the octagon and went for the Irishman but, just beforehand, McGregor was on top of the cage and he was trading blows.

Here's McGregor jumping on top of the cage. 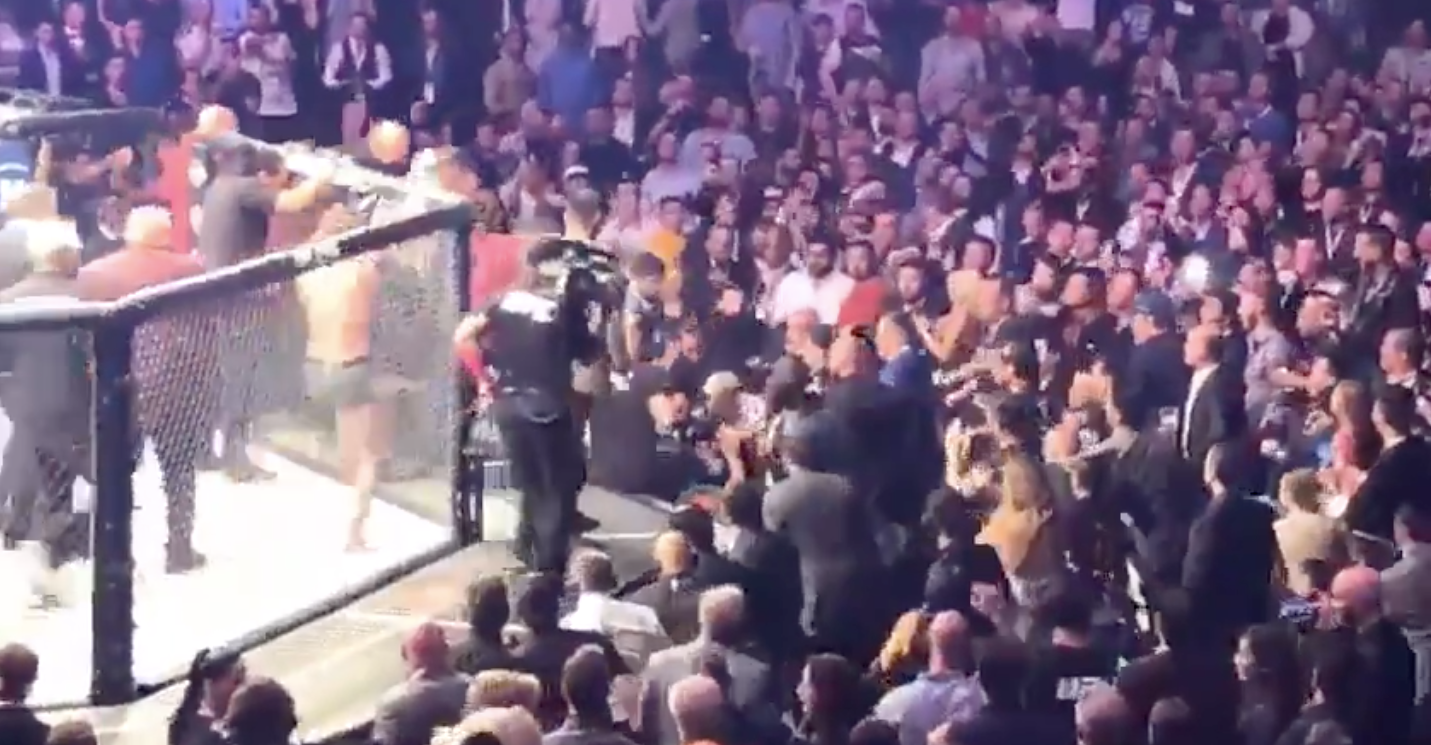 Trading punches with a member of Khabib's team.

At this point, a man wearing a red t-shirt scales the cage, seemingly with the intention of attacking McGregor from behind. 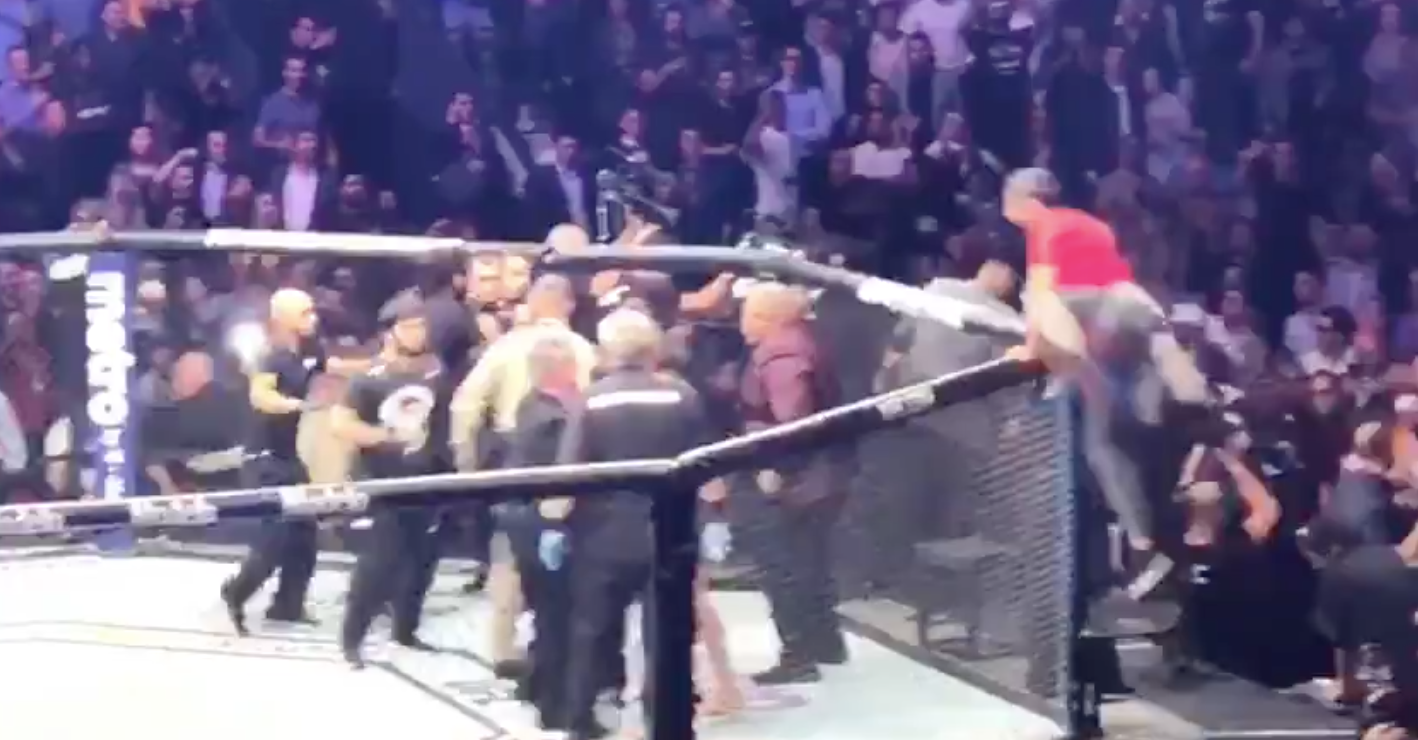 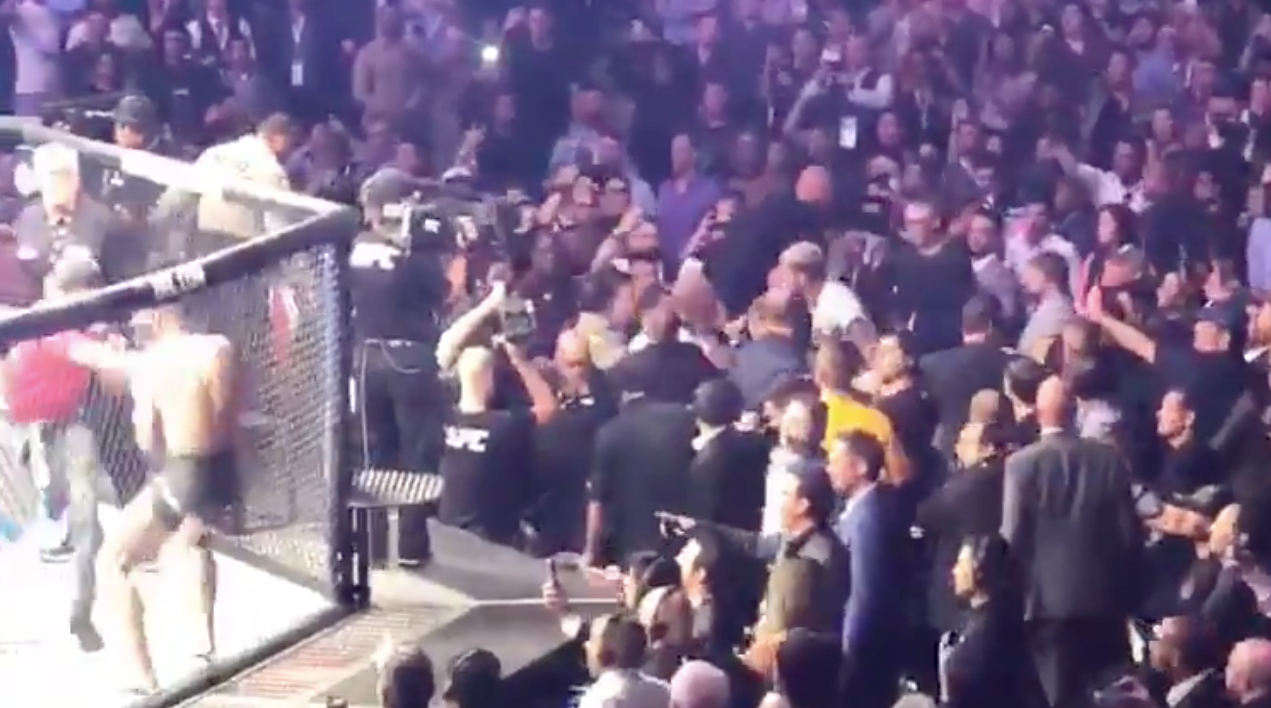 Here's the angle of this footage in full.

popular
Wagatha Christie: Rebekah Vardy storms out of court just 30 minutes into final day
HSE urges public to stop using popular e-cigarette
2022 looks like it will finally be Hollywood’s big coming out party
President Michael D. Higgins leads the Late Late line-up this week
QUIZ: Can you name all the US States that contain 8 letters?
Ryanair recruiting for over 100 positions at Dublin Airport
You may also like
2 years ago
Conor McGregor responds to Paschal Donohoe’s calls to encourage social distancing amongst Irish public
2 years ago
"I was in the wrong" - Conor McGregor apologises over incident in Dublin pub
3 years ago
Charges dropped in Conor McGregor phone-smashing case
3 years ago
WATCH: New footage released of Conor McGregor allegedly smashing fan's phone in Miami
3 years ago
Leo Varadkar and Conor McGregor lead the way in Chicago St. Patrick's Day parade
3 years ago
Conor McGregor and Nate Diaz have once again teased a third fight between the two
Next Page