Any weekend with a Munster hurling championship clash and two Ulster football championship matches is a very good weekend.

Storyline of the weekend: The meeting of Derry and Donegal in Ulster is massive, but the Munster hurling championship is still the biggest show in town when it comes to provincial GAA action and so the majority of eyes will be on Cork v Waterford in Semple Stadium on Sunday.

It would be asking a lot of both sides to repeat some of the classic encounters they played out from the mid to late 2000s (with all due respect to Cork, who lost both games, 2004 and 2010 were particular highlights) but it should give us an insight into where both sides are headed in the coming months.

END_OF_DOCUMENT_TOKEN_TO_BE_REPLACED

Cork as 1/3 favourites sounds about right; they went well in the league and a panel that was good enough to get to the All-Ireland Final last year has been strengthened by the addition of Aidan Walsh and Damien Cahalane, both of whom start on Sunday, as does Eoin Cadogan’s younger brother Alan, who many are tipping to make a big impact from corner-forward.

Waterford have good young talent coming up through the ranks, but this season might have come a bit too early for them to really flourish; we expect JBM’s outfit to come through this one with a few points to spare.

Keep an eye out for: James Kavanagh. The Kildare native was one of the Lilywhites’ best forwards during the Kieran McGeeney era and having transferred to Galway, he’ll be making his Championship debut in Ruislip against London this weekend. 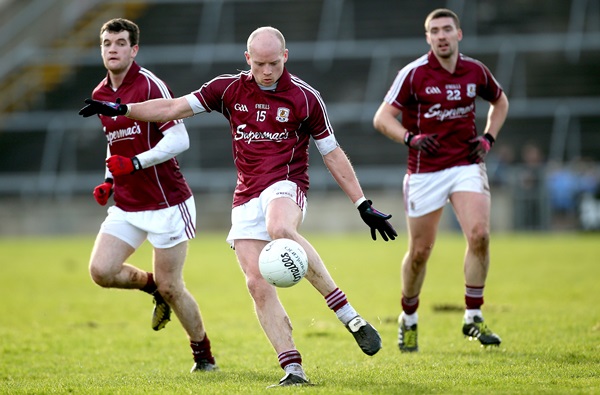 Kavanagh is the latest in a long line of talented left-footed forwards (Fallon, Joyce, Savage and Meehan spring to mind) to wear the maroon jersey, but judging by some of the negative vibes that appear to be emanating from the west, his debut might not be the walk in the park that Galway might have enjoyed on previous visits across the pond in the past.

His inclusion and influence should go some way to lessening the huge loss of Paul Conroy to Alan Mulholland’s men in a game where Galway could do with showing what they’re made of, having slipped below Roscommon in the pecking order in Connacht as far as a lot of pundits are concerned.

END_OF_DOCUMENT_TOKEN_TO_BE_REPLACED

Game likely to be the subject of least discussion on The Sunday Game: We’re not sure how much coverage there will be of the various Christy Ring and Nicky Rackard encounters taking place this weekend, but in terms of senior Championship action, this unfortunate honour will probably fall the way of Westmeath v London in a Leinster hurling qualifier, which takes place in Mullingar on Saturday afternoon.

Jim White mis-pronounced word of the weekend: Bainisteoir. We haven’t heard Jim grapple with the Irish language just yet so God help him if he tries to read the line on the garments that the likes of Jim McGuinness, Mickey Harte, Jimmy Barry-Murphy, Derek McGrath et al will be wearing on the sideline this weekend.

Bet of the weekend: Down v Tyrone, no goalscorer, 13/2: So how many of you jumped on our recommendation to back a pointed Westmeath free as the first score in their clash with Louth last weekend? *Awaits applause* Nobody? Fair enough.

So open was last week’s encounter between Tyrone and Down in Omagh last weekend that we’re predicting a massive change in the defensive approach of both sides to Saturday evening’s encounter in Newry and are bravely sticking our necks out on no goals to be scored at 13/2.

Did you know… that Derry haven’t won an Ulster title since 1998? A 16-year wait for glory isn’t that big of a deal in a province as hotly contested as Ulster is, but the Oak Leafers have rarely looked as equipped for an assault on the Anglo-Celt Cup as they do this season. 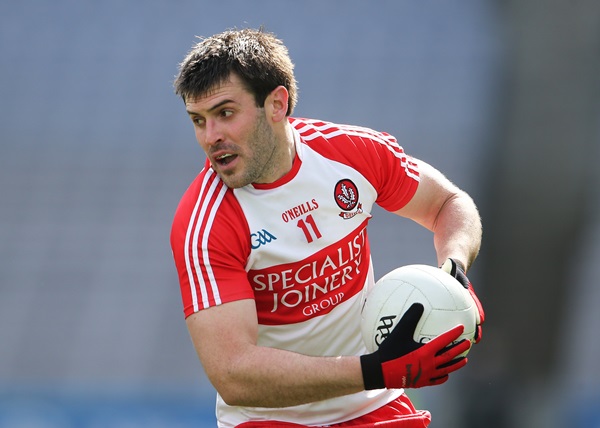 END_OF_DOCUMENT_TOKEN_TO_BE_REPLACED

If this guy fires in the way he can on Sunday, Donegal could be in trouble

We could well be about to find out that rumours of Donegal’s demise have been greatly exaggerated, but on the back of an excellent campaign immediately after promotion from Division Two (league final aside) and with home advantage to start off their campaign, this could be the year when Derry re-write the record books.

The Big Reviewski || JOE · The Big Reviewski with Dune, a mini-Hangover reunion & the best of Timothée Chalamet
popular
Alec Baldwin fatally shoots woman with prop gun on movie set
HBO announces a new Sopranos series is in the works... kind of
CONFIRMED: Nightclubs to open at 100% capacity, 11.30pm curfew has been removed
Two Gardaí assaulted during protest in Dublin City Centre
QUIZ: Can you name all the countries beginning with L?
Here's the lineup for this week's Late Late Show
"It’s obvious these guidelines were issued by Government without any meaningful consultation with the hospitality sector."
You may also like
1 week ago
Wicklow GAA to investigate fight after Under 15 match on Saturday
1 year ago
Post-match celebrations and a lack of social distancing at certain events put club game on hold
1 year ago
Cork GAA pleads with clubs and supporters “not to engage in celebrations that breach current guidelines”
1 year ago
What's the Bronco test and why it may come up in conversation this week
1 year ago
The Andy Moran GAA Isolation Workout
1 year ago
SuperValu, Centra and the GAA team up on initiative to support elderly people
Next Page