The Dubs are back in town, Sky’s first game is finally here and there’s a raft of great games in both codes in all provinces. What more could you ask for?

Storyline of the weekend: The first look at the would-be All-Ireland winners in waiting. Traditionally the Dubs have needed no help creating hype around their footballers, but it’s all the other counties that have been speaking about Jim Gavin’s side with a degree of reverence so far this year.

And with good reason too. The displays against Cork in the second half of the league semi-final and against Derry in the final were frightening examples of the Dubs at their devastating best and even when a few of the starting XV are struggling for form, Jim Gavin has a wealth of options in reserve that no other county comes even close to rivalling.

END_OF_DOCUMENT_TOKEN_TO_BE_REPLACED

Laois aren’t a bad side by any means, but with all due respect to them and everyone in Leinster, the Dubs aren’t likely to face a serious test until August, by which stage they may have well have scared the life out of would-be challengers by tearing a path of destruction through their provincial championship.

The Dubs are priced at 1/40 (1/40!!) to win this weekend and 1/7 to win Leinster and the ominous thing about it is that both prices are probably about right. Scary stuff indeed.

Keep an eye out for: The first live game to be broadcast on Sky this weekend, of course. With Jim White struggling with some name pronunciations, talk of black cards in hurling and the gaffe that caught everyone’s eye earlier this week it’s been far from plain sailing for the broadcaster so far but they have a chance to make a good first impression this weekend. 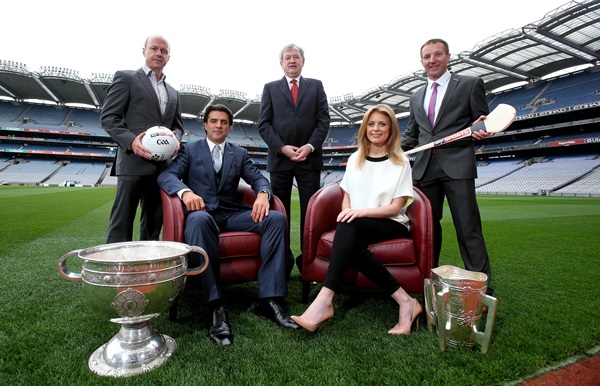 END_OF_DOCUMENT_TOKEN_TO_BE_REPLACED

Being the nation of begrudgers we can be at times, there is a not insignificant portion of the GAA community waiting to pour ridicule on Sky should they get it wrong with their coverage of Kilkenny v Offaly at Nowlan Park on Saturday evening. With suggestions that they are going to position their cameras at different locations than RTE and TG4 usually do at the Kilkenny venue, however, it seems as if they’re at least willing to try something different and we should all reserve judgement until we’ve had a good look at the finished product.

That said, we won't be surprised if Twitter explodes on Saturday evening all the same.

Game likely to be the subject of least discussion on The Sunday Game: The clash between Clare and Waterford in the Munster Football Championship is probably the least high-profile of all the matches on what is a pretty action-packed weekend for Gaelic Football. Considering that both sides strutted their stuff in Division Four of the league in the spring, the game might struggle to muscle in on decent-looking games in all three of the other provinces this weekend.

END_OF_DOCUMENT_TOKEN_TO_BE_REPLACED

Jim White mis-pronounced word of the weekend: Jim will have to once again grapple with the names of the O’Connor brothers from Mayo that so troubled him last time out, but a new challenge presents itself from Armagh, where names like Aaron Findon and Caolan Rafferty might get Jim’s tongue into a bit of a twist when reporting on the Orchard County’s clash with Cavan from the Athletic Grounds.

Bet of the weekend: Roscommon (+5) to beat Mayo, 10/11: Roscommon are attracting a lot of chatter in GAA circles at the moment and justifiably so. Having won the Division Three league final in some style, their under-21 side (the latest in a string of talented under-age sides from the county) made it all the way to the All-Ireland Final before coming a cropper against a formidable Dublin outfit. 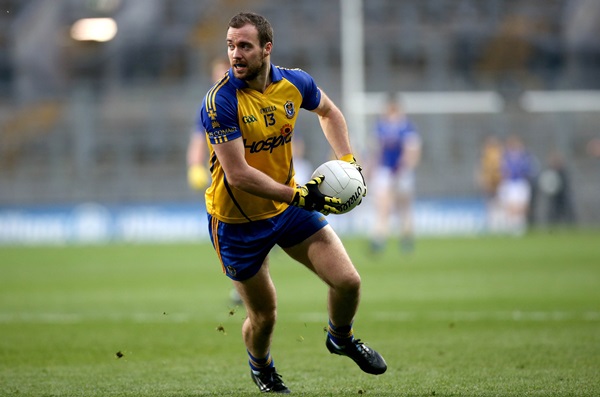 We don’t think they’ll beat Mayo on Sunday – the Green and Red are still a distance ahead of the chasing pack in Connacht – but with momentum from the league and the home crowd behind them, we reckon they’ll only be a few points away at the end.

Did you know…? The meeting between Cork and Waterford on Sunday will be the third Championship replay between the sides in seven years. In that time, there has only been one occasion in which the original encounter wasn’t a draw and in any clash between them since 2006, the winning margin has never been any more than three points.

Waterford have won the last two replays (2007 and 2010) so if you’re the type of person that believes in a sequence you might be backing the Déise to do the business again on Sunday, but history suggests that whatever happens, it’s going to be tight.

popular
Netflix has just quietly added 12 big movies to its library
Seven more suspected cases of unexplained hepatitis in Ireland under investigation
A thrilling '90s war film is among the movies on TV tonight
Amazon Prime Video has just added 21 big movies to its library
Couple injured after alleged homophobic attack in Dublin
Gardaí investigating firearm being discharged near film set in Donegal
Has anyone seen Mr Tayto?
You may also like
5 hours ago
Passengers warned that Dublin Airport situation is simply "unpredictable"
1 day ago
Man in Finglas arrested following investigation into romance fraud
1 day ago
Shock as dead dolphin vandalised with graffiti on Dublin beach
3 days ago
REVIEW: Van Gogh Dublin is a truly unique cultural experience
3 days ago
Gardaí appeal for witnesses following serious assault incident in Dublin
5 days ago
Man injured following shooting incident in Dublin
Next Page