With five different games in three provinces to look forward to, here’s some of the things JOE will be looking forward to in the first proper weekend of action in the 2014 Championship.

Storyline of the weekend: The Ulster Championship remains by far the most competitive and the most interesting of all the provincial championships and the clash between Tyrone and Down this weekend isn’t a bad way to start it off.

Tyrone looked very patchy at times in the league, but in Omagh they should have more than enough for a Down side that were pretty content to tread water in Division Two and are quoted at a sizeable 22/1 to win a provincial Championship.

END_OF_DOCUMENT_TOKEN_TO_BE_REPLACED

The game should also give us an indication of whether the introduction of the black card will affect the Ulster sides’ tactical approach or whether we can expect more of the no-nonsense, tough and hard-hitting encounters we’ve become accustomed to in the province in recent years.

Keep an eye out for: Roscommon. John Evans’ men scored 1-17 in an impressive Division Three league final victory over a Cavan outfit that were as miserly as, well, a Cavan man during the league. They played that game without any help from the under-21 side that made it all the way to the All-Ireland final, the most recent representation of a conveyor belt of talent that has been coming out of the county for the best part of the last decade. 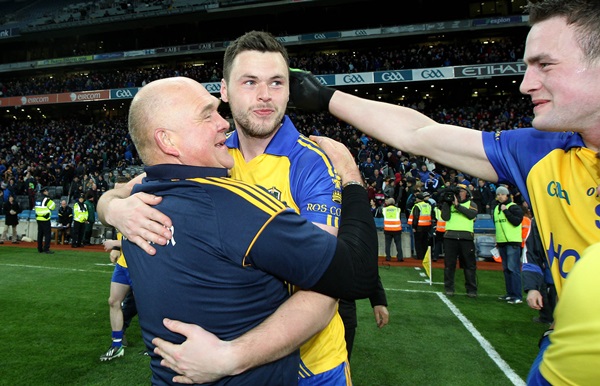 The Rossies are on the up

END_OF_DOCUMENT_TOKEN_TO_BE_REPLACED

Leitrim shouldn’t prove too much of an obstacle on Sunday, but James Horan will be an interested spectator ahead of a probable encounter with Mayo in early June.

Game likely to be the subject of least discussion on The Sunday Game: With all due respect to both sides, the meeting between Longford and Offaly in Pearse Park on Sunday might struggle to merit much discussion from the Sunday Game crew this weekend. Both sides were relegated from Division Three after a combined two wins from 14 games between them in the league and face a pretty big task making an impact on both the Leinster Championship and the qualifiers this summer.

Jim White mis-pronounced word of the weekend: Aughrim. Old Jim found Leitrim tough enough a couple of weeks ago, so we imagine he’ll struggle to get his head around the Wicklow venue, which he’ll probably pronounce ‘Awg-her-him’ or something to that effect.

Bet of the weekend: First score of the game, Westmeath v Louth: Westmeath to score from a placed ball, 4/1. 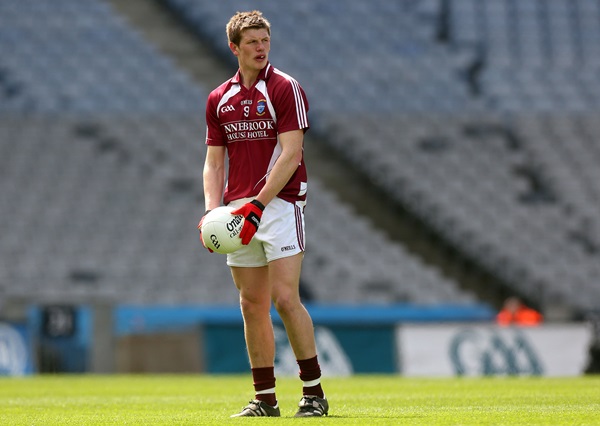 END_OF_DOCUMENT_TOKEN_TO_BE_REPLACED

Heslin: A handy man for the frees

We’re wading deep into obscure gambling territory here but in John Heslin, Westmeath have one of the best free-takers in the business and we reckon there’s a decent chance he’ll settle nerves at Cusack Park with the opening score of the game from a free against Louth on Sunday afternoon.

Did you know… Wicklow take on Laois this weekend on home turf, where they will be looking to get a first victory over the Queen’s County since 1986. 28 years ago, they came out on top in ‘The Battle of Aughrim’, a game that still exists alongside the 1996 All-Ireland Final replay between Mayo and Meath in the Gaelic Football Hall of Infamy.

Laois went into the game as raging hot favourites on the back of their successful campaign in Division One of the National League that year, but came undone at a notoriously intimidating venue after three of their players were given their marching orders in a highly tempestuous clash.

The referee for that game, Carthage Buckley, recalled his experiences of the game during a pretty sensational segment on Off the Ball during the week, during which he dispelled myths that he had to be smuggled out of the ground afterwards and also read out a threatening letter sent to him by Laois fans shortly afterwards.

We’d like a bit of excitement when the two sides go head to head again this weekend, but a more sanitised encounter than what went down nearly 30 years ago will be quite alright thank you very much.

popular
The JOE Friday Pub Quiz: Week 308
Fine Gael announces special screenings of Michael Collins movie in 19 cinemas across Ireland
Controversial influencer Andrew Tate banned from Instagram and Facebook
Netflix has just added 23 very big movies to its library
Infant dies after being hit by jeep in Roscommon
Pilots fly over destination airport at 37,000 feet because they were both sleeping
Passenger plane dropped 1,200 feet in a minute without pilots noticing
You may also like
1 month ago
Looking for a hotel room for the All-Ireland Final weekends? It won't come cheap...
1 month ago
Taoiseach condemns "disturbing" fight at Galway v Armagh game
2 months ago
The 2 Johnnies share unbelievable catfish ordeal affecting over 40 people
3 months ago
Limerick hurler arrested following alleged altercation with Tipperary player in Limerick pub
4 months ago
Woman in her 20s dies after accident during Camogie match
10 months ago
Wicklow GAA to investigate fight after Under 15 match on Saturday
Next Page