With the qualifiers getting underway, the big two in Munster football in action and a potentially gripping Leinster Hurling semi-final, we're in for another cracking weekend of GAA.

Storyline of the weekend: It’s two years since the Galway hurlers caused the mother of all shocks in Croke Park, not just by defeating Kilkenny in the Leinster Final but absolutely annihilating them in a performance that was arguably the best ever delivered by the men in maroon in the modern era.

It was a display that everyone knew Galway were capable of but a display they don’t produce nearly often enough; if they’re going to silence the Cats’ meow this weekend then they’ll need to reach those heights again but we’re not entirely sure if they’re capable of doing so.

END_OF_DOCUMENT_TOKEN_TO_BE_REPLACED

Part of our rationale for that suggestion is that we can’t see Brian Cody’s men being caught off guard this time around.

Last season Kilkenny showed signs of age and of wear and tear but a trawl through the county for talent has led to a greater depth in the panel and after a successful league campaign they were absolutely ruthless in their demolition of Offaly last month. It was as if they were going out of their way to convince a new Sky audience that they are still the biggest show in town as far as the small ball game is concerned, with the result that they secured the biggest winning margin in the Cody era.

Galway’s unpredictability might be one of the biggest clichés in the modern era and having just scraped by Laois, who knows, maybe they will channel the spirit of 2012 and shock Kilkenny all over again.

We expect them to give them a bit of a scare but also for the Cats to land on their feet, as they usually do.

END_OF_DOCUMENT_TOKEN_TO_BE_REPLACED

Keep an eye out for: JOE’s Munster expert Joe Harrington is convinced that Tipperary will give Cork a run for their money in the Munster semi-final this weekend and while you’d have to be wary about such comments coming from a Kerry man, there is some substance behind his rather bold call.

The work that the Premier County have been doing at under-age level has been well-documented and while under-age success doesn’t always translate into trophies at senior level, you’d have to think that what they’ve achieved at minor (Munster Champions 2011 and 2012) and under-21 level (Munster Champions 2010, runners-up 2013 and 2014) in recent years will make them more competitive in the province. 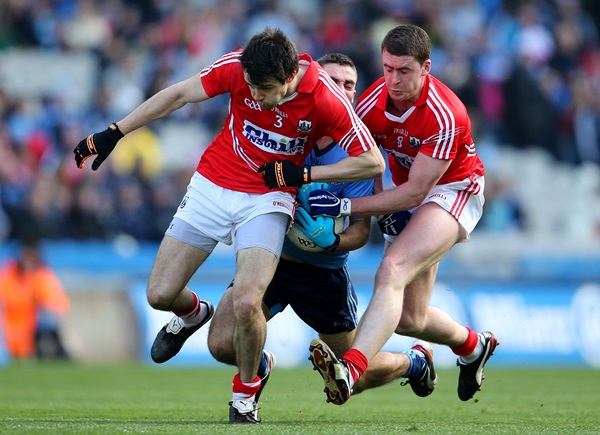 If they fulfil their potential, Cork could be meeting Dublin again in Croke Park later this summer

END_OF_DOCUMENT_TOKEN_TO_BE_REPLACED

That said, odds of 1/25 in favour of Cork doesn’t bode well for Tipp’s chances and a new-look Rebels side under Brian Cuthbert are being talked up as potentially being Dublin’s biggest challengers for an All-Ireland title.

There’s no getting away from the fact that if Cork play anywhere near their best on their home patch that they’ll prevail with a good bit to spare, but the game should give a decent indication of their All-Ireland credentials and whether or not Tipp have what it takes to go toe-to-toe with the big two in Munster in the coming years.

Game likely to be the subject of least discussion on The Sunday Game: The first round of the football qualifiers get underway this weekend so there will be a lot of games muscling for attention and we predict that Wicklow v Offaly in Aughrim might struggle to get the attention ahead of more attractive-looking fixtures elsewhere.

Jim White mis-pronounced word of the weekend: Unless Jim is a devoted fan of Irish history – and being the learned man that he is, we wouldn’t be surprised if that is indeed the case – he might struggle with the pronunciation of Markievicz Park, which doesn’t exactly trip off the tongue of even the most experienced commentators in these parts.

Bet of the weekend: With the qualifiers kicking-off this weekend, it’s hard to resist the lure of a multi-team accumulator so we’ve gone with Limerick, Laois, Derry, Kerry, Cork, Donegal and Wicklow to win this weekend, which comes in at a price just under 3/1.

Did you know? If you were a Sligo fan, you’d be forgiven for getting the hump with the way the bookies are predicting things will pan out in their Connacht semi-final with Galway on Sunday. The Tribesmen are 4/9 favourites to get the job done but Sligo have won the last two Championship meetings between the sides and three of the last five Championship encounters, including the Connacht Final win in 2007. 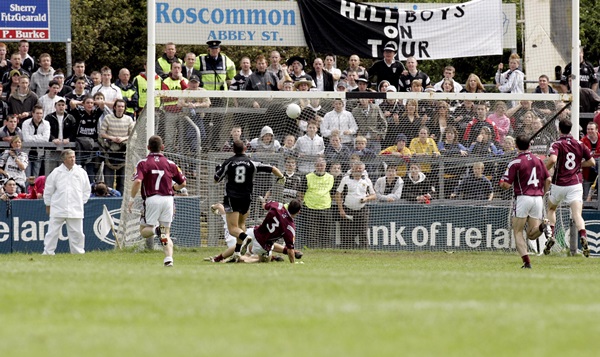 Sligo will be hoping for a repeat of the 2007 Connacht Final this weekend, one of their best ever days against Galway

Sligo didn’t exactly pull up many trees during the league and will still be haunted by their defeat to London last year, but Galway weren’t exactly hot during the spring either and their Championship record, particularly away from Pearse Stadium, has been pretty abysmal in recent years, with their path to the final round of the qualifiers last year being the obvious exception.

Add to that a little bit of turmoil created by the recent departure of a number of Galway players from the panel and the fact that Sligo are playing at home and the ingredients are there for Pat Flanagan’s men to make it three Championship wins on the trot over Galway and claim a place in the Connacht Final against Mayo next month.

popular
Eurovision producers reveal "irregular voting patterns" during Saturday night's final
One of Liam Neeson's best ever performances is among the movies on TV tonight
QUIZ: Try out one of our trickiest General Knowledge Quizzes yet
One of the longest lunar eclipses of the decade will be visible in Ireland tonight
Where will 2023's Eurovision be held if Ukraine can't host?
QUIZ: True glory awaits if you can 100% this General Knowledge Quiz
REVIEW: Van Gogh Dublin is a truly unique cultural experience
You may also like
4 days ago
Limerick hurler arrested following alleged altercation with Tipperary player in Limerick pub
3 weeks ago
Woman in her 20s dies after accident during Camogie match
7 months ago
Wicklow GAA to investigate fight after Under 15 match on Saturday
1 year ago
Post-match celebrations and a lack of social distancing at certain events put club game on hold
1 year ago
Cork GAA pleads with clubs and supporters “not to engage in celebrations that breach current guidelines”
1 year ago
What's the Bronco test and why it may come up in conversation this week
Next Page