Given the fact that most hurling fans will sell their soul and their granny for a ticket to the All-Ireland final, it's very rare that your luck is in.

What's even rarer is when your bid to get a ticket hits the jackpot two years in a row. To make things even stranger for this Galway fan, he's back at the exact location in Croke Park where he saw the Tribesmen win last year's final against Waterford.

END_OF_DOCUMENT_TOKEN_TO_BE_REPLACED

JOE reader Ronan Kilroy sent us in this story about his mate Ronan Larkin and it's very interesting.

In his own words: "This doesn't happen every day. A mate of mine, Ronan Larkin got given a ticket last night for the All-Ireland hurling final. It is exactly the same seat that he sat in for last year's final and has the ticket stumps to prove it. On an occasion where tickets are like hen's teeth because of the fact that Limerick are involved,  this is a 82,300/1 to happen. Ronan is an avid hurling fan. He hurled centre back on a Galway minor team back in the mid-noughties and his missus is from Limerick of all places.  Some banter in that house."

We're in for some game. 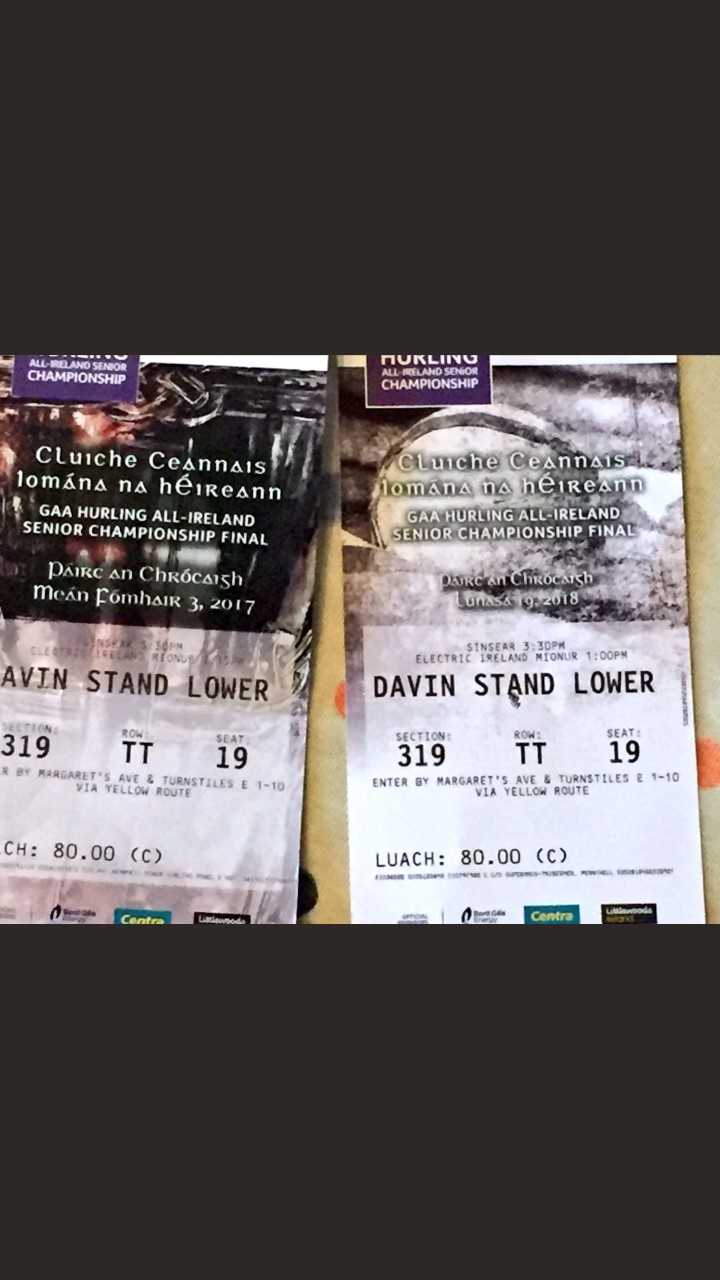 popular
Junior doctor 'fell asleep' at the wheel after 12-hour shift then mowed down two women and two kids
Simon Cowell concerns fans with appearance as they 'don't recognise him'
An Oscar Best Picture winner is one of the movies on TV tonight
Netflix has just added 30 big movies to its library
Starbucks worker breaks down in tears after they're scheduled to work 8 hours
Woman left confused after DNA test shows child isn't husband's despite her claims that she never cheated
One of the best movies of the decade has just been added to Netflix
You may also like
2 months ago
Fianna Fáil councillor issues apology over comments about Travellers
2 months ago
Hydro biking, hot tub cruises and 4 more exciting activities to try out in Ireland's Hidden Heartlands
3 months ago
Nearly €400k worth of cannabis seized in Galway
4 months ago
36 vacant properties nationwide to be re-developed into community hubs
5 months ago
Taoiseach condemns "disturbing" fight at Galway v Armagh game
5 months ago
Drogheda and Galway inner city named as worst places in Ireland for litter
Next Page