An extra level of spice to their Championship showdown this afternoon.

While people from Leitrim will proudly declare that their gutsy win against New York officially kicked-off the Championship, all eyes in Connacht will be firmly fixed on MacHale Park as Mayo and Galway lock horns.

Of course, Mayo will be out to avenge their narrow defeat to the Tribesmen in last year's provincial semi-final, while Galway will be looking to build on an impressive league campaign that saw them reach the final against Dublin.

END_OF_DOCUMENT_TOKEN_TO_BE_REPLACED

You might remember that the last meeting between these two sides was a very feisty affair as a series of brawls and cards at the end of the match left a bad taste.

On that note, it appears that the friendly rivalry between both counties is very much at the forefront of the thinking for some fans.

JOE reader Tommy Varden informs us that these posters have been erected in Manulla, Mayo and we've only got one thing to say..."Three Billboards Outside Manulla, Mayo."

If there's an Academy Award for GAA trolling, this might be a strong contender. 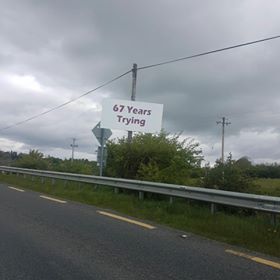 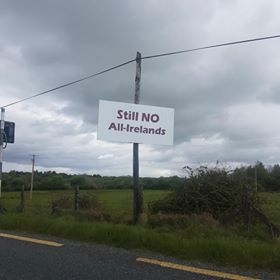 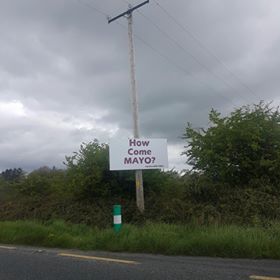 popular
5 years ago, Hollywood took a massive gamble on a huge sequel... and lost big time
QUIZ: We bet you can't get full marks in this extremely frustrating geography quiz
Nicola Bulley's phone found by the river 'could be a decoy', diving expert suggests
Woman dies from hypothermia after telling doctor she 'couldn't afford heating'
An incredibly fun action blockbuster is among the movies on TV tonight
One of the best crime thrillers ever is among the movies on TV tonight
Amazon Prime Video has just added 21 big movies to its library
You may also like
3 months ago
Brendan Óg Duffy's father speaks powerfully about his son's death
3 months ago
Gardaí investigating alleged assault on under-9 GAA player at children's sports event
5 months ago
Roscommon GAA confirms investigation into alleged assault on referee during juvenile game
6 months ago
Looking for a hotel room for the All-Ireland Final weekends? It won't come cheap...
7 months ago
Taoiseach condemns "disturbing" fight at Galway v Armagh game
8 months ago
The 2 Johnnies share unbelievable catfish ordeal affecting over 40 people
Next Page