Continuing our look back at some of the most iconic and brilliant victories for the Brazilian football team over the years, we remember a virtuoso display against Scotland in Spain at World Cup '82.

END_OF_DOCUMENT_TOKEN_TO_BE_REPLACED

Brazil came up against Scotland in the World Cup in 1982 which was held in Spain. It was a group match played in Seville at Estadio Benito Villamarin. Both teams came into the game having won their first matches, Brazil beating the Soviet Union and Scotland defeating New Zealand.

The Brazilian team was filled with big name players such as Socrates, Junior, Falcao, Zico and Eder. They played football the Brazilian way and were probably the best ever team not to win the World Cup. The match kicked off and the early stages saw Brazil dominate possession with Scotland looking comfortable. 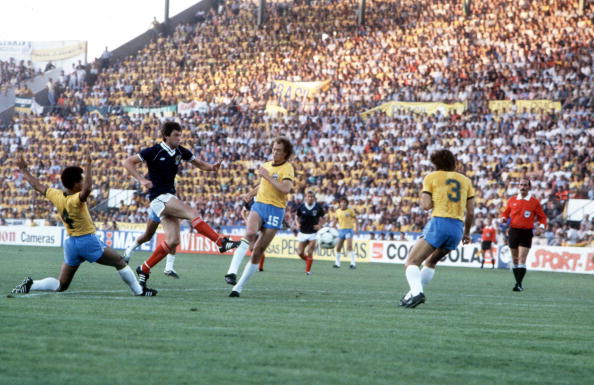 However, in the 18th minute, completely against the run of play, Dundee United's big centre-half, David Narey (pic above) found himself on the edge of the Brazilian box and he let fly with a shot which arrowed into the top corner. It was 1-0 to Scotland and the world recoiled in disbelief.

END_OF_DOCUMENT_TOKEN_TO_BE_REPLACED

The Brazilians attacked in waves and the pressure finally told in the 33rd minute when the referee awarded them a free-kick about 25 yards out from goal. Up stepped their talisman and free-kick expert, Zico, who curled an absolute gem into the top corner (pic below), leaving the Scottish keeper Alan Rough rooted to the spot. It was a goal that Zico has repeated many times throughout his career. The Brazilian tails were up and it became showtime. 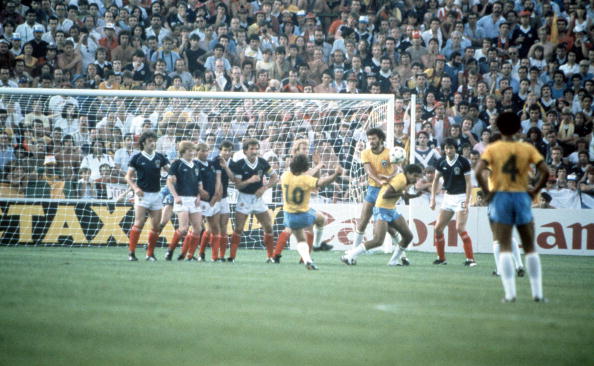 The second half begun with Brazil again on the attack, forcing the Scottish defenders into lots of last-ditch defending, but the screw was turning and a second goal seemed inevitable. In the 49th minute, their brilliant full-back Junior swung in a corner where it was met by the head of Oscar (pic below)who diverted it in for a 2-1 lead. 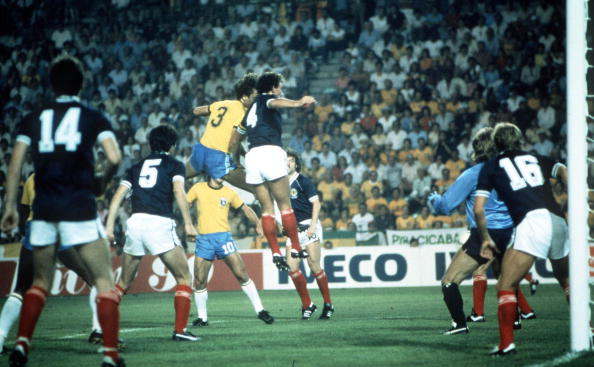 END_OF_DOCUMENT_TOKEN_TO_BE_REPLACED

The Brazilians continued to dazzle and you had to sympathise with the Scots as they were put to the sword. After 64 minutes, their brilliant winger Eder (pic below) received the ball on the corner of the box, everyone expected him to cross the ball, but he dinked it and it sailed, almost slow-motion like over the head of Rough and in to the far corner to make it 3-1. It was a goal of exquisite quality and put the match result beyond doubt. 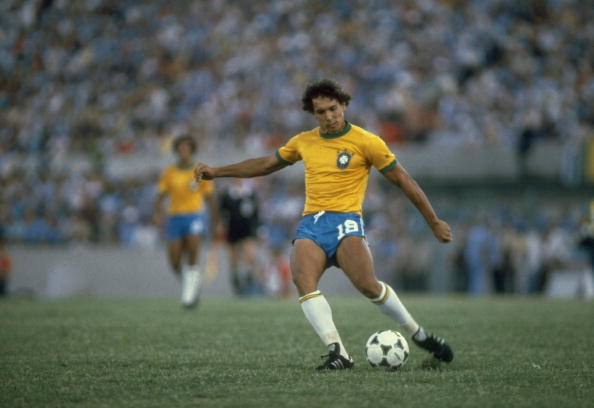 There was still time for one more goal and it duly arrived in the 86th minute when Falcao received a ball on the edge of the box from his midfield partner Socrates and promptly drilled a daisy-cutter off the inside of the post to make it 4-1. It was Brazil at their brilliant and flamboyant best and the performance encapsulated everything that is wonderful about Brazilian football.

popular
QUIZ: Can you get top marks in this short but tricky Irish geography quiz?
4-year-old girl killed in Sligo caravan park named as Alice Dunleavy
Two long-thought-dead Marvel projects appear to be in the works
Family of Ashling Murphy share heartbreaking tribute at Fleadh Cheoil
QUIZ: Can you name all the counties in Ireland with an ‘N’ in their name?
QUIZ: Can you score 12/15 in this difficult General Knowledge Quiz?
The JOE Friday Pub Quiz: Week 306
You may also like
3 days ago
The JOE Friday Pub Quiz: Week 306
5 days ago
Rebekah Vardy breaks down in tears in first TV interview since Wagatha Christie defeat
1 month ago
Gary Lineker says he suffered racist abuse during football days due to "darkish skin"
2 months ago
Merseyside police defend ‘exemplary’ Liverpool fans tear gassed by French police
2 months ago
BBC trainee accidentally posts message mocking Man United live on TV
2 months ago
Kurt Zouma charged with three animal welfare offences
Next Page