Happy Birthday Dana; Eight things you might not have known about the UFC supremo

JOE’s good friend and favourite UFC President (he is the only one) Dana White turned 45 today so we thought we'd dig into his fact file for you...

White is very popular with Irish fans, particularly after his praise of the Irish at UFC Dublin, but when he is not buying pints for everyone in Murray’s Bar and Grill in Dublin, or calling out boxer Tyson Fury to join the UFC, what exactly does Dana White do?

So here in JOE Towers, have decided to bring you eight things you may not know about the man, the entrepreneur, the sex icon, and one of the coolest heads of any sporting body in the world. Who is the man behind the bald? 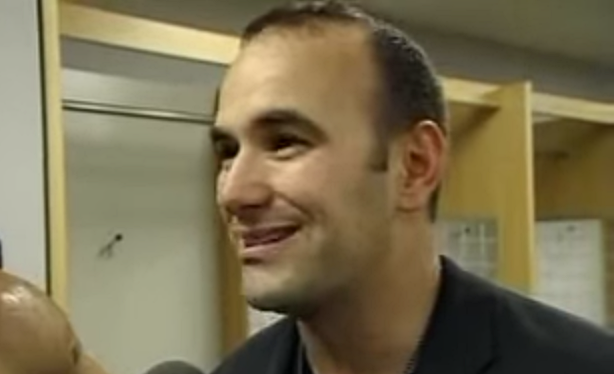 2) He likes to drive sports cars around Las Vegas with Conor McGregor.

3) The man is an absolute beast!

Ok well, for a man of his age he takes very good care of himself. We can't imagine the head of any other sporting organisations in the world doing this... except for John Delaney of course.

4) He really does not like UFC referee Steve Mazzagatti.

Back in 2010, White heard, through a family friend, of a sick girl who needed to raise money for treating her brain tumour. White proceeded to give £5,000 to her cause and he also backed the campaign to raise another £200,000 so the two-year-old from the could receive treatment in America.

Ortiz had a clause in his contract that guaranteed a boxing bout with Dana White. When Tito activated the clause, White agreed to the bout and trained intensely for six months. Ortiz did not show up to the weigh-ins and the bout was abandoned. To this day, White claims that Ortiz pulled out because he knew the beating he would have gotten at the hands of White.

popular
QUIZ: Test your knowledge with this Ultimate Friends Character Quiz
House Of The Dragon is already better than Game Of Thrones
Amazon Prime Video has just added 20 very big movies to its library
Fine Gael Councillor slams attendees of cost of living crisis protests
The JOE Friday Pub Quiz: Week 313
The 50 most iconic songs of all time* have been revealed
People think they've figured out the ranking of the viewers on your Instagram Stories
You may also like
1 month ago
Conor McGregor to make film acting debut in Road House remake
2 years ago
Conor McGregor responds to Paschal Donohoe’s calls to encourage social distancing amongst Irish public
3 years ago
"I was in the wrong" - Conor McGregor apologises over incident in Dublin pub
3 years ago
Charges dropped in Conor McGregor phone-smashing case
3 years ago
WATCH: New footage released of Conor McGregor allegedly smashing fan's phone in Miami
3 years ago
Leo Varadkar and Conor McGregor lead the way in Chicago St. Patrick's Day parade
Next Page