There's a hint of "the money was resting in my account" about this...

So Luis Suarez will not play football for four months after being found guilty of biting Giorgio Chiellini this week. The Uruguay striker did have an opportunity to plead his case to FIFA before the punishment was handed out though.

The Liverpool player wrote a letter to football's governing body telling his side of the story and it's a little bit farcical to say they least, here's what Suarez wrote: "In no way it happened how you have described, as a bite or intent to bite,

END_OF_DOCUMENT_TOKEN_TO_BE_REPLACED

"After the impact ... I lost my balance, making my body unstable and falling on top of my opponent,

"At that moment I hit my face against the player leaving a small bruise on my cheek and a strong pain in my teeth."

However, unsurprisingly, the seven-man disciplinary panel which met on Wednesday evening dismissed the argument as they decided that bite was "deliberate, intentional and without provocation." 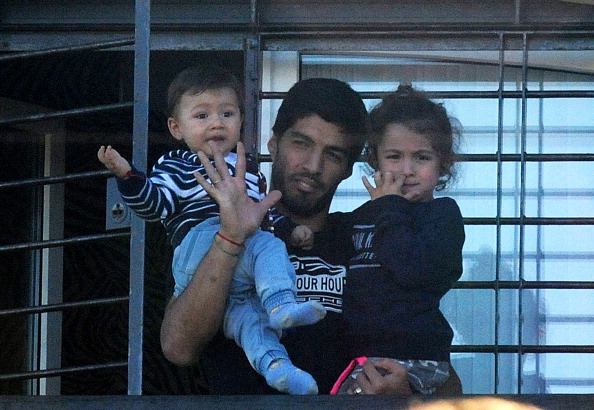 Luis Suarez tweeted for the first time since the incident today saying: "Hi all, I write this post to give thanks to the outpouring of support and love I am receiving. Both myself and my family really appreciate it. Thank you very much for being by my side and I want all my colleagues today we support selection for the match against Colombia."

popular
Female personal trainer shares the creepy messages she receives from men on social media
The cast and director of Fast & Furious 9 discuss setting a sequel in Ireland
You can now get a life-size inflatable pub for your back garden
What Netflix’s Seaspiracy gets wrong about fishing, according to a marine biologist
Dublin cyclist says he "could've died" after being pushed into ditch
The 50 most iconic songs of all time* have been revealed
New walk-in Covid-19 test centres open across Ireland
You may also like
2 weeks ago
Martin Compston reveals moment he delayed Line of Duty filming to watch Scotland penalty shoot-out
1 month ago
EA Sports bans Irish FIFA player who racially abused Ian Wright for life
1 month ago
TOWIE star Mark Wright is officially the worst player on FIFA 21
2 months ago
Jamie Carragher reacts to hilarious TikTok remix combining on-air yelp with John Legend song
2 months ago
Roy Keane reacts to the dancing Keano FIFA TikTok meme
2 months ago
Watch the official trailer for Netflix's hotly anticipated Pelé documentary
Next Page