Adam Goodes and Buddy Franklin should be two of the players on the all-indigenous Australian International Rules team coming to Ireland later this year and Danny Dyer is making plans for an away trip to Castlebar... sort of.

It’s hardly the biggest Irish-related news to emerge from Australia this morning – there was, apparently, some story about a guy called O’Driscoll that caused a bit of fuss – but there was still a significant development in relation to the International Rules series between Ireland and Australia this October.

END_OF_DOCUMENT_TOKEN_TO_BE_REPLACED

It was announced today that the Aussie squad that will tour Ireland in October will be comprised entirely of indigenous players, some of whom – Adam Goodes and Lance ‘Buddy’ Franklin, for example – have been the most high-profile in the AFL for a number of years.

"To the best of our knowledge, the all-stars representing the AFL in this IRS series will be the first all-Indigenous team to represent a sporting code at senior level overseas since that first cricket team toured England in 1868," deputy chief of the AFL Gill McLachlan said earlier today.

It is certainly a significant development as far as the indigenous community in Australia and in the AFL is concerned but whether it will help drum up some enthusiasm for a sport which has struggled to make an impact in both Ireland and Australia in recent years remains to be seen.

At least the Aussie lads won’t have a hard act to follow; they were hammered by double scores on aggregate on their own turf by our lads last time out.

END_OF_DOCUMENT_TOKEN_TO_BE_REPLACED

While efforts are being made to persuade Boris Johnson, the Queen and other high-profile celebrities and dignitaries from London to support Paul Coggins and the London footballers in the Connacht Final in McHale Park next month, if there was one high-profile London-ite the London followers wouldn’t want lending their support to the cause, we dare say that Danny Dyer would be close to the top of the list.

The London born actor has somehow made a career out of shouting into the camera in extremely crass films and avoid at all costs piece-to-camera-style documentaries and now he’s made his way onto one of the many memes you’re likely to see between now and the Connacht decider in Castlebar later this month. 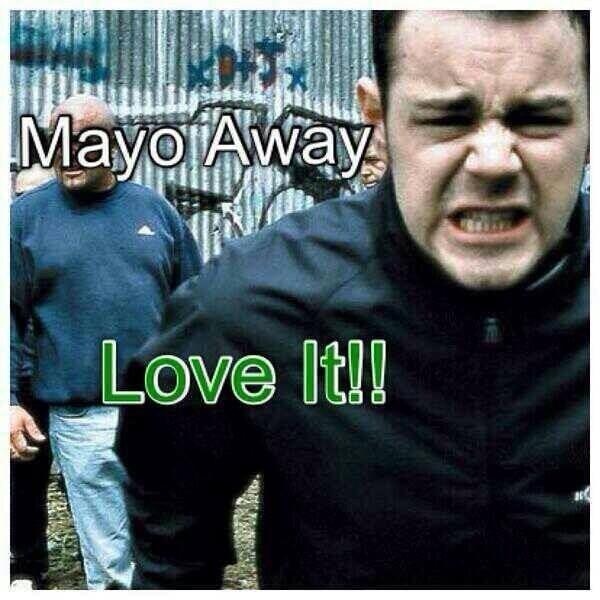 popular
The JOE Friday Pub Quiz: Week 308
Pilots fly over destination airport at 37,000 feet because they were both sleeping
Netflix has just added 23 very big movies to its library
Multiple fatalities after planes collide mid-air over California airport
Passenger plane dropped 1,200 feet in a minute without pilots noticing
Here's how to make €9-11 on Revolut in just a few minutes
People want "offensive" Crown Paints advert banned after attracting hundreds of complaints
You may also like
1 month ago
Looking for a hotel room for the All-Ireland Final weekends? It won't come cheap...
1 month ago
Taoiseach condemns "disturbing" fight at Galway v Armagh game
2 months ago
The 2 Johnnies share unbelievable catfish ordeal affecting over 40 people
3 months ago
Limerick hurler arrested following alleged altercation with Tipperary player in Limerick pub
3 months ago
Woman in her 20s dies after accident during Camogie match
10 months ago
Wicklow GAA to investigate fight after Under 15 match on Saturday
Next Page