This bet won an Irish punter almost €150,000, but he didn’t realise until he got a text from the bookies

Most punters that take speculative punts on football matches have an ability to forget about them as soon as they realise they’re not going to be successful; those bets have long odds for a reason after all.

One punter in Wicklow did just that after having a wager on Paddy Power’s Hotshot Jackpot Prize at the weekend and was subsequently taken aback when he received a text to say that he was in line for a six-figure windfall.

END_OF_DOCUMENT_TOKEN_TO_BE_REPLACED

The problem was, the punter, who made the bet online, assumed he had selected Zlatan Ibrahimovic and gave up the ghost after the Swede missed a penalty in Manchester United’s 1-1 draw with Bournemouth in the early kick-off on Saturday.

The following text, then, must have come as an unbelievably pleasant surprise.

END_OF_DOCUMENT_TOKEN_TO_BE_REPLACED

“For some reason I had it in my head that I had chosen Zlatan and after he missed the penalty I thought I was out,” the punter said.

“I was looking on as all my other selections kept knocking them in and I kept cursing my luck for picking Ibrahimovic.”

Even though he’s a Chelsea fan, the punter didn’t tune in to see the last of the scorers, Diego Costa, hit the net against West Ham on Monday night and when he heard that he had, he was cursing his luck. 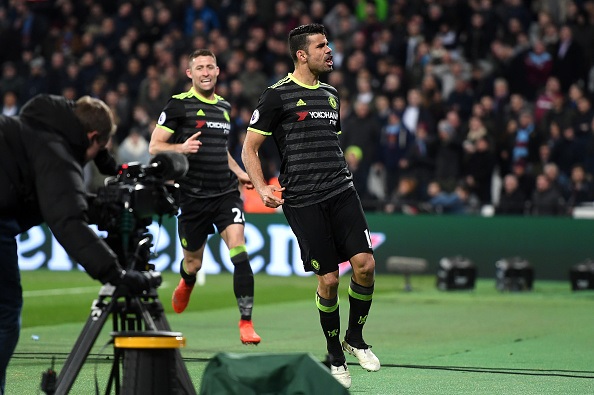 END_OF_DOCUMENT_TOKEN_TO_BE_REPLACED

“I’m a Chelsea fan but I was playing football myself last night so I didn’t watch the game but when I saw that Costa had scored I thought it was typical,” the punter added.

“I had no idea I had hit the jackpot, I honestly can’t believe it!”

Féilim Mac An Iomaire, a spokesperson for Paddy Power, said: “I’m just glad he was sitting down as It’s not every day that you get to play Santa Claus and surprise the life out of someone. Hats off to him and I hope he enjoys the celebrations that we’re about to pay for.”

Some folks have all the luck.

popular
QUIZ: You'll need to be razor-sharp to get 100% in this General Knowledge Quiz
The JOE Music Quiz: Week 117
The JOE Friday Pub Quiz: Week 307
An exciting Irish crime thriller is among the movies on TV tonight
A great underseen action thriller is among the movies on TV tonight
James May reportedly hospitalised after crashing into wall at 75mph filming new show
Record for hottest August day in Ireland ever has now been broken
You may also like
1 week ago
The JOE Friday Pub Quiz: Week 306
1 week ago
Rebekah Vardy breaks down in tears in first TV interview since Wagatha Christie defeat
1 month ago
Gary Lineker says he suffered racist abuse during football days due to "darkish skin"
2 months ago
Merseyside police defend ‘exemplary’ Liverpool fans tear gassed by French police
2 months ago
BBC trainee accidentally posts message mocking Man United live on TV
2 months ago
Kurt Zouma charged with three animal welfare offences
Next Page