Chris Kamara is improving his knowledge of the association at least. It's gone from GWA to G double A, what more could we really ask for?

END_OF_DOCUMENT_TOKEN_TO_BE_REPLACED

However, it's safe to say that his grasp of the Irish language isn't getting much better and, after struggling badly with the pronunciation of Ireland's most-loved commentator during the first episode of Jeff and Kammy's Road to Croker, the Sky Sports man came face to face with the Kerry great during the second installment of AIB GAA's show.

To get there though, Kamara and Stelling had to take the scenic route out toward the Dingle peninsula and they had to endure the brace-yourself climb over Conor Pass where they were both questioning if this could really be a two-way road. 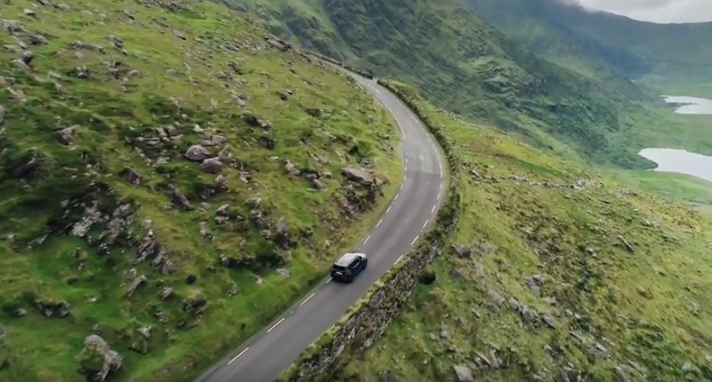 They arrive in Dingle safe anyway and ready to take tips from the very best on how to commentate as they try for themselves during an underage game. The meeting with Mícheál the great was tough on Kammy though.

- "My name is Mícheál, which is Michael, Ó Muircheartaigh."

END_OF_DOCUMENT_TOKEN_TO_BE_REPLACED

Viewers get their first taste of how the English pair are going to live up to the challenge of calling the All-Ireland football final in September as they learn from the master before giving it a go.

And even a few moments in the press box with Ó Muircheartaigh delivered pure gold as the legend of Irish broadcasting just let flow what he does best.

"It comes out to Sean Óg Ó Móráin. I know his great grandfather, he was the first man to have a taxi here in Dingle years ago."

Jeff and Kammy can say they had ring side seats to a masterpiece.

See how they got on below in Dingle. Next stop: The Aran Islands.

popular
Netflix has just added one of the funniest shows of the last 10 years
Netflix has just added 12 very big movies to their library
Spielberg's best movie is among the movies on TV tonight
The JOE Friday Pub Quiz: Week 332
Police believe they know what happened to Nicola Bulley
QUIZ: Can you get 15/15 in this Irish general knowledge quiz?
The 50 most iconic songs of all time* have been revealed
You may also like
5 years ago
A fiery Dick Clerkin team talk left Jeff Stelling more pumped than the players
5 years ago
Chris Kamara attempts a 45, ends up pulling hamstring and clocking a tractor
5 years ago
Join The GAA Hour in Westport for a Mayo-Kerry preview in the company of legends
5 years ago
Chris Kamara tries to pronounce Mícheál Ó Muircheartaigh... you know the rest
5 years ago
Promo for Jeff Stelling and Chris Kamara's Journey to Croker looks unreal
5 years ago
#The Toughest: We identify the greatest strength of this record-breaking Dublin team?
Next Page