The Notorious will definitely reply to this.

UFC featherweight champion Jose Aldo has been very quiet since deciding that he was no longer going to fight Conor McGregor at UFC 189.

Chad Mendes will take his  place in the octagon after Aldo pulled out of his fifth title fight due to a rib injury.

END_OF_DOCUMENT_TOKEN_TO_BE_REPLACED

The UFC have decided to create an interim title for the winner of McGregor and Mendes but Aldo has made some disparaging remarks about the prize on offer next weekend.

He also took a pot-shot at Ireland by saying that if McGregor manages to beat Mendes then "he will have a toy belt to show his drunk friends in his country’s bars".

For three months, I trained three times a day. I invested my time and money, bringing training partners from Brazil and other countries, to do the best training camp of my life so I would be ready to defend by belt for the eighth time on July 11. Unfortunately, I fractured my rib during a training session, which I can prove from an official medical report, and besides trying my best to fight, I was forced the other way and that made me really sad. Only I, my family, coaches and teammates know how hard I worked to represent Brazil again.

My decision was made in respect to the UFC and the fans that today see me as the best pound-for-pound fighter in the world. I couldn’t fight without being 100 percent physically and with a rib injury that could get worse if I got hit in the ribs. Many people told me to fight anyway because of the money I could make, but I wouldn’t sell myself for any money, no matter how much. I fight for love and I do it for my country. Money comes in second place, it’s like a shadow: when you try catching it, you can’t, but when you move forward, it follows you. Money ends some day, but legacy and things you do becomes part of the history, and that’s what I value the most. 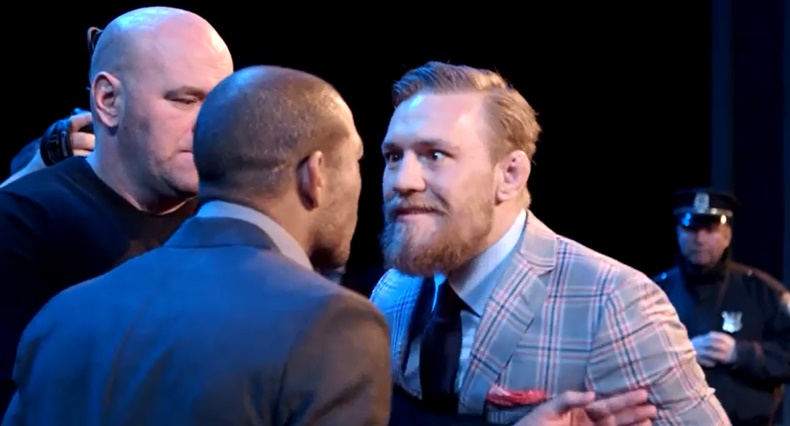 END_OF_DOCUMENT_TOKEN_TO_BE_REPLACED

I’m the UFC champion since April 2011, defended my belt seven times in four years, and will do it for the eighth time in 2015, an average of twice a year. And I’m not even mentioning WEC, a Zuffa-owned company, like the UFC, where I became the champion in 2009 and put my belt on the line twice in less than a year. That why I can’t agree with UFC’s decision to have an interim champion in my division citing the five opportunities that I couldn’t defend my belt.

If those fights had occurred, I would have done 12 title fights in four years in the UFC, an average of three fights a year, something that no other UFC champion did. A UFC champion rarely does three title defenses in one year. So that can’t be the main reason why they are creating an interim title, but the UFC is a private company which I work for, so I can’t complain about its decision, but I can’t say I agree either. 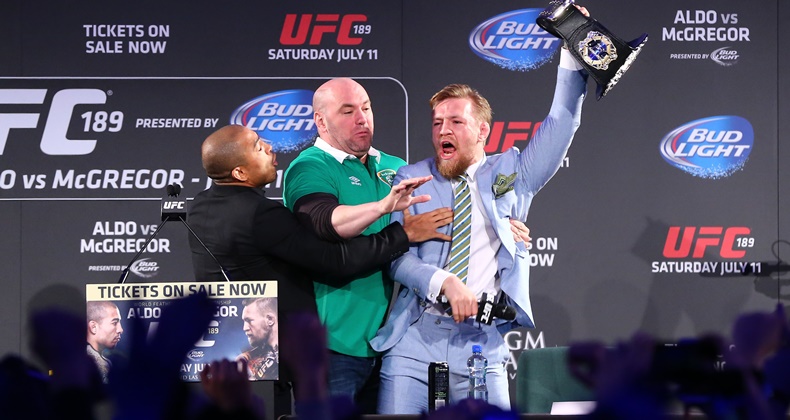 As of my opponent, who told me to step up and fight like a man, I can’t say anything about a man that imitates a TV series character (Travis Fimmel, from Vikings). That’s really who he wanted to be, because he’s probably ashamed of being who he really is, so he imitates his lines, his style and this actor’s tattoos. He’s an artist, but not from martial arts, but cheap comedy. It’s disrespectful with the actor, and with real athletes. He should look for a stage and not an Octagon. The Octagon is my kingdom and there’s place for only one king, which is me. If he wants to participate, he can be the joker he already is.

If he beats Chad Mendes, the only thing he will have is a toy belt to show his drunk friends in his country’s bars, because that’s what an interim belt represents to me: a toy. I am the champion.

House of Rugby Ireland · Quinn Roux on finding a home in Ireland and Mike McCarthy brings the absolute HEAT!
popular
Taoiseach Micheál Martin says people need to stop going on holidays
RTÉ Prime Time footage shows tanned Irish holidaymakers returning from Lanzarote
QUIZ: Can you name all of these countries just from one of their cities?
Holly Willoughby criticises influencer for travelling to Dubai during pandemic
Leo Varadkar rules out going straight to Level 3 restrictions in March
Pharmacists urge people of Ireland to take Vitamin D supplement
QUIZ: Do you know the collective name for these groups of animals?
You may also like
10 months ago
Conor McGregor responds to Paschal Donohoe’s calls to encourage social distancing amongst Irish public
1 year ago
"I was in the wrong" - Conor McGregor apologises over incident in Dublin pub
1 year ago
Charges dropped in Conor McGregor phone-smashing case
1 year ago
WATCH: New footage released of Conor McGregor allegedly smashing fan's phone in Miami
1 year ago
Leo Varadkar and Conor McGregor lead the way in Chicago St. Patrick's Day parade
2 months ago
Former England star Ugo Monye opens up on harrowing experience with racism
Next Page