These 'It's Coming Home' predictions are looking very foolish now

It's not coming home.

1) England have the makings of a very decent side because the majority of their squad is young and this experience should be invaluable.

END_OF_DOCUMENT_TOKEN_TO_BE_REPLACED

2) Croatia have super-human levels of fitness because after looking absolutely lost at sea in the first-half, they grew into the game and somehow found the legs to claw back a one-nil deficit. Then again, the Croats have mastered the art of getting themselves back into a game after going a goal behind. Aside from this, after enduring their third extra-time period in a row, they still found a way to get over the line. Incredible resolve.

Regarding the last point, there's a school of thought that believes the whole 'It's Coming Home' brigade was just a bit of fun and an indication that the English public has once again found some sort of connection with the national team. To be honest, that's very fair point as some people have argued that football has helped unite a country that has been massively divided in recent memory.

Basically, it's just a lightning rod for the English public to feel good about themselves and their team. We get that.

On the other hand, you get rampantly arrogant headlines like this which show a disrespect to the other competing teams in the World Cup. 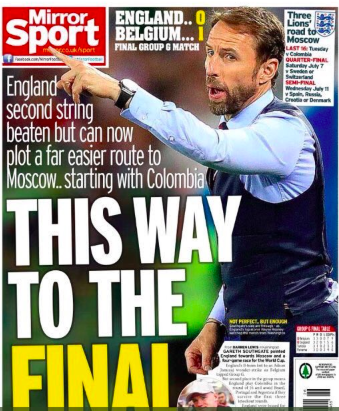 FIFA may have changed the trophy but there's no denying that plenty of English supporters felt that Jules Rimet would have been gleaming in the FA's trophy cabinet for the next four years.

END_OF_DOCUMENT_TOKEN_TO_BE_REPLACED

Of course, a certain degree of arrogance and cockiness is expected when it comes to supporting a sports team - we're as guilty as anyone else of gloating in Ireland - but given the constant barrage of 'It's Coming Home' videos, memes, messages and tweets that we've all endured, we think this is the necessary catharsis. 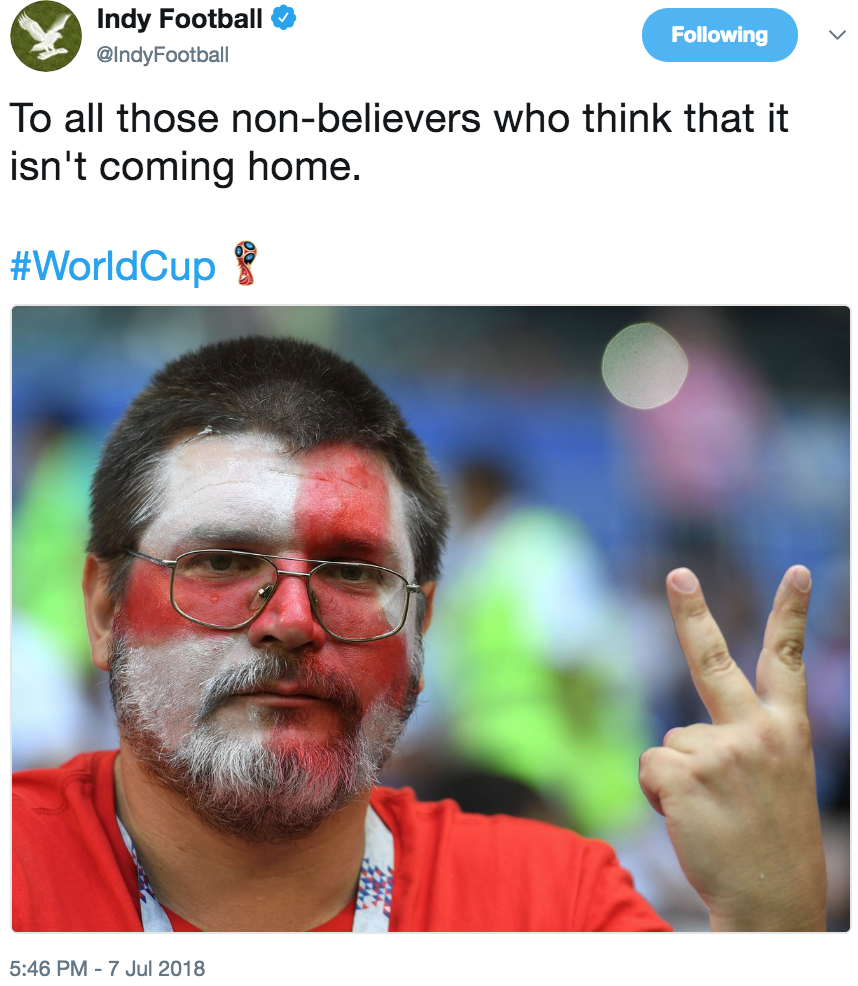 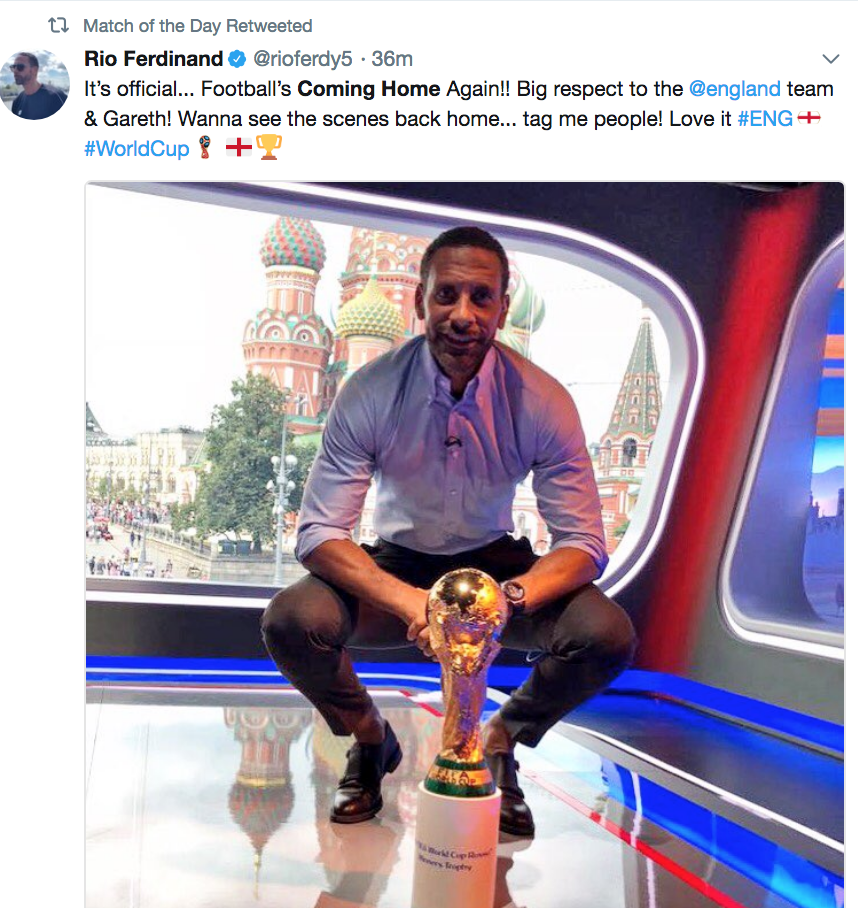 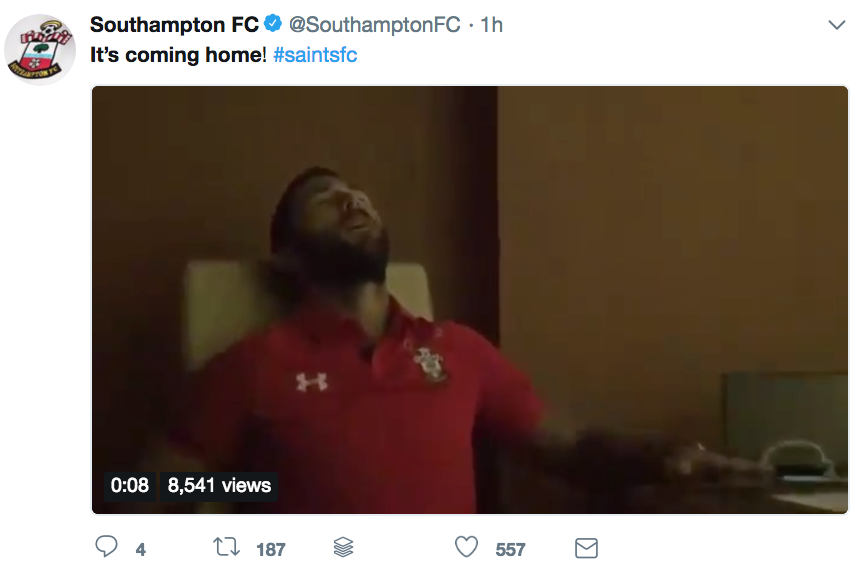 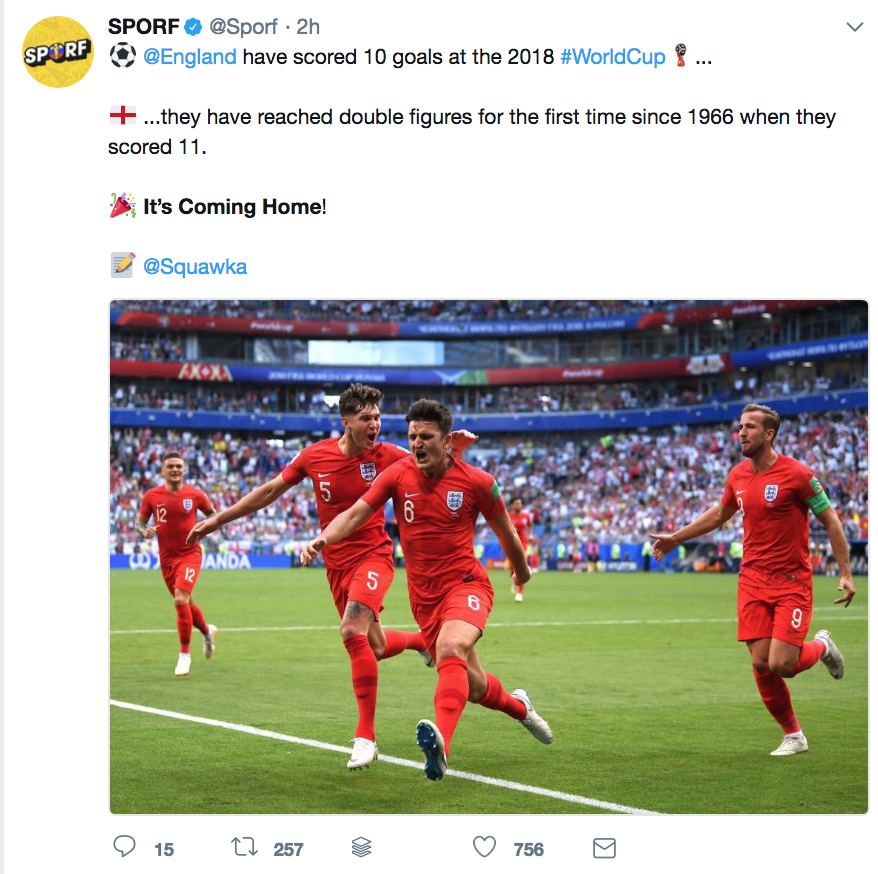 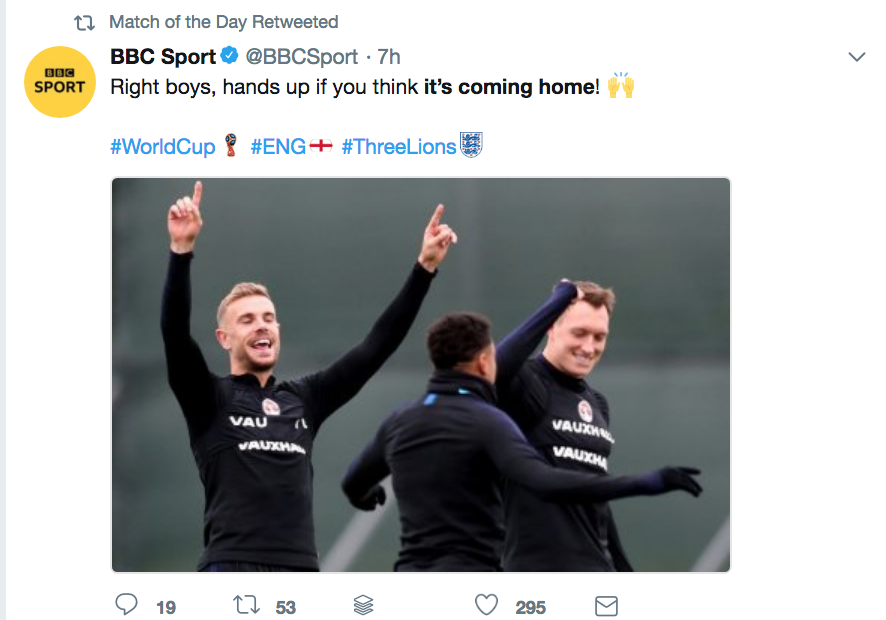 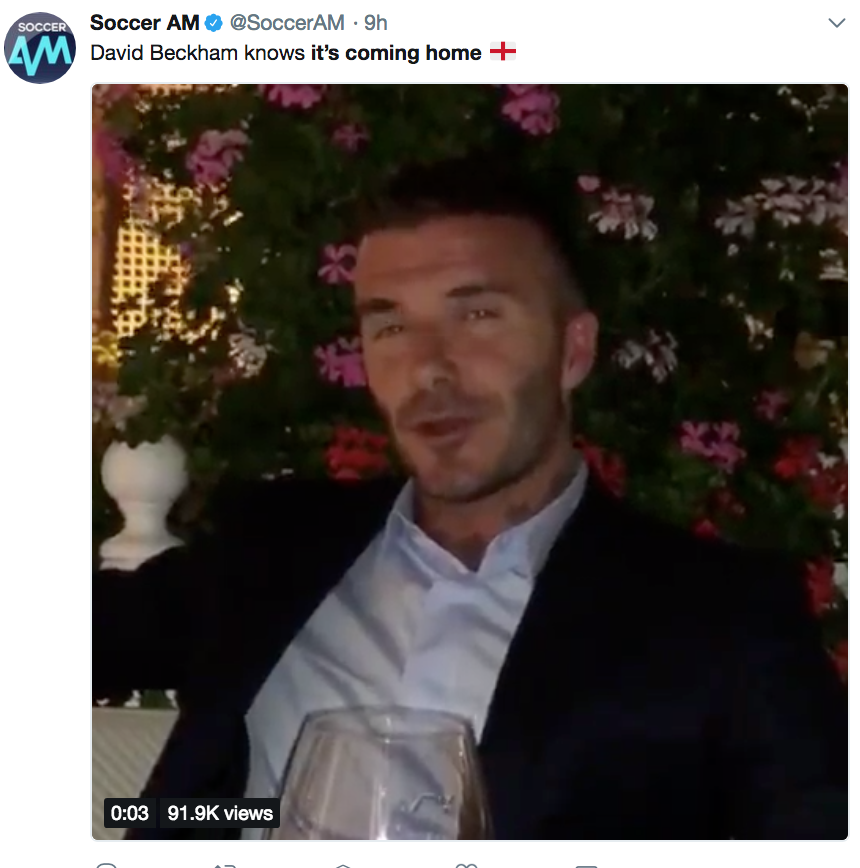 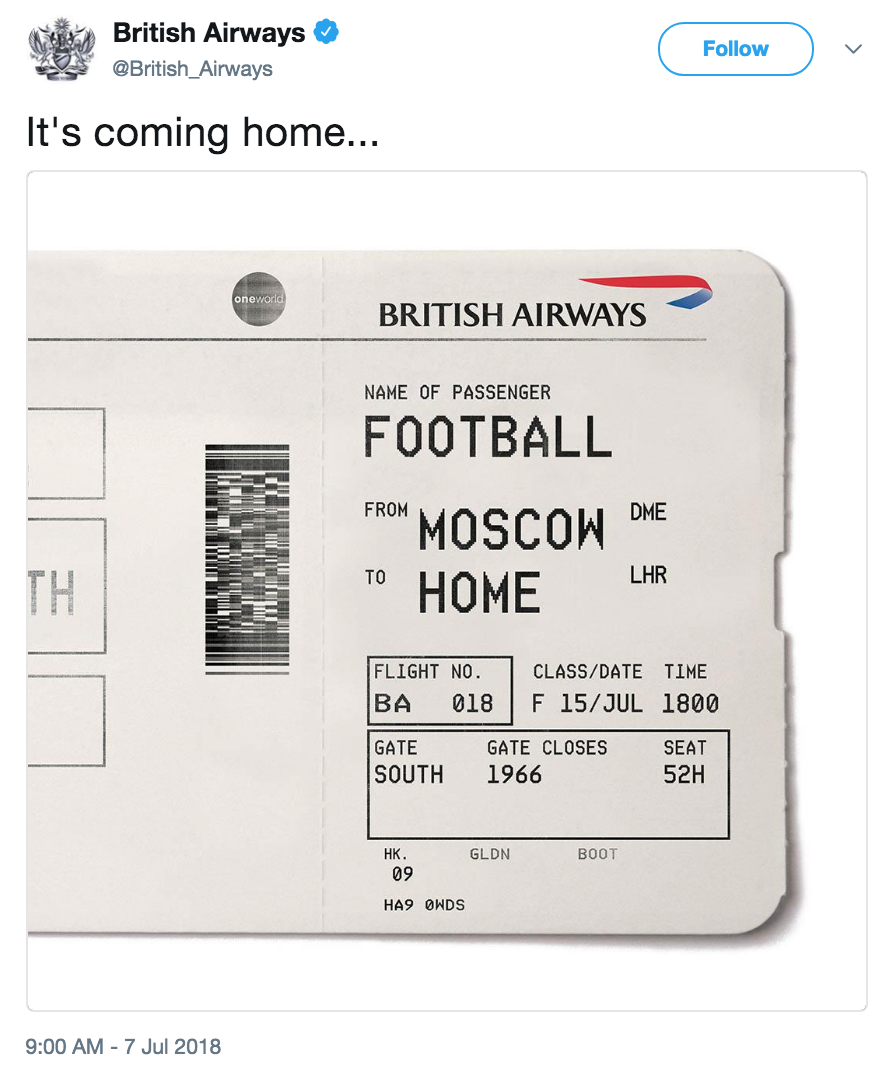 House of Rugby Ireland · Murray & Sexton debate, France's Covid hell and James Tracy interview
popular
Dublin beauty salon owner arrested after reopening for second consecutive day
Johnson & Johnson one-shot vaccine safe and effective, FDA finds
Government looks set to abandon €9 substantial meal rule this year
10 years on, the ultimate example of Great Trailer Terrible Movie has yet to be topped
The full list of all the new shows and movies coming to Netflix in March
Galway Lotto players urged to check their tickets for unclaimed December prize
The expiry dates of driving licences has been extended again
You may also like
2 weeks ago
Jamie Carragher reacts to hilarious TikTok remix combining on-air yelp with John Legend song
2 weeks ago
Roy Keane reacts to the dancing Keano FIFA TikTok meme
2 weeks ago
Watch the official trailer for Netflix's hotly anticipated Pelé documentary
1 month ago
A documentary about Pelé is coming to Netflix next month
1 month ago
Mum's anger at state of £30 free school meals package in the UK
1 month ago
UK records highest daily total of new Covid-19 cases
Next Page