Taylor is now undefeated in 11 professional fights, and Saturday night's bout barely even seemed to put her under pressure.

The fight went the distance of 10 rounds, but once it came to the judges' scoring, there was a lot between the two fighters. Katie won a decision of 100-90 overall, and unanimously won every single round. 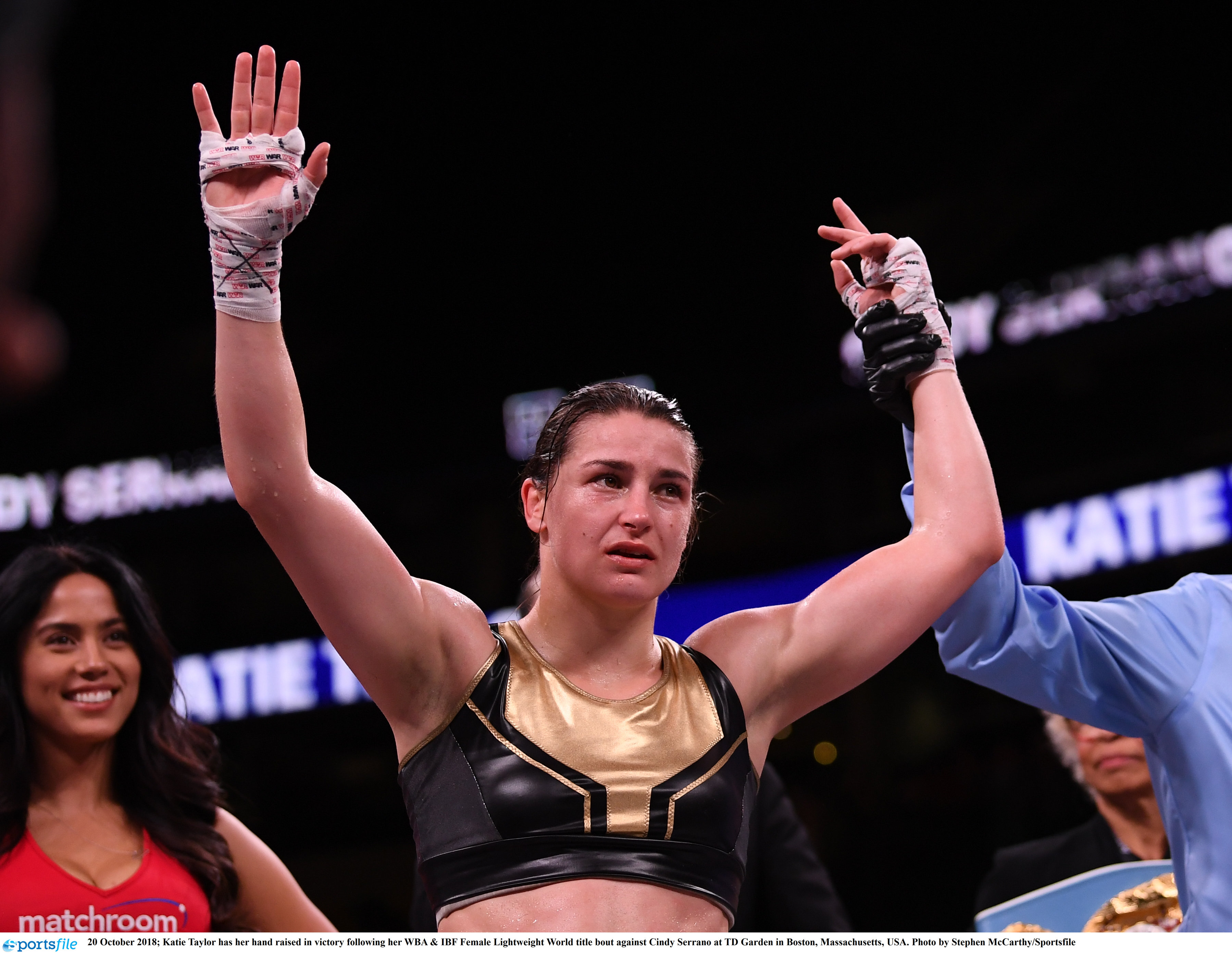 END_OF_DOCUMENT_TOKEN_TO_BE_REPLACED

Footage has also emerged of MMA fighter and boxer Conor McGregor stopping by Taylor's dressing room before the fight to offer some words of encouragement.

A short clip posted on Twitter shows McGregor hugging Taylor and saying "This will be my first time to watch you live, I'm very excited. We're all with you. We're all proud of you".

popular
Anne Heche dies one week after car crash, aged 53
The JOE Friday Pub Quiz: Week 307
An exciting Irish crime thriller is among the movies on TV tonight
Record for hottest August day in Ireland ever has now been broken
Shooting stars set to light up Ireland's skies this weekend
A great underseen action thriller is among the movies on TV tonight
Netflix has just added an incredibly tense 97-minute thriller
You may also like
1 week ago
Conor McGregor to make film acting debut in Road House remake
2 years ago
Conor McGregor responds to Paschal Donohoe’s calls to encourage social distancing amongst Irish public
2 years ago
"I was in the wrong" - Conor McGregor apologises over incident in Dublin pub
3 years ago
Charges dropped in Conor McGregor phone-smashing case
3 years ago
WATCH: New footage released of Conor McGregor allegedly smashing fan's phone in Miami
3 years ago
Leo Varadkar and Conor McGregor lead the way in Chicago St. Patrick's Day parade
Next Page