Listen: JOE talk to Ciaran Whelan about Dublin v Meath, Mickey Harte decision to stay and how Munster Football is on the up

The former Dublin midfielder sat down with us to discuss all things gaelic football...

JOE’s Joe Harrington had a chance to sit down with former Dublin footballer Ciaran Whelan this week and they covered a whole host of talking points in gaelic football at the moment.

END_OF_DOCUMENT_TOKEN_TO_BE_REPLACED

Ciaran spoke to Joe about Dublin-Meath ahead of Sunday's Leinster Final between the two counties, how teams are swapping information in a bid to shut down Stephen Cluxton's kick-outs and how he reckons the latest edition of the rivalry will go this weekend.

Ciaran also offered his thoughts on Tyrone's Championship exit and Mickey Harte's decision to stay on for another year, he tells us why Tipperary have been one of his 'teams of the championship', his big disappointment in Cork's recent performances and what Eamonn Fitzmaurice and Kerry will take out of that big win over the Rebels in the Munster Final. 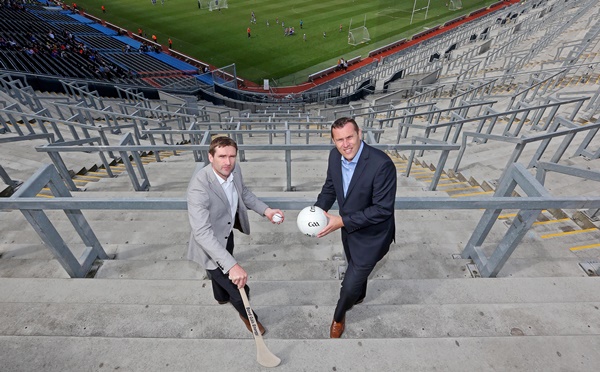 popular
The Last Of Us Episode Five will premiere days earlier in Ireland and UK
5 years ago, Hollywood took a massive gamble on a huge sequel... and lost big time
Shock as blues singer beats Adele, Beyonce and Taylor Swift to win Song of the Year Grammy
One of the most underrated crime thrillers of recent years is among the movies on TV tonight
Ben Affleck's bored expression at the Grammys becomes a meme
The first reviews for Hogwarts Legacy are absolutely stellar
Amazon Prime Video has just added 21 big movies to its library
You may also like
1 week ago
Leo Varadkar says alleged assault on migrant camp in Dublin has the 'look of' a racist attack
1 week ago
This is what the cheapest house for sale in Dublin looks like
1 week ago
NTA publish €25bn plan for new Luas lines and Metrolink in Dublin
1 week ago
Three injured after fight breaks out at refugee centre in Dublin
2 weeks ago
Investigation launched after burglary at Hugo Boss store on Grafton Street
3 weeks ago
'Life changing' €1 millon lotto ticket sold in Dublin
Next Page