Before Neymar signed for Barcelona, Manchester City tried hard to get him.

Manchester City were drawn against Barcelona in the 2nd round of the Champions League.

With news of the draw, a story has come to light about what happened in the negotiations between Manchester City and Neymar when he was still with Santos.

END_OF_DOCUMENT_TOKEN_TO_BE_REPLACED

Neymar was being chased by all the top clubs in Europe and Manchester City tried hard to get their man, but it became evident in negotiations with the Neymar camp that he probably wasn't the right choice.

He insisted that he had 'special boots' made for him to deal with the English pitches and their muddiness. City obviously replied with 'Eh...what?'

Neymar had obviously been brought up on a diet of English football from the 70s when pitches were nothing more than cabbage patches, men were savages and it was perfectly acceptable to wear flared jeans with tartan trimmings. 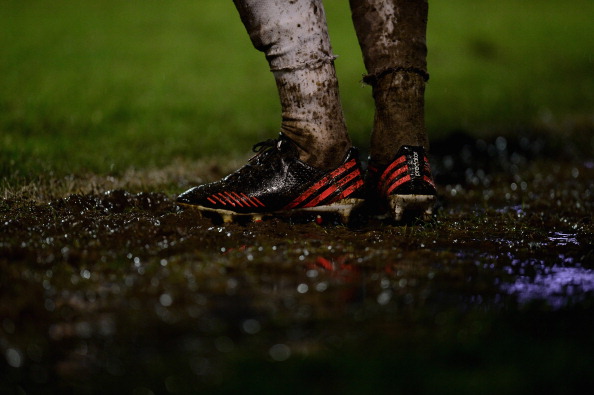 City took this as a clear sign that Neymar had no intention of moving to England and ceased negotiations there and then.

Hat-tip to The Guardian.


The Architects Of Business || JOE · "It doesn't get bigger than this for me" - Irish scientist wins EY Entrepreneur of the Year 2020
popular
QUIZ: How well do you know Elf?
QUIZ: Can you guess these European countries from their outlines?
The JOE Movie Quiz: Week 80
The 50 most iconic songs of all time* have been revealed
Donald Trump paid $3 million for recount that uncovered more Biden votes
The JOE Movie Quiz: Week 79
PICS: The man with the biggest penis in the world has one unbelievable problem with it
You may also like
4 days ago
Diego Maradona: A remarkable career in pictures
4 days ago
Tributes pour in after Diego Maradona dies aged 60
5 days ago
PS5 controller trigger will tighten to indicate player fatigue on FIFA 21
1 week ago
Megan Rapinoe admits 'teasing the English is such a pleasure'
1 week ago
Ryan Reynolds and Rob McElhenney's takeover of Wrexham AFC approved
3 weeks ago
Enjoy a 'Super Sundae' with a €10 No-Lose Bet on Liverpool v Man City with BoyleSports
Next Page