Visit Coppers on any given night and you’re bound to find at least 20 per cent of the crowd wearing county jerseys or other GAA-related material and that figure no doubt increased as Halloween revellers dressed up as their favourite figures from the world of Gaelic Football and hurling in the famous Harcourt Street nightspot last night.

Marty Morrissey costumes are ten-a-penny at this stage but this is the first time we’ve seen anyone dress up as inspirational Mayo midfielder Aidan O’Shea, the man whose performances and hairstyle took the Championship by storm this season.

JOE reader Barry McNamara went to Coppers dressed as O’Shea last night and judging from the picture he sent into us, he’s not unlike him at all, going to special lengths to get the fringe and the chin stubble just about right. 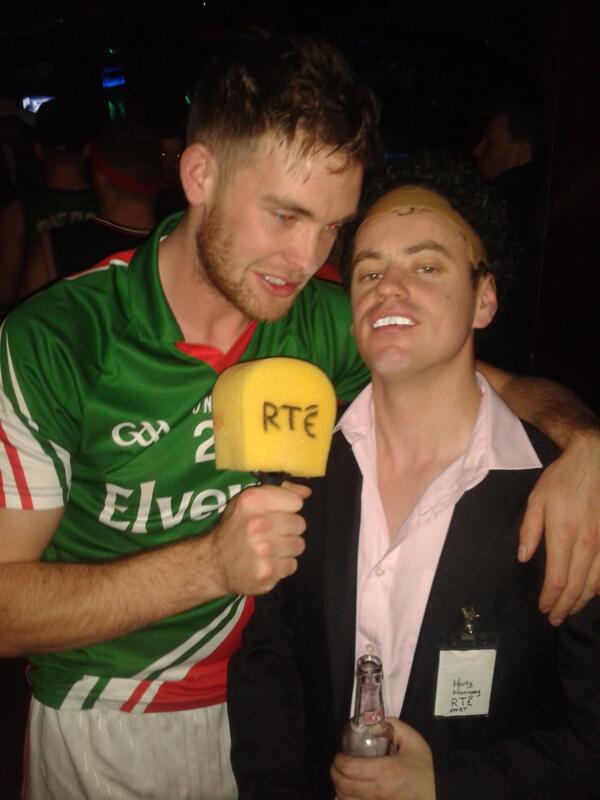 END_OF_DOCUMENT_TOKEN_TO_BE_REPLACED

We’re not so sure about the Marty lookalike but don’t be surprised to see a similar scene involving the two real-life characters in the same venue if Mayo can finally end the long wait for Sam next year.

popular
Netflix has just added one of the funniest shows of the last 10 years
Spielberg's best movie is among the movies on TV tonight
Netflix has just added 12 very big movies to their library
Police believe they know what happened to Nicola Bulley
The JOE Friday Pub Quiz: Week 332
QUIZ: Can you get 15/15 in this Irish general knowledge quiz?
Only two weeks left for Lotto player in Dublin to claim €250,000 prize
You may also like
3 months ago
Brendan Óg Duffy's father speaks powerfully about his son's death
3 months ago
Gardaí investigating alleged assault on under-9 GAA player at children's sports event
5 months ago
Roscommon GAA confirms investigation into alleged assault on referee during juvenile game
6 months ago
Looking for a hotel room for the All-Ireland Final weekends? It won't come cheap...
7 months ago
Taoiseach condemns "disturbing" fight at Galway v Armagh game
8 months ago
The 2 Johnnies share unbelievable catfish ordeal affecting over 40 people
Next Page