Well played all round.

Lots of Liverpool fans like Brendan Rodgers, but other football fans (including Liverpool fans) think that he comes out with stuff that is just a little over the top and even cringeworthy on occasion.

As a result, the Liverpool boss is the subject of numerous parody accounts on Twitter, including arguably the most popular one of all, Deluded Brendan.

The person behind the account decided to have a bit of fun with the Royal Mail today when wondering what happened to Rodgers' application for the Real Madrid job, a job that went to former Liverpool boss Rafa Benitez.

Got a serious issue. Could you help please?

@DeludedBrendan Hello, we will try to help, can you send me some details please?

The Royal Mail account was as helpful as they would be to any consumer seeking help and even suggested that Brendan might be interested in a new job closer to home seeing as the Madrid post was taken.

.@RoyalMail I sent an app form to Real Madrid and I've just seen Benitez has got the job. I can only assume my app got lost in the post? 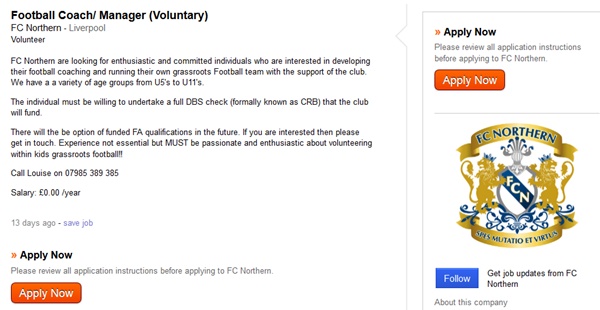 Deluded Brendan had the last word, finishing with a line that was classic Rodgers.

popular
The 50 most iconic songs of all time* have been revealed
PICS: The man with the biggest penis in the world has one unbelievable problem with it
Cork City Centre described as a "no go area" after man pulled from wheelchair in violent attack
Aer Lingus announces flight sale as US to lift travel ban for vaccinated EU passengers
A fantastic Tom Hanks performance is among the movies on TV tonight
The weather for the week ahead looks very autumnal indeed
"Vile" and "homophobic" protest outside Leo Varadkar's home condemned by TDs
You may also like
3 weeks ago
Manchester City's Benjamin Mendy charged with four counts of rape
1 month ago
Michael Ballack’s son Emilio, 18, dies in 'quad-bike crash’
1 month ago
Five football documentaries to watch to kill time before the new Premier League season
3 months ago
Christian Eriksen stable but may not play football again, says sport cardiologist
5 months ago
Martin Compston reveals moment he delayed Line of Duty filming to watch Scotland penalty shoot-out
8 months ago
All roads lead to Cheltenham after a busy Christmas period of shocks
Next Page