Thankfully, it hasn't affected his eyesight...

One of the cruelest things that can happen to a young GAA player is to have their summer robbed through an injury.

Cruciate and ankle ligament injuries have become more prevalent in recent years, and can result in long periods on the sideline for players as well as months of gruelling rehabilitation.

END_OF_DOCUMENT_TOKEN_TO_BE_REPLACED

While this injury probably won't require months of rehab, it's certainly not for the faint-hearted.

We spotted this image doing the rounds online of Emmet Riordan, who suffered a nasty eye/cheekbone injury in a minor football game.

He was playing with his club Ballyhooly in Cork, when he went to ground and a player on the opposition team came in with a fairy bad tackle.

When contacted by JOE, Emmet was unsure whether he was hit with a knee or an elbow, but the player received a straight red card for his tackle. 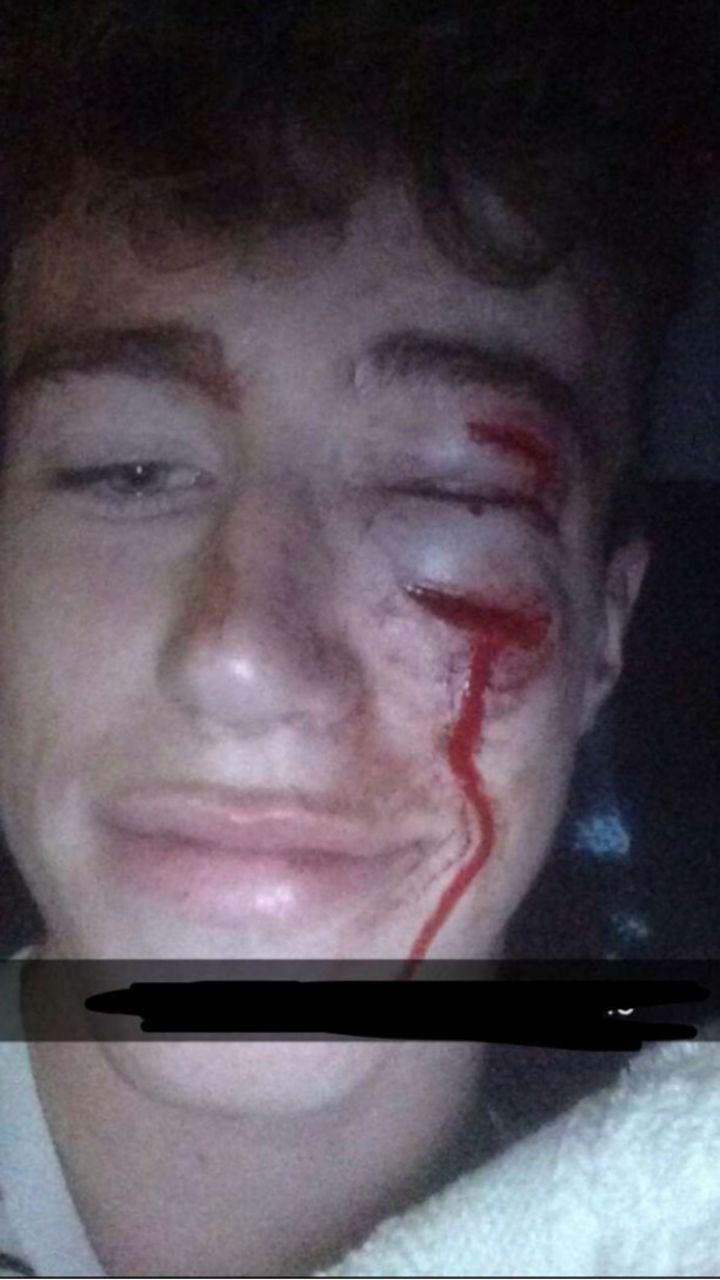 END_OF_DOCUMENT_TOKEN_TO_BE_REPLACED

Emmet required a trip to hospital after the collision where he received 10 stitches between the cuts above and below his eye, while the doctors are unsure whether his cheekbone is cracked or fractured yet.

But Emmet was in good spirits as he revealed that he wasn't too pushed over the whole thing because there's no problems with his eyesight resulting from the injury.

They make them tough down in Cork...

popular
Katherine Ryan says famous TV star is a ‘predator’ and everyone in industry knows
New plot details emerge for Christopher Nolan's upcoming epic Oppenheimer
The 50 most iconic songs of all time* have been revealed
Released 30 years ago today, this Irish thriller still has a worldwide impact
A great and gritty crime thriller is among the movies on TV tonight
Oscar-winning Fame and Flashdance singer Irene Cara dies aged 63
8 Irish Christmas markets and festivals you need to visit this winter
You may also like
1 month ago
Brendan Óg Duffy's father speaks powerfully about his son's death
1 month ago
Gardaí investigating alleged assault on under-9 GAA player at children's sports event
2 months ago
Roscommon GAA confirms investigation into alleged assault on referee during juvenile game
4 months ago
Looking for a hotel room for the All-Ireland Final weekends? It won't come cheap...
4 months ago
Taoiseach condemns "disturbing" fight at Galway v Armagh game
6 months ago
The 2 Johnnies share unbelievable catfish ordeal affecting over 40 people
Next Page