Maybe don't go any further if you've just had your breakfast.

Like many sports, Australia's Rugby League likes to keep their fans entertained at half-time with lots of crowd participation, usually in the form of on-field games to amuse the other spectators as fans compete for a prize or two.

The Penrith Panthers laid on a game called 'Big Ball Bash' at half-time in a game at the weekend which challenged two teams of two to try and get a giant ball past the opposition and over the try line.

END_OF_DOCUMENT_TOKEN_TO_BE_REPLACED

Of course, when the ref blew the whistle, the two teams flew at the ball, resulting in a fairly spectacular collision.

The end result? Well one guy had a dislocated shoulder but the other man, known only by his nickname 'Shunter', ended up with a fairly horrific broken ankle. 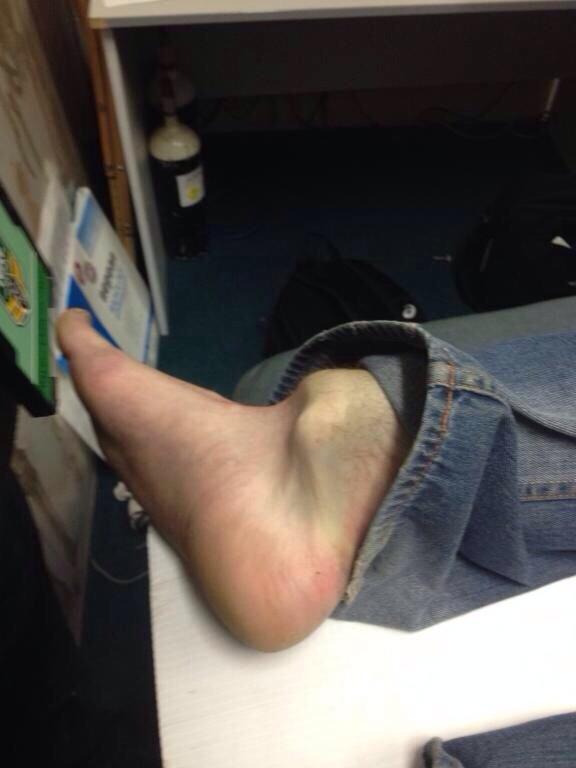 popular
Katherine Ryan says famous TV star is a ‘predator’ and everyone in industry knows
The JOE Movie Quiz: Week 181
20 years ago, one of the best sci-fi movies of the 21st century was a box-office bomb
QUIZ: Only the sharpest will get 100% in this General Knowledge test
The JOE Friday Pub Quiz: Week 322
QUIZ: JOE's Big News Of The Day Quiz #19
8 Irish Christmas markets and festivals you need to visit this winter
You may also like
2 months ago
Iconic rugby commentator Eddie Butler dies aged 65
8 months ago
Scottish Parliament official dies during rugby game in Dublin
9 months ago
Every Guinness fan needs to try these brand new experimental beers
9 months ago
"Samaritans saved my life" - Brent Pope praised for honest interview on Tommy Tiernan Show
1 year ago
QUIZ: How well do you know these famous Ireland players?
1 year ago
"You want to prove them wrong, even if they're not telling the right story" - Conor Murray
Next Page